After receiving his first degree in 3 dimensional design in glass from the University for the Creative Arts in 2010, Kane Cali was awarded CGS Glass Prize runner up in the national competition at the New Designers 2010, acted as an Artist in Residence at the UCA in Farnham and was immediately accepted at the Royal College of Arts in London, where he obtained his MA. He was also awarded a 2 year membership with the prestigious gallery Contemporary Applied Arts, where only 2 places are given each year. 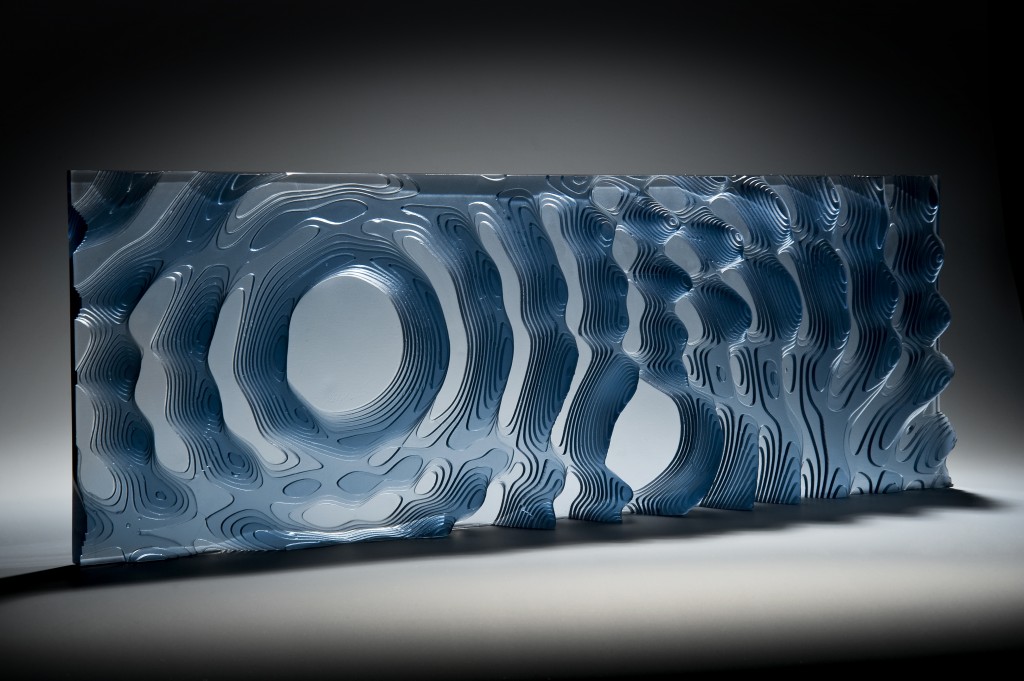 Coming from a background in 3D architectural visualisation he has always found himself fascinated by the ability to emulate reality through the use of CAD (computer aided design) software. From a designer/maker’s point of view, he finds that using such a method for producing work allows for a rapid, yet accurate sense of achievement within the creation process. It can be argued that using such a medium to work with can restrict the creative process. However, he believes that restrictions only exist within the fluency of the user’s ability to translate language. In this case the language is a digital process. The more fluent the user becomes, the fewer the restrictions. In saying that, this process is not without its limitations. CAD generated objects tend to take on a synthetic appearance due to the nature of their virtual makeup. This is not to say that limitations are undesirable; he finds that working within limitations allows for a smoother work flow; in many ways, the work is directed by its limited ability to appear flawless. Possibly, the ability to be perfectly precise in itself is the greatest limitation.

Driven by the need to identify with notions of reality, he finds himself exploring digital realms and in consequence, brings his findings to fruition within our tangible reality. “Reality born of the Digital Filter ‘’ as he puts it and this is found in past work, the Ripple Landscape, which is made from cast lead crystal. This body of work reflects upon ideas of origin were the ripples act as language; a universal system to which humanity and the universe can relate. The ripple is void of emotion, indifferent to human philosophy, unaltered by the good or the bad. The most intriguing element of this work is that it deals with a faceless force, yet the work makes full use of material qualities in its ability to be identified with its subject.

His more recent works are the Insignificance & Beauty collection which are made out of ceramics and cast lead crystal. This work aims to capture simple moments of beauty through recordings of everyday happenings that eventually lead to forms created through the embodiment of ‘insignificant’ moments that came as fast as they left.

These days you can find Kane working on expanding his art into the luxury retail and high end homes market for which he is producing designer tiles.

New furniture for your courtyard