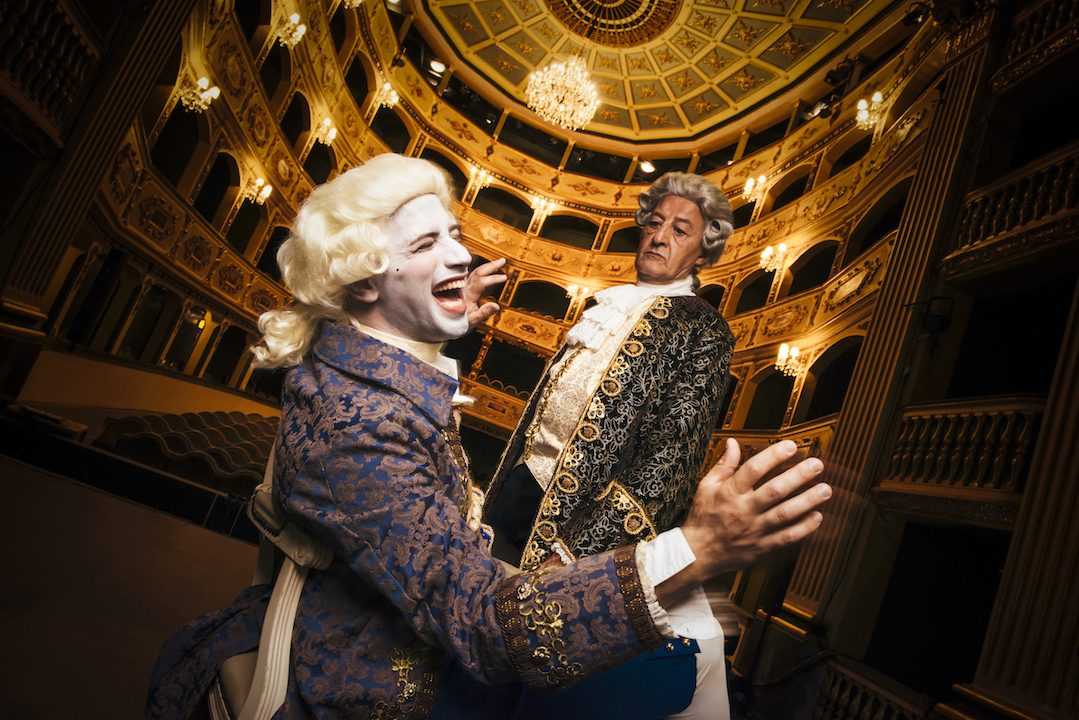 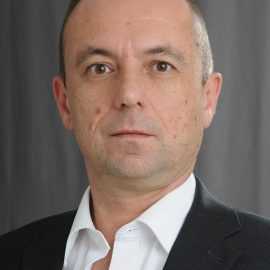 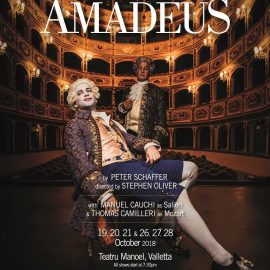 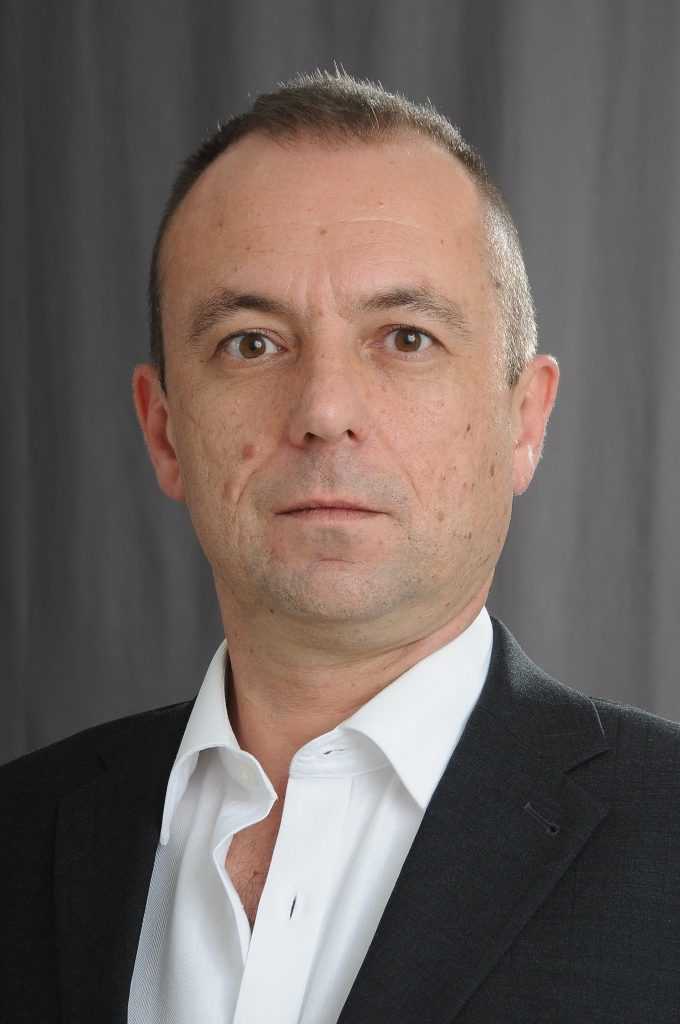 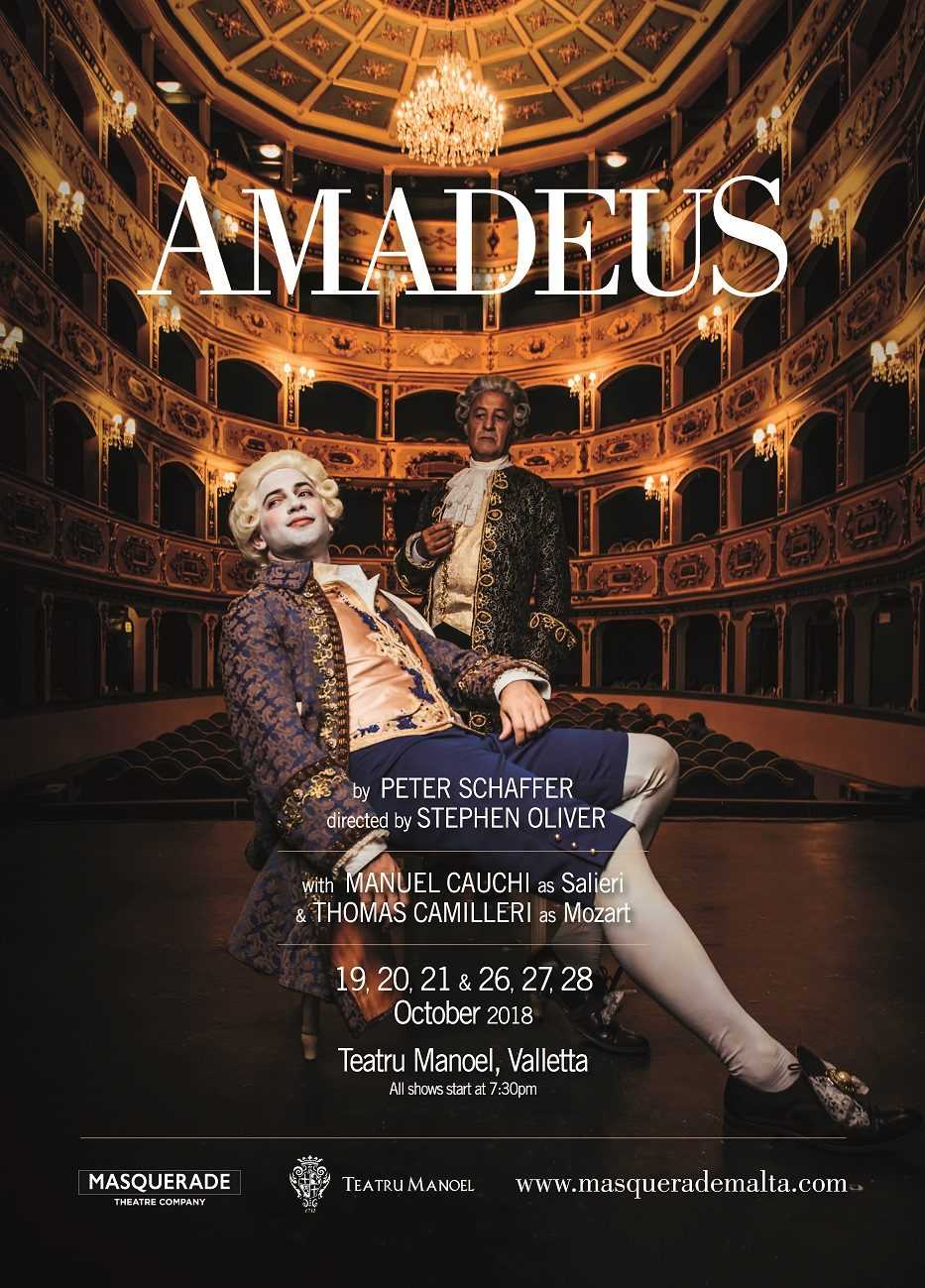 The world-renowned Peter Shaffer play Amadeus will return to the Teatru Manoel stage this month, after having been performed there under the same company 16 years ago.Masquerade Theatre Company is producing Shaffer’s masterpiece which will feature Thomas Camilleri as Mozart, Manual Cauchi as Salieri, and a solid ensemble including Michael Mangion as Emperor Joseph II. Mangion tells indulge.com.mt a little about his character and the play.

Tell us a little bit about your character, Emperor Joseph II. What part does he play in the volatile relationship between Mozart and Salieri?
The real Emperor Joseph II was considered as one of the three great Enlightenment monarchs (the others being Catherine the Great of Russia and Frederick the Great of Prussia), a great lover and patron of the arts and known as the “Musical King”. Peter Shaffer, however, admits to portraying the Emperor differently to what history tells us about him. In Amadeus he is well-intentioned but somewhat baffled and with limited musical knowledge. He is the reason Mozart and Salieri meet and the ensuing battle between them for the Emperor’s approval is a major undercurrent in the play.

The play was written almost 40 years ago, yet continues to be performed all over the world – in fact it is the second time it is being produced here in Malta by Masquerade. What is it about the play that audiences find so fascinating?
For a start, it is an extremely well-written, fast-paced and intriguing play, hence, the numerous awards it received. I suspect that one major reason for its continued attraction is that, although it is a work of fiction about real people and revolves around the two contrasting and fascinating characters of Salieri and Mozart, there is a third protagonist which is Mozart’s music. Mozart is probably the most prolific classical composer and just as the popularity of his music has never waned since it was first heard so too, I suspect, would anything else written about him.

Stephen Oliver is directing this version of the play – what is he bringing to the production that audiences can look forward to?
Besides a strong cast (okay I’m biased), Stephen is bringing an exciting visual element to the play and incorporating modern stage technology with the traditional whilst keeping faithful to the script. He is also giving the same weight to the portrayal of the characters as he is to the importance of the music. I defy anyone, whether they are a classical music lover or not, not to regard Mozart’s music more favourably after watching this production of Amadeus.

Events Manager at Teatru Manoel by day; actor by night – theatre is clearly an important part of your life. How long have you been involved in the industry?
Excluding school plays, my first theatrical outing was at the age of 13 understudying the boy soprano in MADC’s Measure for Measure. I haven’t looked back since. When I first moved to London (many years ago) I won a scholarship to study full-time for three years in the performing arts at the London Studio Centre. I then worked in various theatres for many years and in all departments from the stage door right through to front-of-house. The short answer to your question is a very long time.

And finally: what do you indulge in during your spare time?
Sleep, wine and eating out. I also try and watch as much of what’s on in the local theatre scene. Talk about a busman’s holiday!

Amadeus by Peter Shaffer is a Masquerade Theatre Company production, and it will have six performances at Teatru Manoel, Valletta between 19-21 & 26-28 October 2018. Tickets available via www.teatrumanoel.com.mt