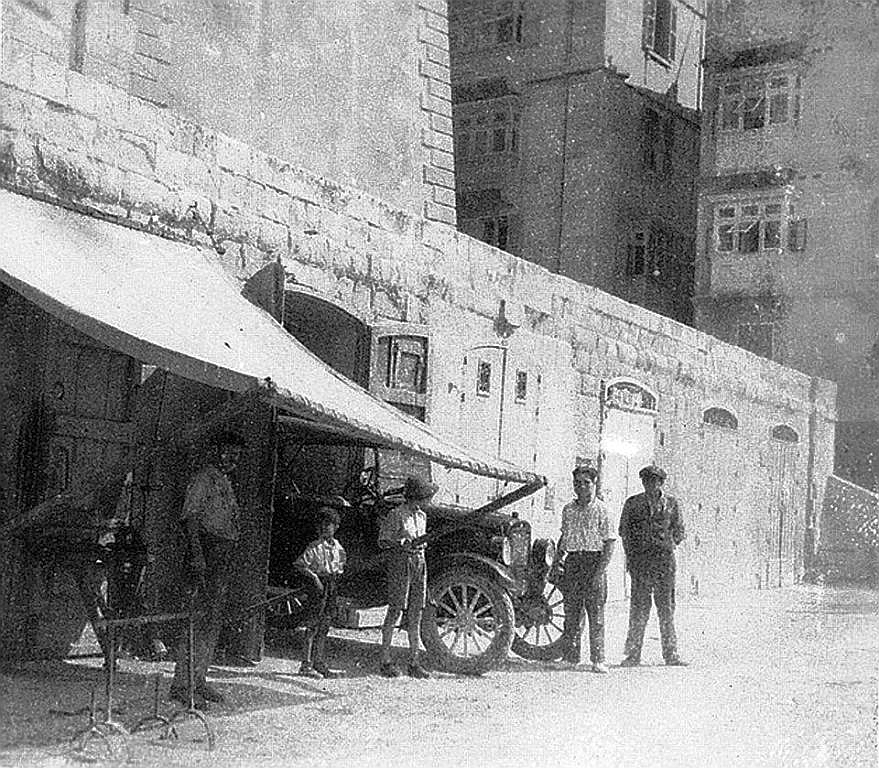 1. How do we know when the photo was taken?

This photo was taken circa 1930, give or take a few years. It is evident by the attire of the people in the picture as well as the car model.

2. Why is the car significant?

The car is a 1926 Ford Model T Coupe; note the wonderful spoked wheels and protruding headlights. Just twenty years or so after the first 1904 Siddeley terrified local people, who nicknamed it “il-karrozza tan-nar” or “the car of fire” (reference: The Times), this was a time when not many people could afford to own a car, and this Model T would have been considered a gem at the time – as it is even now! No doubt its owner considered it his pride and joy. This is highlighted by the fact that the people in the picture are posing with it, as one would so as to keep a memento of something special.

The man in the white shirt seems to be the one with the keys, as his body language indicates. He is standing closest to the car, with his body turned towards it, and looking directly at the camera. The others are probably friends or neighbours who are just hanging around, curious to look at the new toy.

4. What do we see by the children’s reactions?

It seems that the eldest child isn’t too concerned with the photograph, because his mind is focused on the vehicle. Considering the fact that having your photo taken was also uncommon at the time, and that it was something that would normally create excitement in a child, it is evident that, in this case, all the child’s attention is on the the car he finds so fascinating. He is old enough to be personally interested in cars and engines, however the youngest seems to be more interested in the actions of the man on the left – who may be his father or uncle – in order to formulate some assessment of the object depending on the adult’s reactions.

5. Did you know that the clothing isn’t random?

An interesting observation about the fashion at the time: three out of five members are wearing a cap, and the boys are wearing knee-length shorts while the men are wearing trousers. Up until early to mid last century, it was quite standard across Britain, Europe, Australia and North America for boys to only wear shorts. It was something of a rite-of-passage for young men to be given their first pair of trousers when they had reached a certain age, height or maturity.

6. What is special about the place the photo was taken?

The photo was taken in Marsamxetto Road, just below the belfry tower of at St Paul’s Anglican Cathedral in Valletta. This area of the historic capital could be considered the equivalent of an “industrial estate” full of workshops of skilled workers, such as mechanics and carpenters. The place is also known as “Fuq il-blata”, or “on the rock”.

33 ways to happiness in under 3 minutes