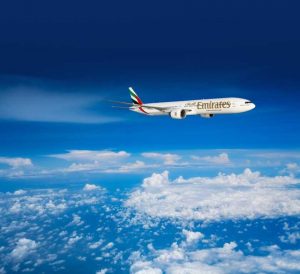 Emirates and Jetstar have announced an agreement which is set to open up new destinations for Emirates passengers across Australia, New Zealand and South East Asia as the Dubai-based airline continues to connect people, places and passions.

Members of Emirates Skywards, the airline’s frequent flyer programme, will be able to earn Miles for flights on Jetstar-operated routes which have the Emirates code, they will also be able to use their Miles to purchase reward flights on any Jetstar operated route**, starting from just 7,025 Skywards Miles.

“This new link between Emirates and Jetstar offers our passengers a number of benefits including new routes to destinations that are not part of the Emirates network today,” said Adnan Kazim, Emirates’ Divisional Senior Vice President, Planning, Aeropolitical & Industry Affairs.

From 6 April, all Emirates’ passengers on Jetstar flights will receive boarding passes on check-in at their first international departure point for connecting international services.

The codeshare includes seven domestic routes in Australia to add to the 50 that Emirates already codeshares with cornerstone investor in the Jetstar Group, Qantas; four new routes in New Zealand, six new routes between Australian and New Zealand over the Tasman Sea and ten international routes out of Singapore to Indonesia, Cambodia, Vietnam, Malaysia, Thailand and Hong Kong.

Emirates/ Jetstar codeshare itineraries will be on sale from the 13th February 2014 for travel from the 6th April 2014. Emirates frequent flyers will be able to redeem flights with points from the 1st March 2014.

Emirates operates daily scheduled flights from Malta to Dubai. On Mondays, Wednesdays, Thursdays and Saturdays Emirates flies via Larnaka, Cyprus, while on Sundays, Tuesdays, and Fridays, the airline operates direct flights from Dubai to Malta and return flights fly via Tripoli.

Tricia Williams plays at The Manoel