Viola and piano recitals are rare on this Island and Manoel Theatre are presenting a wonderful opportunity to experience the sound of this string instrument. Karl Mifsud plays on a viola made by Fabio Piagentini in 2007 and is accompanied by the “enfant terrible of Maltese piano” Charlene Mifsud. 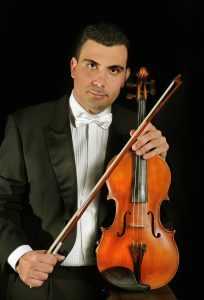 Karl is a graduate of Trinity College of Music, London studying viola in the class of Rivka Golani and the Royal Gent Conservatory, Belgium studying with the eminent viola virtuoso Mikhail Kugel.  He has worked with other renowned musicians and performed to great acclaim in Belgium, Israel, Austria, Italy, Malta and the United Kingdom.  He is currently a member of the Malta Philharmonic Orchestra, has a vast repertoire that spans from Baroque music until music of the present time and is also in great demand as a chamber musician.

Charlene Farrugia is one of the most prominent performers of the younger generation. A graduate of the Royal Academy of Music in London, she also holds a Doctorate in Piano Performance from the class of Kenneth Hamilton. Charlene has performed on several European and US tours and has given piano recitals in honour of the President of Greece, and the President of Montenegro on their state visit to Malta.

Have you got a magic spoon