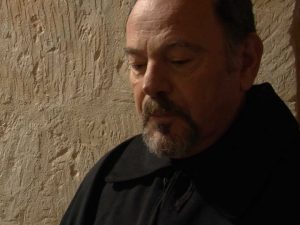 This April 11th 12th and 13th, STAGUN TEATRU MALTI will be presenting their most challenging production so far. CITTADIN VASSALLI is about the most controversial character in Maltese history. Director Mario Philip Azzopardi did not pull any punches, “The only time the Maltese fought against their own freedom was during the French Occupation. Vassalli tried to rally his compatriots but instead, they allowed the powers of the church and the local nobility, who had been divested of their titles by Napoleon, to steer them away from rights and laws that freed them from centuries of servitude and political irrelevance”.

As Frans Sammut says in his introduction to his book IL-HOLMA MALTIJA, Vassalli was no saint. His short lived success after the arrival of the French and ousting of the Order of St John, which he had fought against all his life, was thwarted by counter resistance and outright militancy led by the Catholic Church who stood to lose its entrenched power.

The play is not a history Lesson. It is a “fantasy” of political conundrums staged to represent Vassalli’s own inner turmoil as he faced ignorant local political intransigence. In many instances in the play there are stark parallels drawn between the “then” and “now” in regards to the present Maltese political sphere. At other times the play addresses national current issues, culminating into what many are calling a direct attack on our National Anthem.

The play stars Sean Buhagiar in the lead role with John Suda as Dun Saverio Caruana, Mario Micallef as Dun Mikiel Xerri, Godwin Scerri as Grandmaster De Rohan and Larissa Bonaci as Katerina Formosa de Fremaux. The dialogue, penned by Tyrone Grima, follows the modern Maltese idiom and all “foreign characters” speak to each other in Maltese. It is not a realistic representation of the time but an attempt to again bring to the fore, the Maltese experience, as it has never been presented before.

These boots ain't made for walkin'