A love for Makeup through the decades.

The history of makeup fascinates me because makeup in all it’s forms has literally been around forever. From the Egyptians to the Victorians, Men and Woman alike, yes we’ve been vain forever! But I don’t like to look at makeup through vanity, I mean it’s just the same as wearing fashion trends, doing your hair a certain way. The same people who criticise wearing makeup even have their own style, sure why don’t we all just wear the same clothes and cut our hair the same way then.
Makeup to me is a form of self expression and has always been an escape for me. I find it therapeutic and it’s one of the only things I can do that switches my brain off from over thinking. I have loved it since I can remember, textures and colours stir up excitement in me.

I haven’t bought anything new to review lately so I thought I would go back to my college days and talk about the most remembered looks from the decades and the makeup influence that has rippled through to today’s trends.

The roaring 20s
Makeup definitely matched the era! We can’t picture a flapper look without thinking of skimpy rounded brows, lips filled higher on the Cupid’s bow and bottom to create that signature pout using deep reds, browns and plums and a pale face with heavy kohl on the eyes

The 30s
The decade didn’t disappoint with makeup and a more feminine soft look was what was desired, very similar to the 20s but toned down and more rounded using lighter shades on the eyes

The 40s and 50s
In my opinion, the 40s is the most iconic decade when it comes to what has shaped makeup until now and I paired it with the 50s because they are very similar. As soon as I hear 40s look, I thinks Hollywood glamour, Casablanca! Perfect arched brows, a red lip and contouring to enhance features and the ultimate classic – winged liner (sound familiar)

The swinging 60s
Hey Twiggy!
You can’t think of the 60s without that iconic image of twiggy with the quintessential makeup look of the time.
Pale shades faces and pastels were used a lot but when it came to black liner, it was all about drawing in your crease… similar to the cut crease trend of the past few years, nude or pale pink lips and drawn on lower lashes were also a big hit.
For my historical era exam in college, I recreated Pricilla Presley’s wedding Makeup and it’s still one of my favourite looks.

The 70s
Flower power era!
The everyday makeup took some inspiration from the 60s but a lot softer and pretty using shimmers instead of mattes and sheer liquid foundations over powder. When it came to disco fever, however, glitter, liner and false lashes were all the rage.

The 80s
What a time for self expression and change including when it came to fashion and makeup. Punk, New Romantics…
Makeup trends in the 80s were bold, avant-garde and in your face.
Bright acid colours, heavy eye liner, drawing on your face, think David Bowie.
Brows were big and bushy and colour was everywhere without balance.

The 90s
The decade of the super models and the drag scene! Hey kitty girl!
When I think of 90s makeup I think of rich brown lips, full brows, softly contoured cheeks and everything being quite monochromatic and earthy. On the other hand I think of the spice girls and towards the end of the decade, brows got thinner and everything a little grungier.

The 00s
The year 2000 and what followed was really a mixed bag! The decade I turned 13 and started experimenting with makeup. What stands out the most for me is everything was in liquid form for a while like eye shadows, glossy lips, metallic everything (oh God) spidery lashes, over plucked brows… but then towards the end of the decade The Smokey eye, a fuller brow, contouring, highlighting all started to grace our faces!

The 10s
The decade of highlighter and the palettes!
Probably the most changeable decade when it comes to makeup trends, the last ten years has been phenomenal for the cosmetic industry and seen the rise of the influencer.
Anything goes wether you love a natural look or full on glamour, you will be contoured, highlighted, blended, crease cut, liner sharp… you get the picture. If you notice all the trends from the last few years have been taken from all previous decades and amplified!!
Contouring was always there, liner too! Like clothes fashion, makeup will constantly repeat itself and take influence from other decades.

If you are bored out of your noggin, why don’t you try and create a makeup look from an era you admire?… lots of fun! 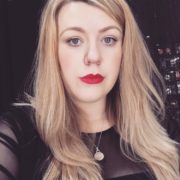 Baby Bag Essentials - that won’t weigh you down

Base Series – Prep and Prime

Base Series – The Concealer