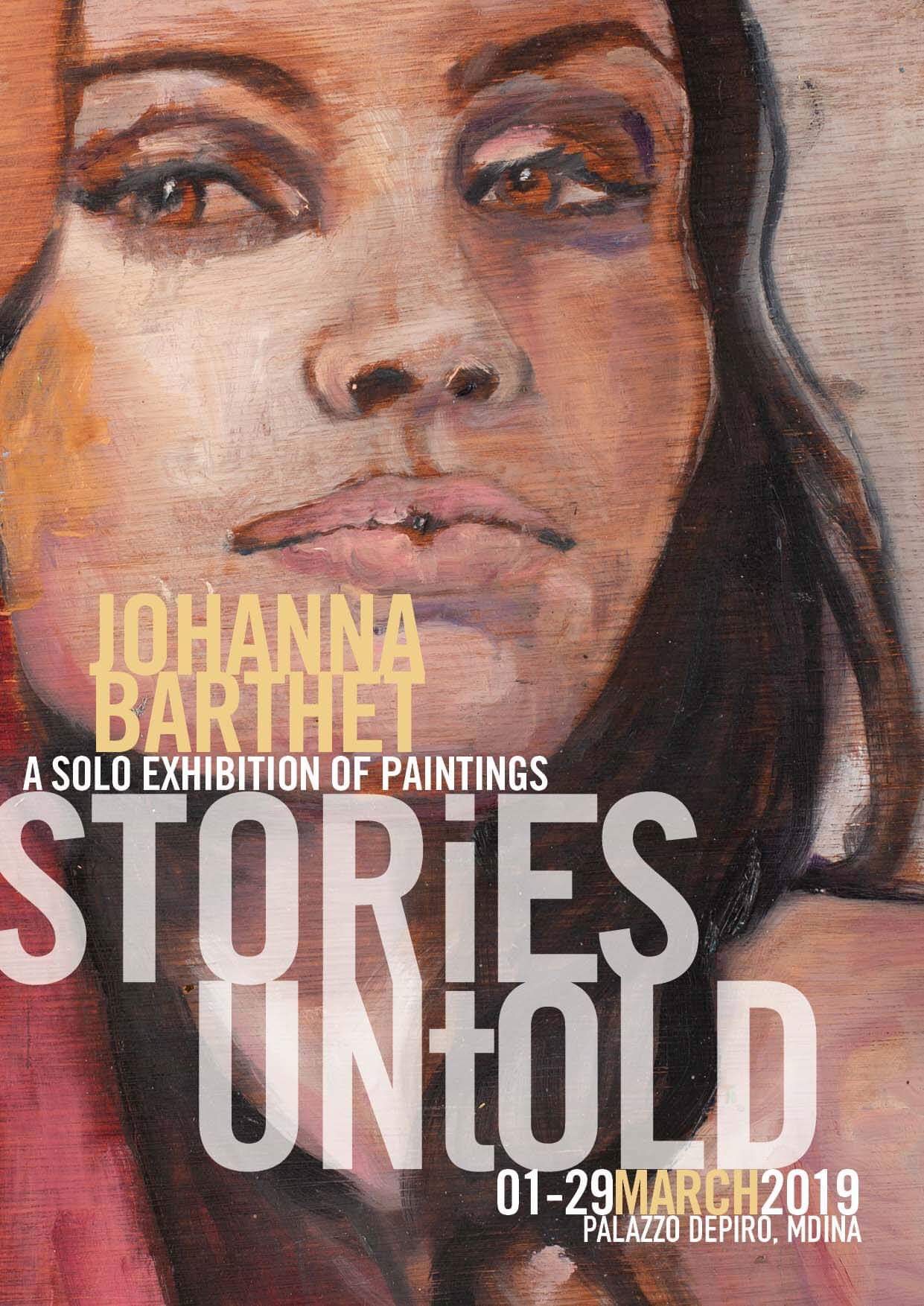 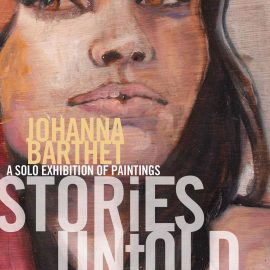 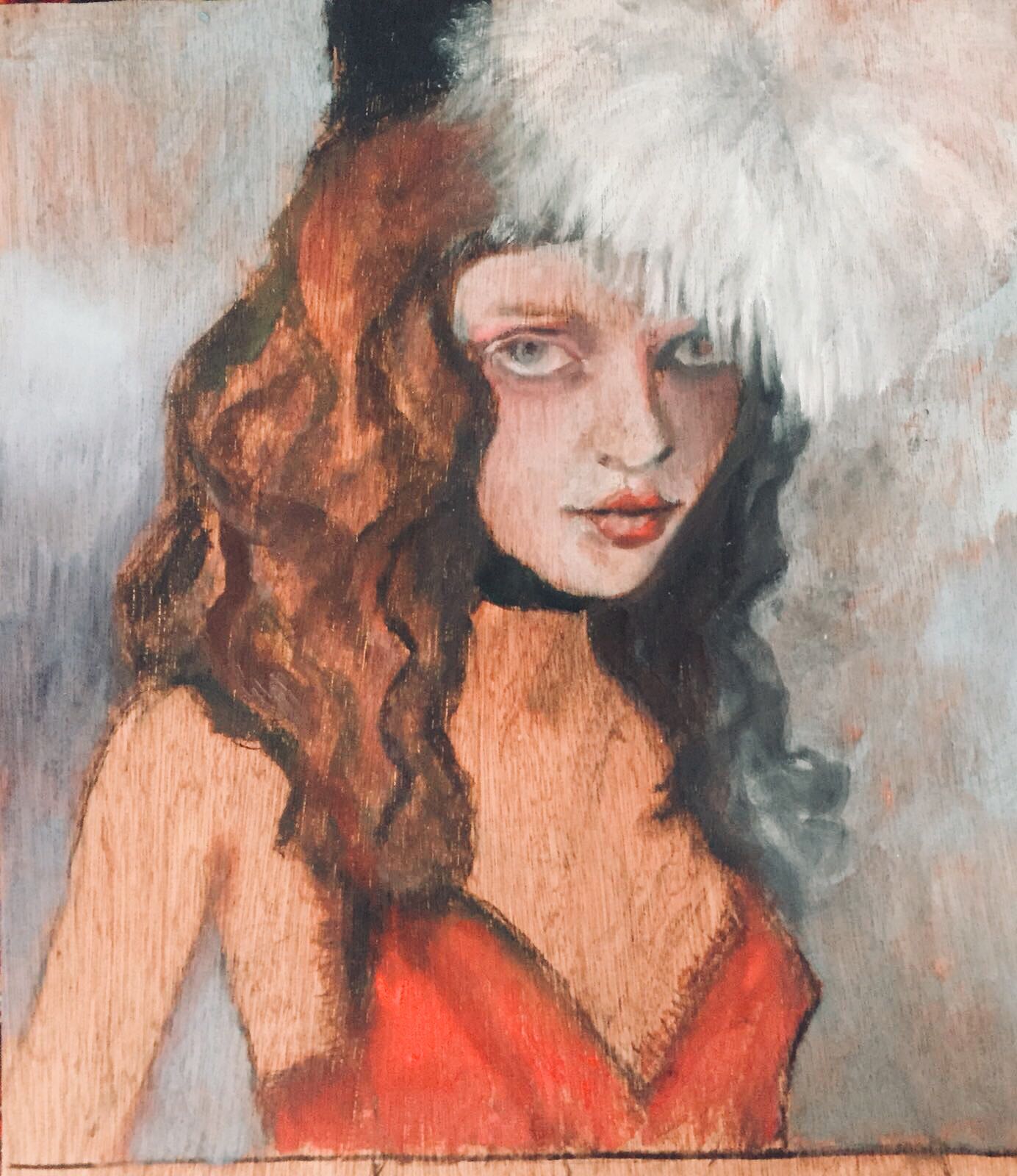 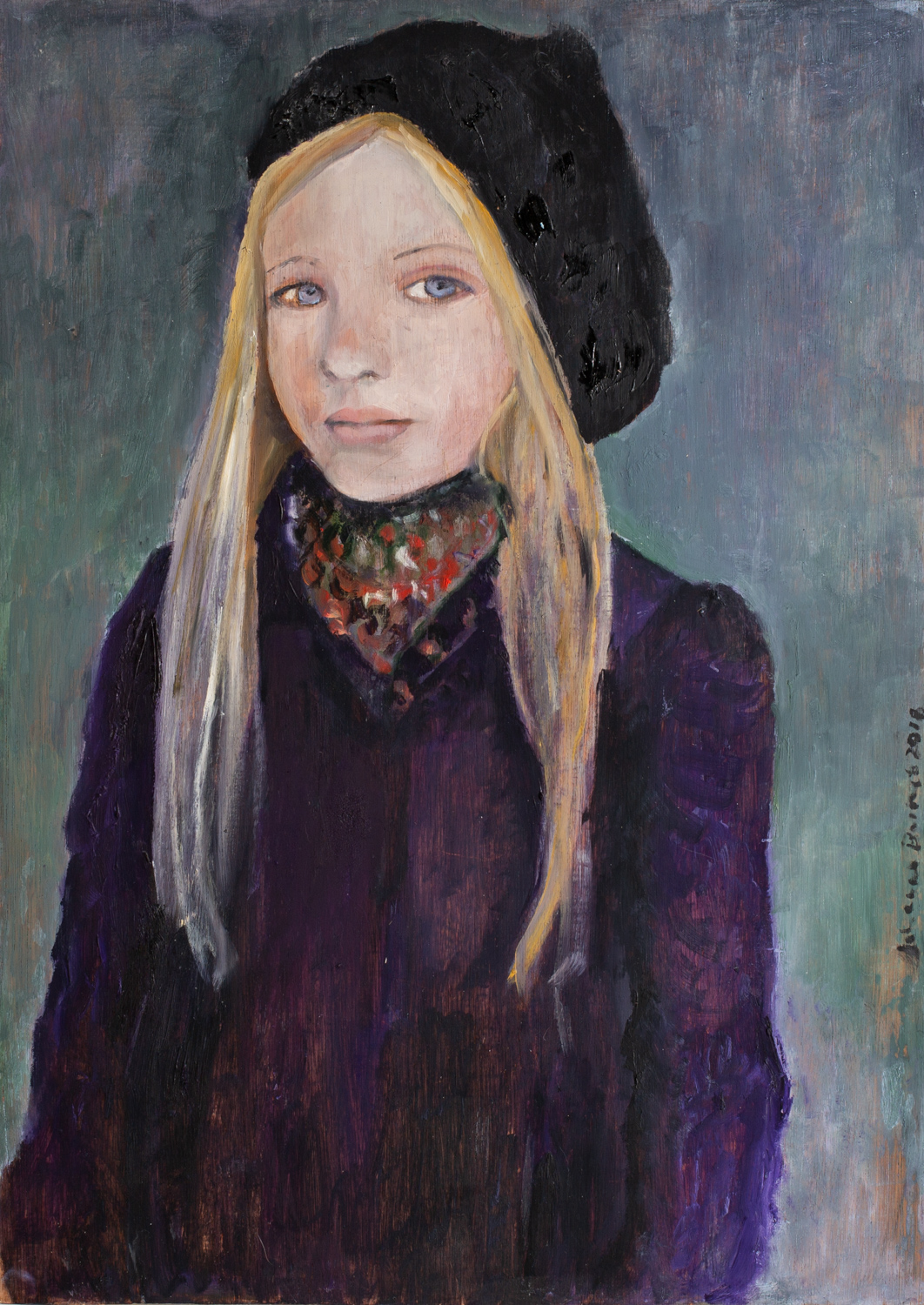 Johanna Barthet is a passionate Maltese artist who portrays the human form. She is intent on capturing the psychology of figures evoking a range of emotions. Many of her works are introspective. Although she has received formal artistic training in the past, she is largely self-taught and has achieved a unique mode of expression.

Johanna Barthet’s first solo exhibition will being held during March 2019 at Palazzo De Piro in Mdina, and consists of a series of small and medium scale paintings.

Collectively titled “stories untold” the enigmatic figures allow for an abundance of mystery waiting to be discovered by each and every painting. More often than not, the subject is a woman, and moreover, these females tend to be the artist’s self-portraits in disguise. Although figures are the main subject, it is their psychological state that takes centre stage. Johanna Barthet dreams up stories for her emotionally-charged characters that are only partially revealed in the paintings, leaving one’s imagination to wander.

There appear to be contrasts in how these females are being projected in the series; perhaps revealing a dichotomy in the artist’s own conduct. These sometimes innocent and sometimes iniquitous ladies will remain etched in the viewer’s memory. They can be diffident or sensual, even seemingly disturbed and onerous. They are demure in their stance or brazenly look fixedly at the spectator, not awaiting judgement but begging to tell their individual story. They are raw and fluid in their execution with Barthet having taken advantage of the panel as a support. The figures are set against simple backgrounds, with the main focus falling on the individuals and their emotion, outfits, gesture and palette.

Executed largely in oils on panel, the outlandish figures are a culmination of much experimentation, especially those that took place in the last twelve years during which Barthet attended several short courses. Ever since she was a child, Barthet would sketch and inevitably find herself portraying a young girl with straight hair and a fringe that inexplicably was a version of her own self.

The main inspiration is thus herself, but also people and the boundless narratives they could tell. Johanna Barthet’s style may seem reminiscent of the late 19th- and early 20th-century art of Henri de Toulouse-Lautrec and Amedeo Modigliani. Barthet is a great admirer of both these artists’ work but she does not slavishly replicate the style of either. Nonetheless, the focus on the female and portrayal of the self hark back to Paula Modersohn Becker, an artist active at the turn of the 20th century who died young but who was an early propagator of Expressionism.

You like choice? Choose to do something valuable today