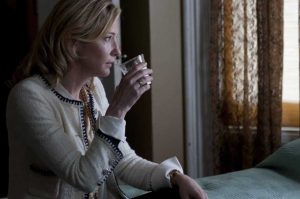 Blue Jasmin, the movie for which Cate Blanchett won the Best Actress award at this year’s Oscars, Golden Globes and Baftas, is among the movie premières showing on GO Stars in July. Other highlights over the coming month include Kick-Ass 2, Men in Black 3, Total Recall and Jackass Presents: Bad Grandpa.

The movies showing throughout July feature a who’s who of Hollywood stars including Alec Baldwin and Peter Sarsgaard starring alongside Blanchett in Blue Jasmin, showing on 12 July at 9.00pm. Will Smith, Tommy Lee Jones, Josh Brolin and Emma Thompson star in Men in Black 3 which will be broadcast on 3 July at 9.00pm while Colin Farrell, Kate Beckinsale and Jessica Biel appear in Total Recall, which will be aired on 10 July at 9.00pm. Johnny Knoxville rounds off the list of superstars in his Jackass reprisal Jackass Presents: Bad Grandpa to be broadcast at 10.45pm on 14 July.

The other movies premièring in July are Here Comes the Boom, Worried About the Boy, Bula Quo!, The Saint, McKenna Shoots for the Stars, Murder on the Home Front, Along Came a Spider, Battle of the Year, A.I. Artificial Intelligence, West of Memphis, Runner Runner and The Wipers Times.

“In addition to all the premieres, GO Stars subscribers will also be able to once again enjoy many great movies which will be shown as part of a number of special themed days during July. These include Lincoln, 42, and Invictus, which will all be shown on 18 July to mark Nelson Mandela International Day as well as War Horse, My Boy Jack and The Birdsong, which together with The Wipers Times will air on 28 July to mark the Centenary of the First World War,” continued Farrugia.

More information on GO Stars which is available from as little as €6.99 per month can be obtained from all GO retail outlets and exclusive resellers, by calling Freephone 80072121 or visiting www.go.com.mt