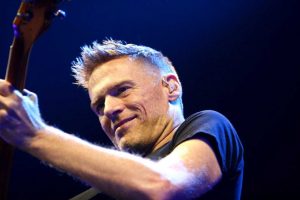 Rock superstar Bryan Adams, will be plugging in once again and hitting the road with a full band this November to celebrate the 30th Anniversary of the multi-million selling album, ‘Reckless’. Bryan Adams tickets go on-sale 9am GMT on Friday 11th April and are available from www.livenation.co.uk or www.ticketmaster.co.uk.

Since its release in 1984, ‘Reckless’ has gone three times Platinum in the UK alone. It spawned huge hits such as “Run to You”, “Kids Wanna Rock”, “Somebody”, “Summer of ’69”, “One Night Love Affair” and “It’s Only Love” a duet with the incomparable Tina Turner. ‘Reckless’ also gave Bryan is first U.S. #1 on Billboard with “Heaven” as well as a Diamond Award for over a million sold in his home country of Canada. The album was the turning point in Adams’ career, as his music opened up new country’s, resulting in his hugely successful World Wide in ’85 Tour.

Bryan Adams tickets go on-sale 9am on Friday 11th April priced at £39.50 regionally, £42.00 for Wembley and £38.50 / £45.00 for The O2 London (subject to per-ticket charge plus order processing fee) and are available from www.livenation.co.uk or www.ticketmaster.co.uk

Stand up and laugh

It's a knockout event for Inspire