Does wine age better in the sea? The sea brings a magic touch to the wine and the bottle. Is it due to the evocation to our subconscious of the bottle in the sea enclosing an SOS or a love message, the wreckage’s treasure or Christopher Columbus and the indefinite sea crossing?

Or is it due to some established facts? In the past, young wine sent in barrels to the Indies had a better taste when it came back. Chateau Latour’s intendant, at the time of the official 1855 classification, was proud that his wine resisted the best to those sea travels.

So wines on board for crossing or submerged in the sea for decades (or more) and tasted after, were found to have improved or kept better than on land. 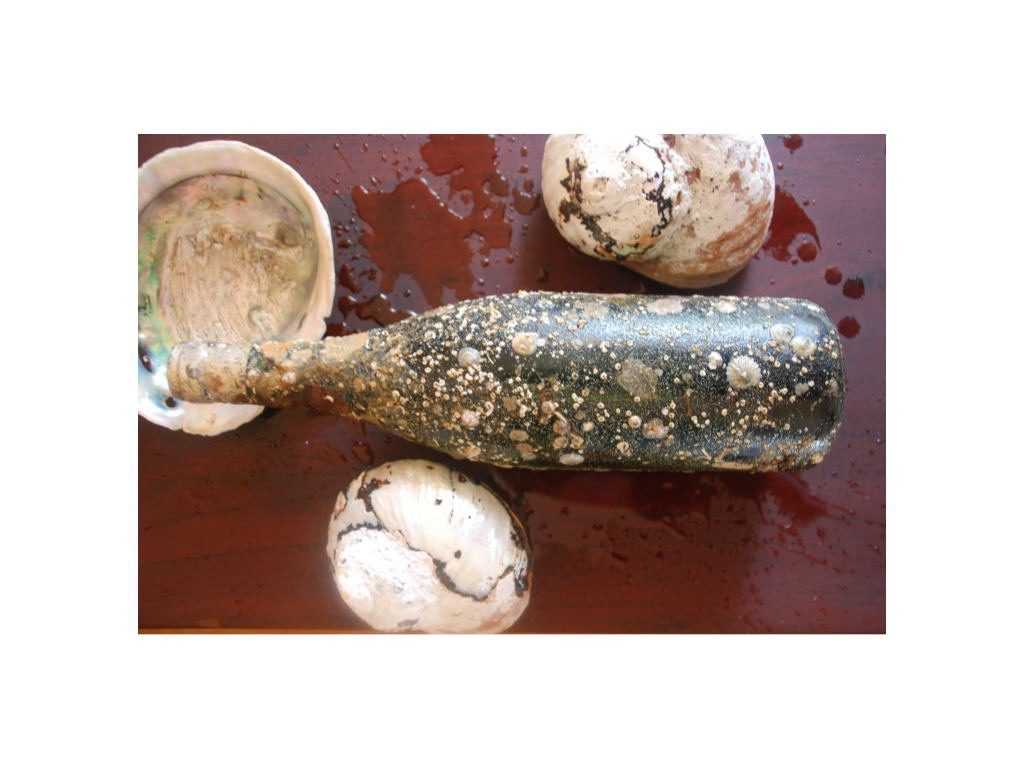 How and why? Let’s try to find some reasons.

The experience is often the result of a winemaker meeting an oyster farmer and this theory is being tested at the moment:

It all started in France in 2007 when Emmanuel Poirmeur engineer and winemaker in the Basque region had the patent for wine-making techniques and ageing wines in the sea.

Then, more famous château like Château Larrivet Haut-Brion, from the appellation AOC Pessac-Léognan in Bordeaux area, tried the method with cuvée Neptune 2009 vintage. This “cuvee” has been transferred into 55 litters casks after 14 months of ageing in barrels and the casks have been immersed in Bassin d’Arcachon in the Atlantic sea. They choose to use a 55 litre cask instead of keeping the wine in the 225 litres (the usual conditioning barrels) to make the transport more convenient.

So this wine was tasted in November 2012 and presented very clearly on the nose smoky flavours. There was also a slight salty sensation! How? There has been an infinitesimal quantity of sea water migration into the cask and it affected the salinity level! It was also noticed that the degree of alcohol dropped from 14.2 degrees to 13.6 degrees.

So this “cuvée” Neptune seems rounder and softer compared to the equivalent wine aged on land in traditional wood barrels. Bruno Lemoine mentioned the tannins polymerised which means that they give an older felling to the wines than in reality.

An other example of the test was effected with 1000 bottles in crates of 350 bottles each of Anjou placed at 14m depth in an oyster farm in Quibreon, Brittany Bay for 8 months. The crates came up covered with oysters and limpets. The wine was at an average of 15 degrees Celsius, the bottles were rocked by the sea and this had the same effect as raging on land for 1 year. 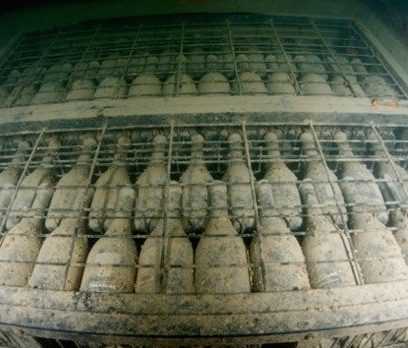 Why and how the sea can affect wine ageing?

Those experiences are actually changing some of the principles used in wine ageing in traditional method.

The sea is not 100% dark, there are currents rocking the bottles or tanks moving the lees, the temperature can be up to 15 degrees Celsius, some extra salt in the wine tend to soften the tannins, a modification of the PH and drop of alcohol level is happening.

Will the privation of oxygen give the possibility to have a longer life spend for the wine after raising back to the surface?

Now the question will be to see how those wines will age compare to their land-aged wines!

It will be the purpose of the follow up of this article….in the near future

To find out more about wine, join Carole’s facebook group

A Volunteer is not worthless, He is priceless

My favourite wine and dine