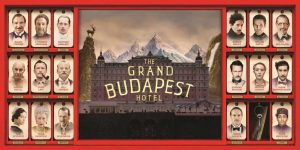 GO Stars HD subscribers will be able to enjoy a range of world class, exclusive TV and movies this Christmas including a 2 hour Downton Abbey special airing on Christmas Day at 10.30pm. Other highlights include animated movies for children every morning from 22 to 31 December, except on Sunday 28 December, when ‘Smash Hit Sunday’ will showcase a variety of great movies.

On Christmas Day, fans of the multi-award winning period drama Downton Abbey can enjoy the finale of the fifth season at 9.30pm before the Christmas special premieres at 10.30pm. Those who have missed any episodes of the current series can also tune in on Sunday 7, 14 and 21 December at 7.15pm for back-to-back episodes.

‘Smash-Hit Sunday’ will take place on Sunday 28 December and showcase some of the best movies shown on GO Stars HD during 2014. The movies being broadcast include; The Amazing Spider-Man, The Secret Life of Walter Mitty, The Monuments Men, Iron Man 3, Prisoners, Star Trek Into Darkness, Gravity, The Book Thief, We’re the Millers and Django Unchained.

The children’s animated movies airing at 9.15am every morning from 22 to 31 December with the exception of Sunday 28 December include; Smurfs 2, Epic, Arthur Christmas, Free Birds and The Lego Movie. Throughout Christmas week there will also be a series of Christmas themed movies for all the family which will air at 7.30pm. These include Merry In-Laws, Pete’s Christmas and Nativity 2: Danger in the Manger.

More information on GO Stars HD which is available from as little as €6.99 per month for existing GO TV customers, can be obtained from all GO retail outlets and exclusive resellers, by calling Freephone 80072121 or visiting www.go.com.mt. A full schedule for GO Stars HD can also be found at https://www.go.com.mt/personal/tv/channels/what-s-on-tv

Celebrate the New Year in style

0
Monique Chambers December 1, 2014
No Comments Yet