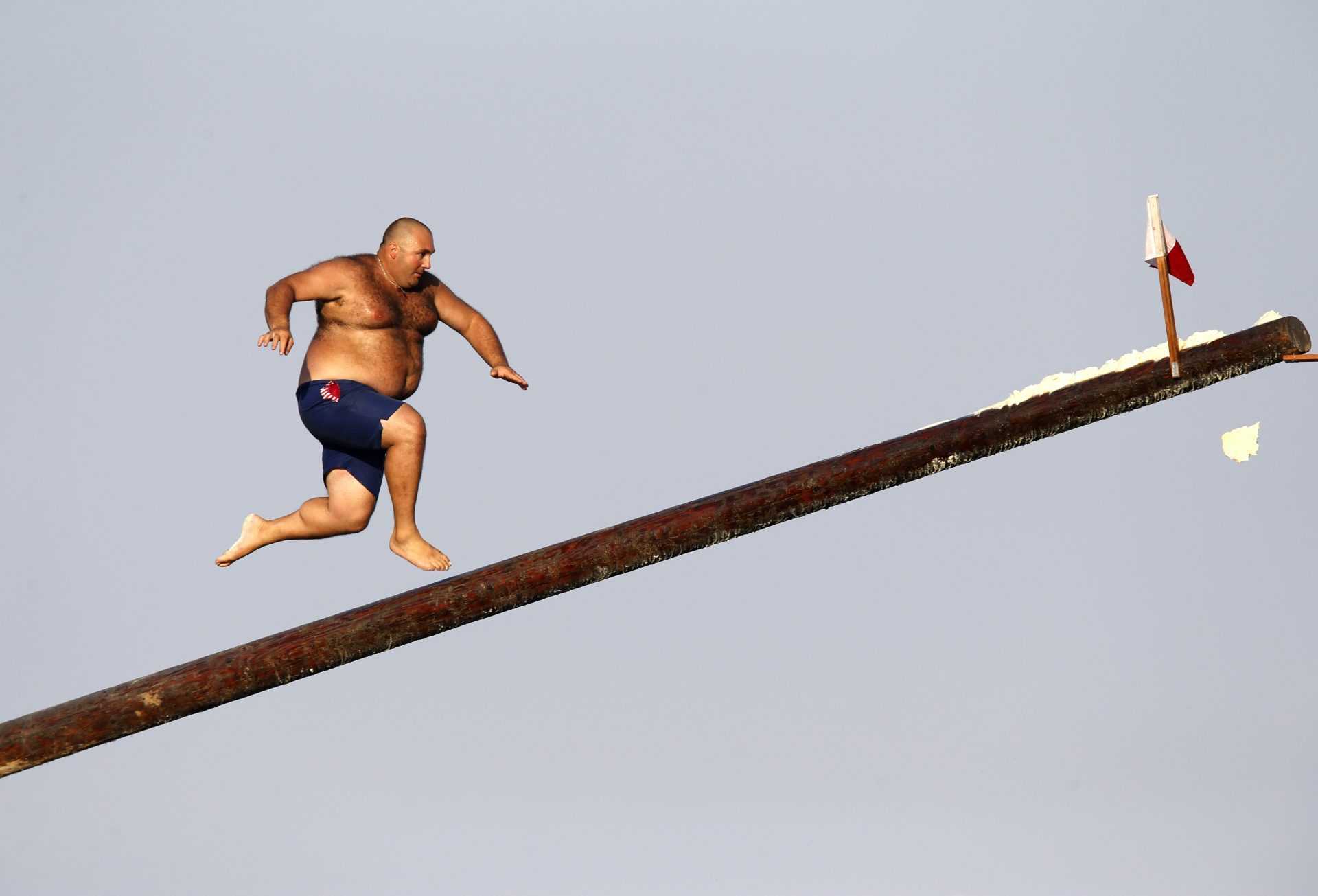 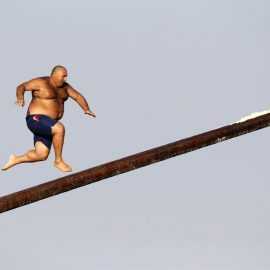 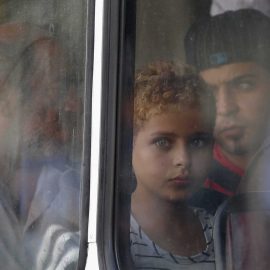 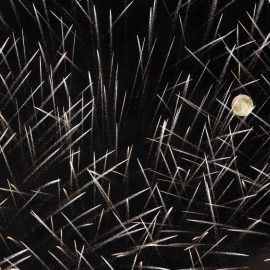 A man runs up the "gostra", a pole covered in grease, during the religious feast of St Julian, patron of the town of St Julian's, outside Valletta August 25, 2013. In the traditional "gostra", a game stretching back to the Middle Ages, young men, women and children have to make their way to the top and try to uproot one of the flags to win prizes. From May to September in Malta, there is hardly any weekend when a town or a village is not celebrating the feast of its patron saint or other saints revered in different churches. REUTERS/Darrin Zammit Lupi (MALTA - Tags: RELIGION SOCIETY TRAVEL TPX IMAGES OF THE DAY) MALTA OUT. NO COMMERCIAL OR EDITORIAL SALES IN MALTA - RTX12W8U 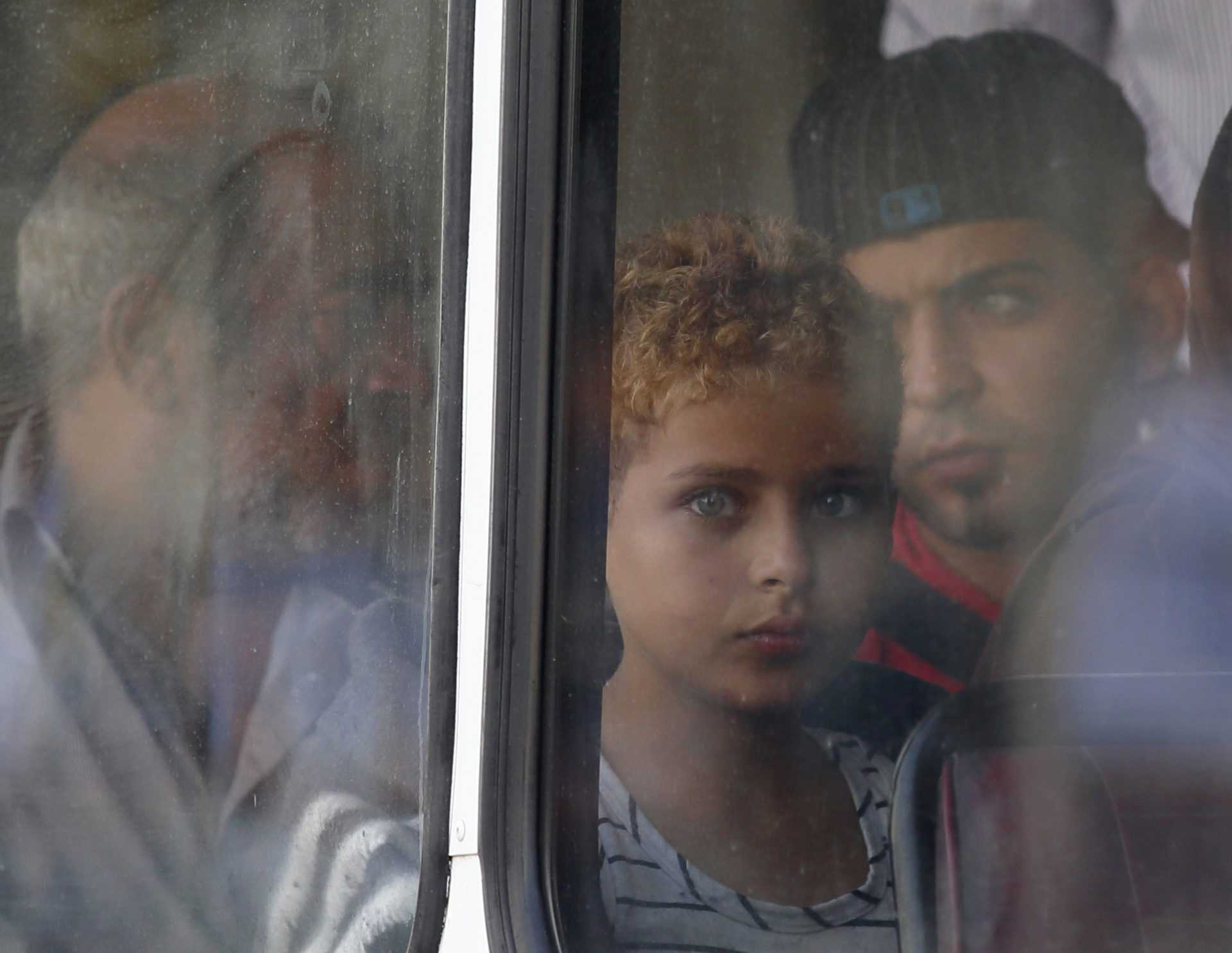 A rescued migrant child looks out of the window of a police bus after arriving at the Armed Forces of Malta Maritime Squadron base at Haywharf in Valletta's Marsamxett Harbour October 12, 2013. Dozens of people died on Friday when a boat carrying around 250 migrants capsized between Sicily and Tunisia, in the second such shipwreck this month, the Italian coastguard said. 147 survivors, believed to all be Syrians, arrived in Malta on Saturday morning, according to local media. REUTERS/Darrin Zammit Lupi (MALTA - Tags: SOCIETY IMMIGRATION DISASTER) MALTA OUT. NO COMMERCIAL OR EDITORIAL SALES IN MALTA - RTX148LH 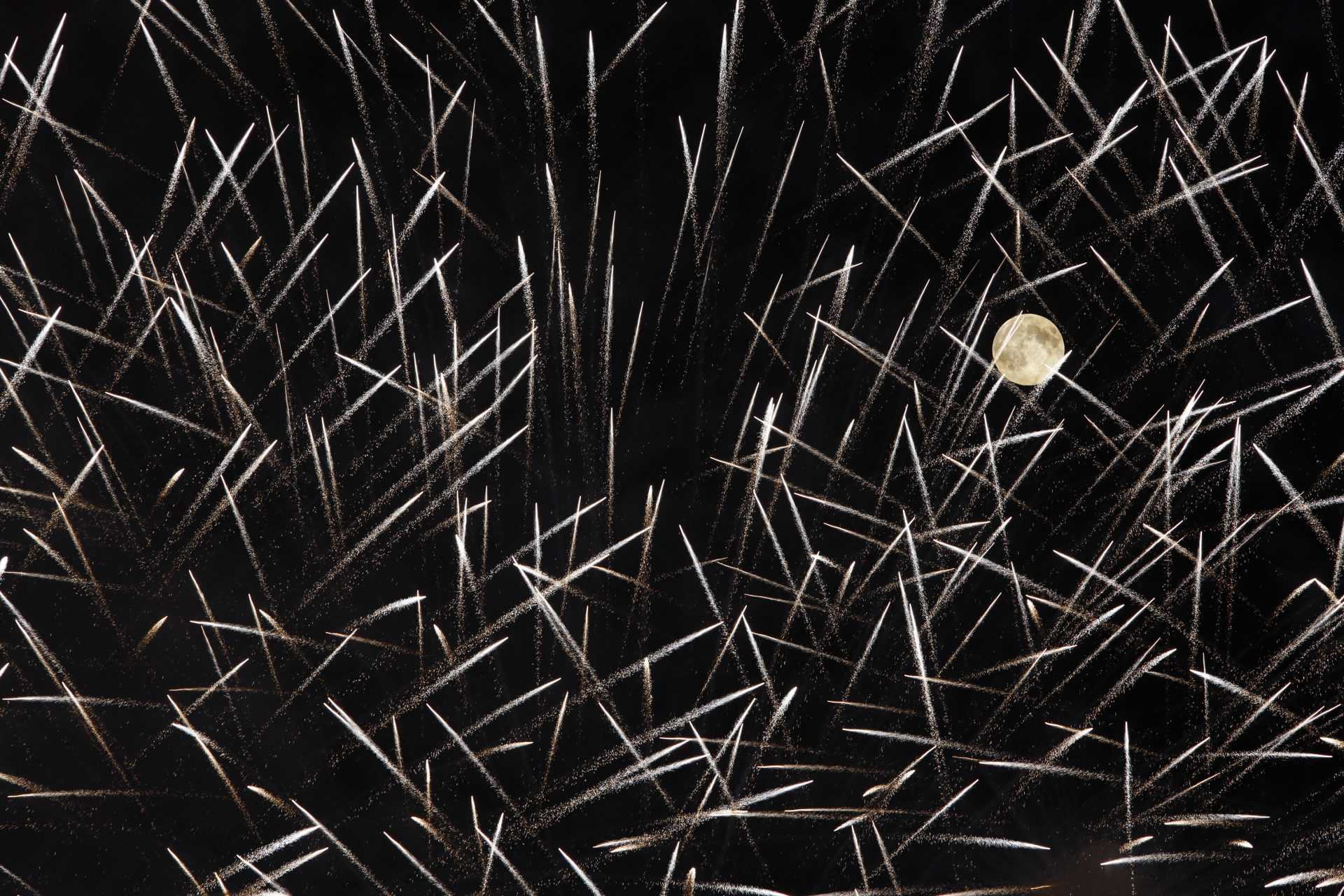 Fireworks streak past in front of the supermoon outside the town of Mosta, celebrating the feast of its patron saint, in central Malta, August 10, 2014. The astronomical event occurs when the moon is closest to the Earth in its orbit, making it appear much larger and brighter than usual. REUTERS/Darrin Zammit Lupi (MALTA - Tags: SOCIETY ENVIRONMENT RELIGION) MALTA OUT. NO COMMERCIAL OR EDITORIAL SALES IN MALTA - RTR41WOE

Darrin Zammit Lupi is a photojournalist working locally and internationally on a variety of stories. Most of his work is for the Reuters news agency, and he also spent several years working for Times of Malta. Over the years Darrin has primarily focused on the migration story, exhibiting it widely and publishing a book “Isle Landers.” He has also been playing a lot with iPhoneography recently, saying his personal arty work is practically all done that way.

How did you get started?
I was introduced to National Geographic magazine at an early age and was instantly hooked. I knew there and then and taking pictures is what I wanted to do, and though I tried several jobs and careers, I always knew I’d end up going back to what I truly loved. I got my first taste of professional photography while getting bored out of my wits studying stuff I’d totally lost interest in at university, and then joined a newly-set newspaper in 1992, and haven’t looked back since.

Describe your work in less than 10 words.

I think it was one at the Manoel Theatre basement.

How long have you been taking photographs?
I’ve been a professional photographer for the last 24 years. I took my first picture when I was about seven years old.

Which is your favourite from among your own artworks?
The picture I haven’t taken yet but might take tomorrow.

Whose artist’s work are you most inspired by?
Plenty of great photographers have influenced me – Alex Webb, Sebastião Salgado, Don McCullin, Ansel Adams, Bob Carlos Clarke and others.

If you weren’t an artist, what would you be?
Hard to tell – probably working with some NGO doing humanitarian work – which I already sometimes do, to an extent. Definitely wouldn’t be caught doing a dead-end 8-5 office job.

What is the epitome of happiness for you?
Something resembling an inner peace, in the company of a handful of very close friends.

What are you working on at the moment?
I’m preparing up for a couple of big exhibitions in Luxembourg and France of my migration work. Also have some very interesting projects in the pipeline for the next year or so, which I’m extremely excited about.

Are you a morning person or do you come alive at night?
Definitely a night owl.

How many coffees a day? Don’t embellish.
One.

Sundays can be very productive for some and very unproductive for others. How do you spend yours?
I often work on Sundays. News and sport don’t stop for the weekend. If I’m not working, I’ll often just take it easy at home or in its vicinity. There’s too much traffic on the roads these days – last thing I want on a day off is being stuck in traffic – I get more than enough of that on working days.

Wine and cheese. Yes or no?
Yes.

If you were given a million euros, what would you indulge yourself with?
I’d upgrade some of my photographic gear, pay off the mortgage and have a dream holiday with the family. Then I’d go off trekking in some mountains somewhere while the rest of the family go off to Australia.

Favourite place to holiday?
Very tricky. I’ve been fortunate to travel extensively on work and holiday, have seen some wonderful places, all of which I’d happily go back to at the drop of a hat. Most incredible were the Huangshan Mountains of eastern China, Mauritius, Yosemite National Park in the U.S. and Mount Kilimanjaro in Tanzania (though I’m not sure I’ll be able to climb the mountain again!). As for places that are top of my bucket list which I haven’t yet visited, I’d say Iceland and Turkey.