JB Priestley’s famous thriller An Inspector Calls will be staged in Malta next week by the MADC. Centred around the prosperous upper middle-class Birling family, the action takes place on a single night in April 1912 in the fictional town of Brumley. With a superb cast including Edward Thorpe, Isabel Warrington, Roberta Cefai, Edward Caruana Galizia, Gianni Selvaggi, Samantha Gauci and John Marinelli, under the direction of Michael Mangion, An Inspector Calls promises to be a class act.

indulge.com.mt stole a few minutes from Maria Muscat, the play’s costume designer, to learn more about her and her involvement with the production

How did you get involved in costume design?

Following a text-book exit from University, I decided I wanted to pursue design and sewing full time. And I did and along with that, I also took lessons in shoe making and designed costume jewellery and hats  – and it was amazing. In the meantime, I found another part-time vocation, which sort of became my full-time job but it also brought things into perspective. And by things, I mean I really didn’t want to simply give up the designing and the sewing. Creating for the theatre was and still is the perfect outlet and creating alongside and for so many other creatives is very rewarding.

What is your starting point when undertaking designs for a theatrical production such as this which is set in a particular period?

I’m all for discussing things, in person and in depth so my first stop is always to talk to the director Michael Mangion, and if needs be talk even more. I like to remind myself that I’m at the production’s service and that grounds me in terms of creating for a show.

What are the challenges in designing the costumes for such a particular genre?

Costume sourcing is next to impossible as local costume houses do not stock many options which are period specific. Michael was after very specific details and I always love that about a director. And so, making sure we were on point in terms of style, texture, colour etc was not just a challenge but an experience in its own right.

1912 is a very popular year and we didn’t just want to repeat other productions’ visual interpretation of that infamous year. That said, with the dialogue and rhythm of the piece being so gripping and the space in which the action unfolds so intimate, I needed to make sure that the costumes are fit for purpose, just right and never the centre of attention

What inspired you to take up costume design?

I guess I always wanted to be a part of something else. Theatre, as I see it, is an escape and being able to, in some way or another, contribute towards building a surreal experience for myself and for others is equal parts fun and privilege.

Is there any particular genre/period you prefer to design for?

I used to think so but not anymore. It’s great to be surprised and challenged out of your design comfort zone.

If you weren’t a costume designer, what would you be?

In fact, I’m not just a costume designer. My full-time job is with Malta Libraries and it’s a role which gives me a lot of satisfaction. I wouldn’t be juggling all of these roles if I didn’t have access to books and all the creative mind space that reading brings with it, so I’m happy to be giving something back to a cause (among many others) which I truly believe in. 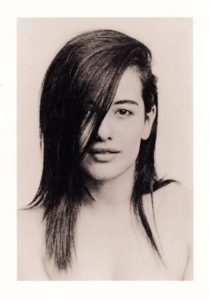 Aaaahh … I love a good hammam, to be surprised with a bottle of something I’ve never tried before. Bouquets of random sprigs, new pairs of stockings fresh out of the pack, and perfume (new scents and old favourites).  Cooking for others and making a day or two of it, amassing cookbooks and condiments and spending more than is reasonable or advisable on kimonos and shawls…

Stephen Cordina talks to us about his journey