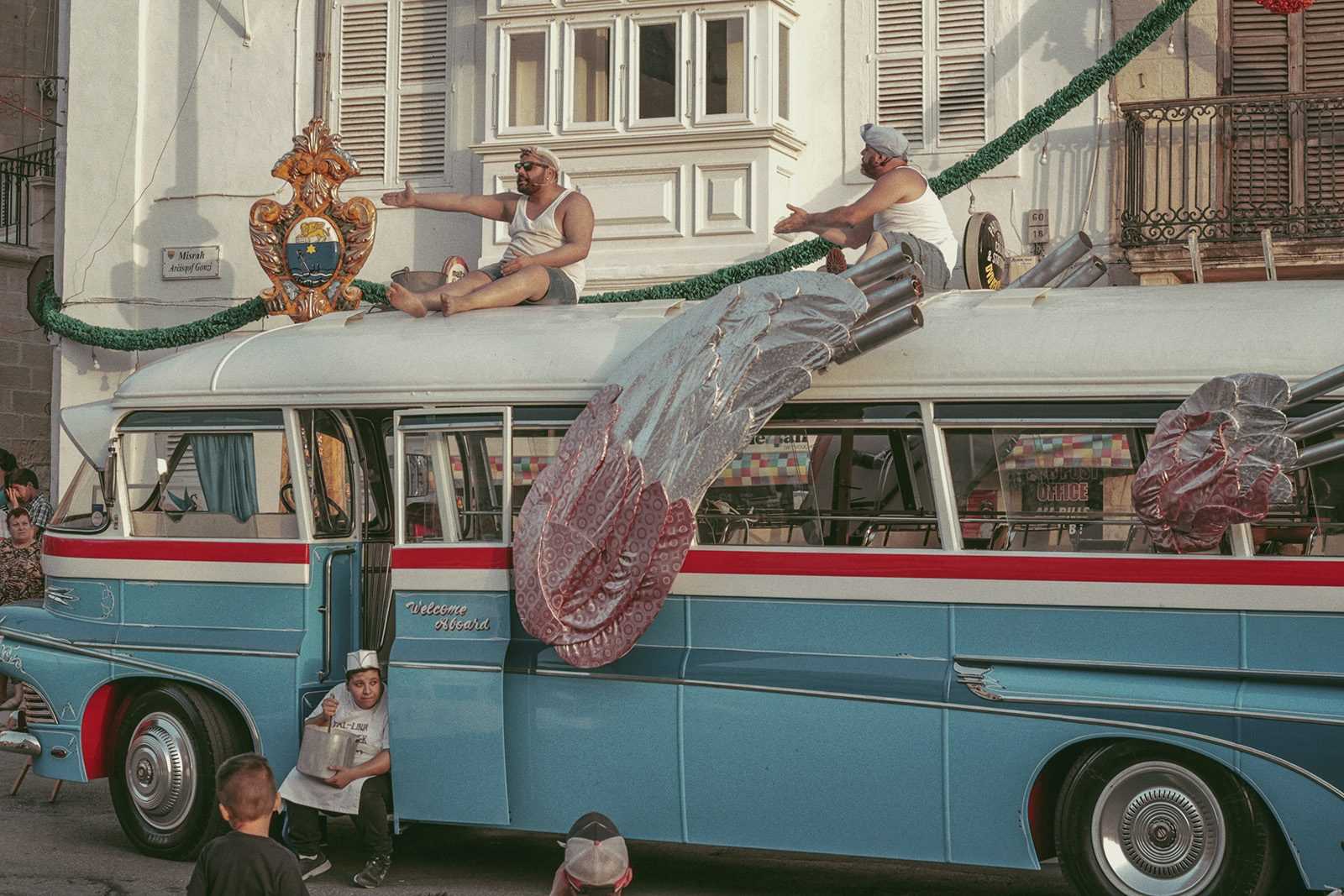 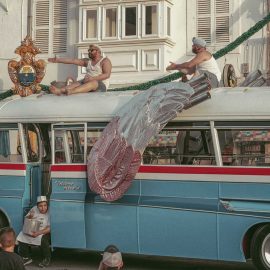 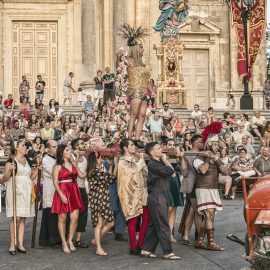 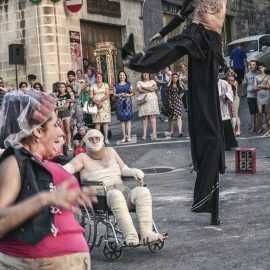 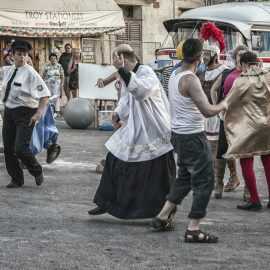 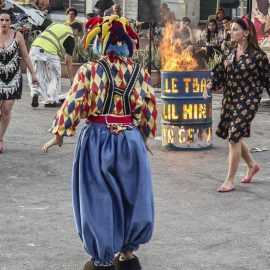 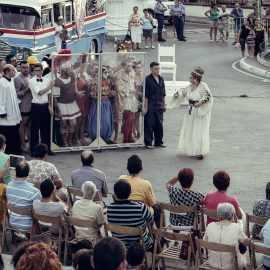 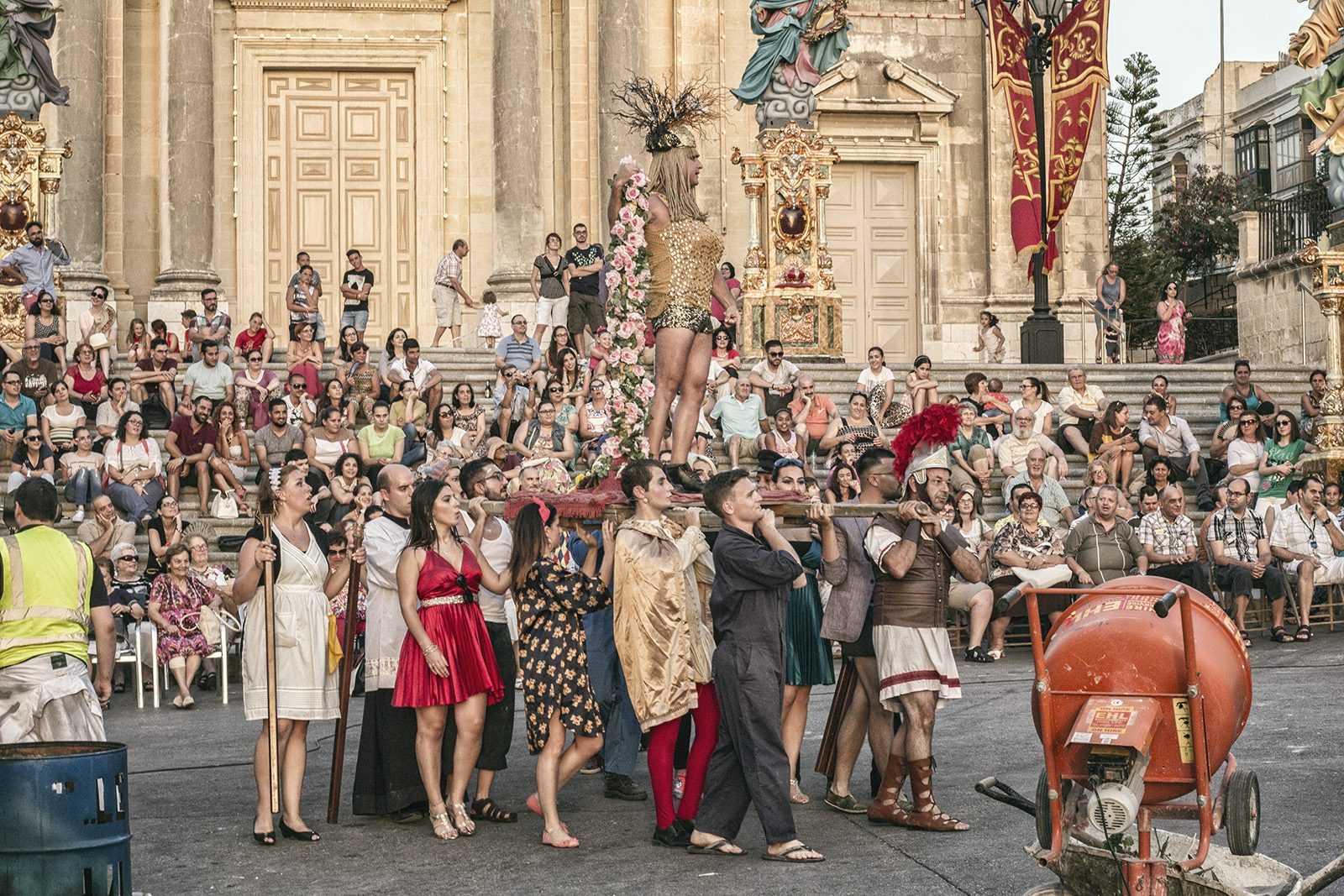 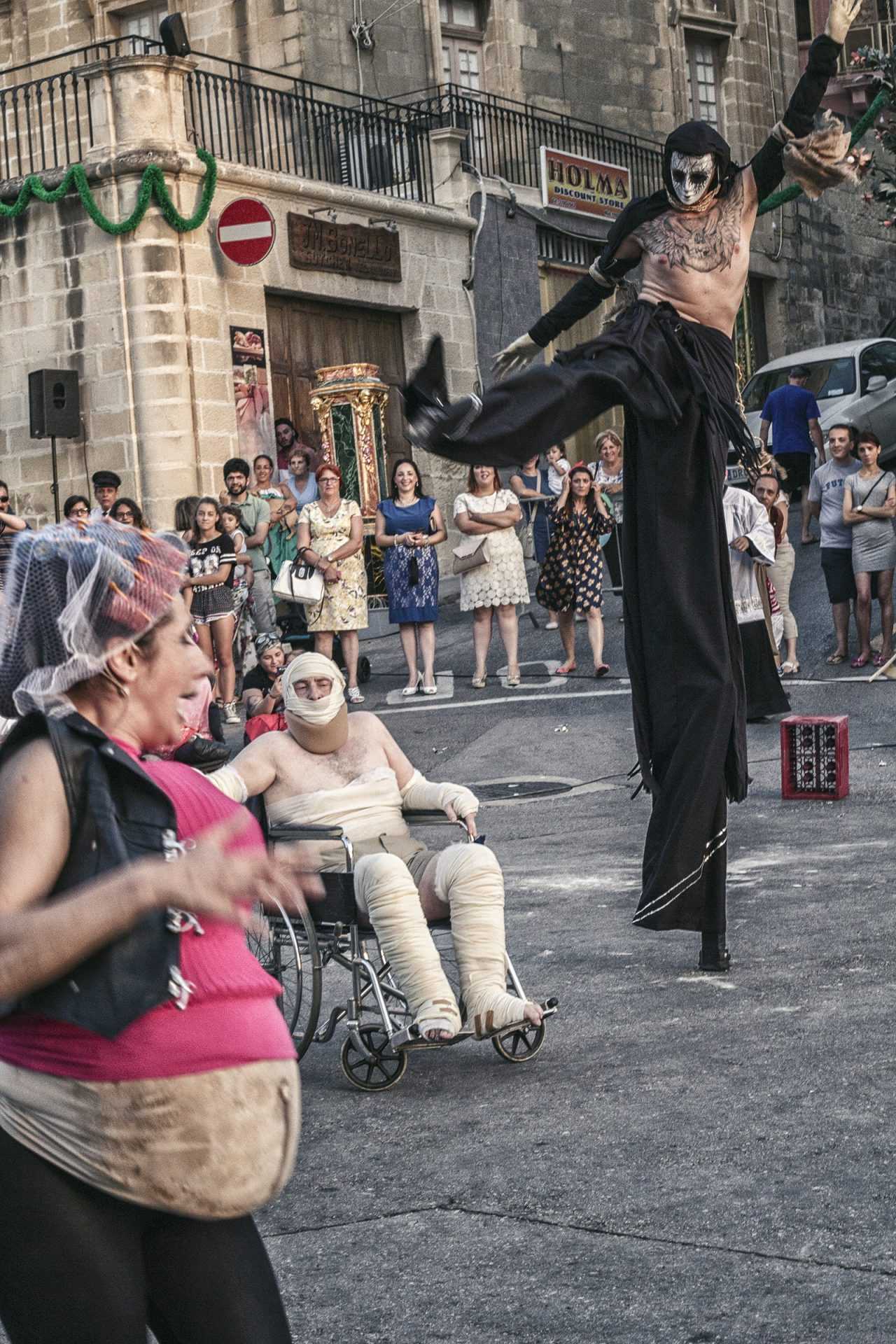 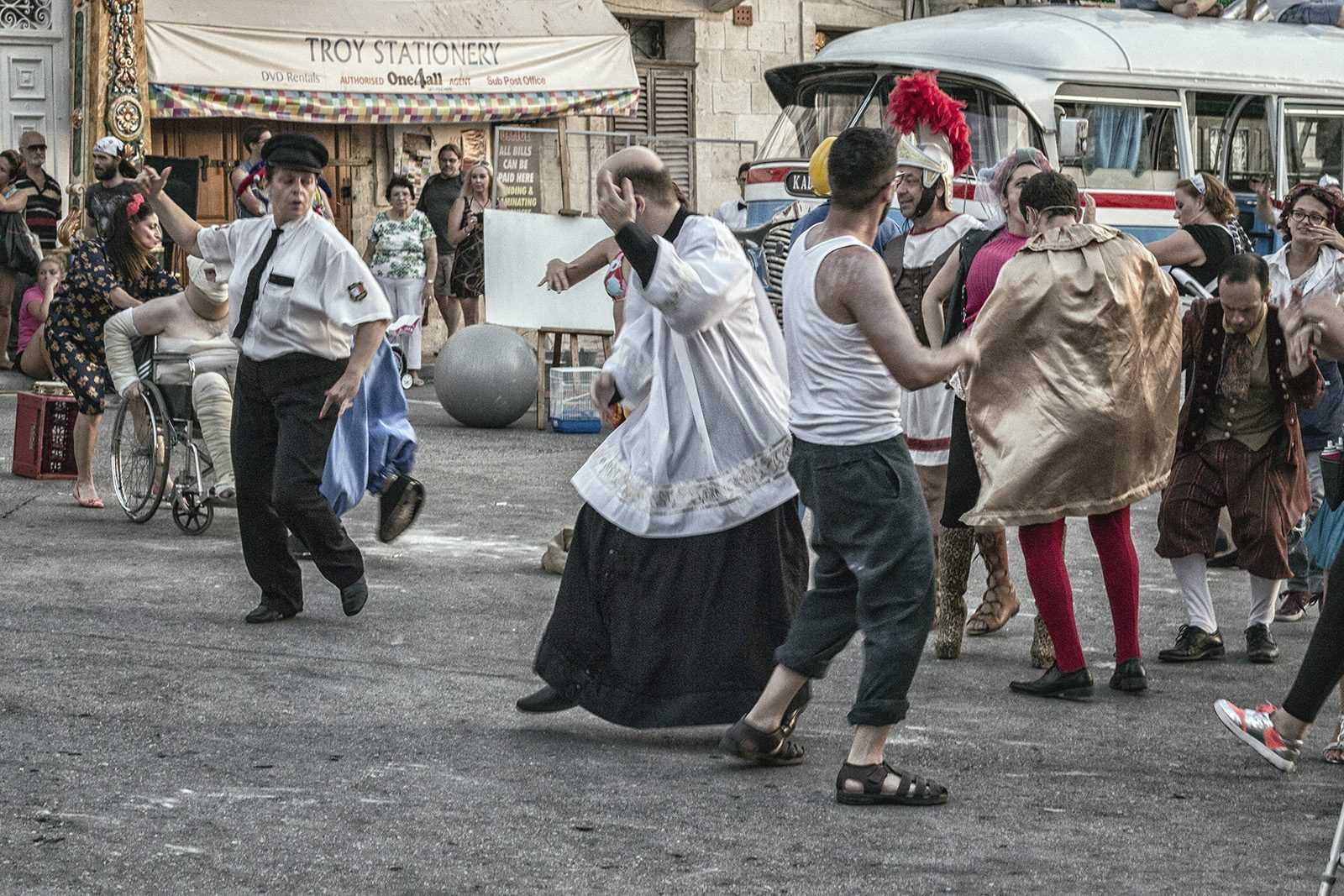 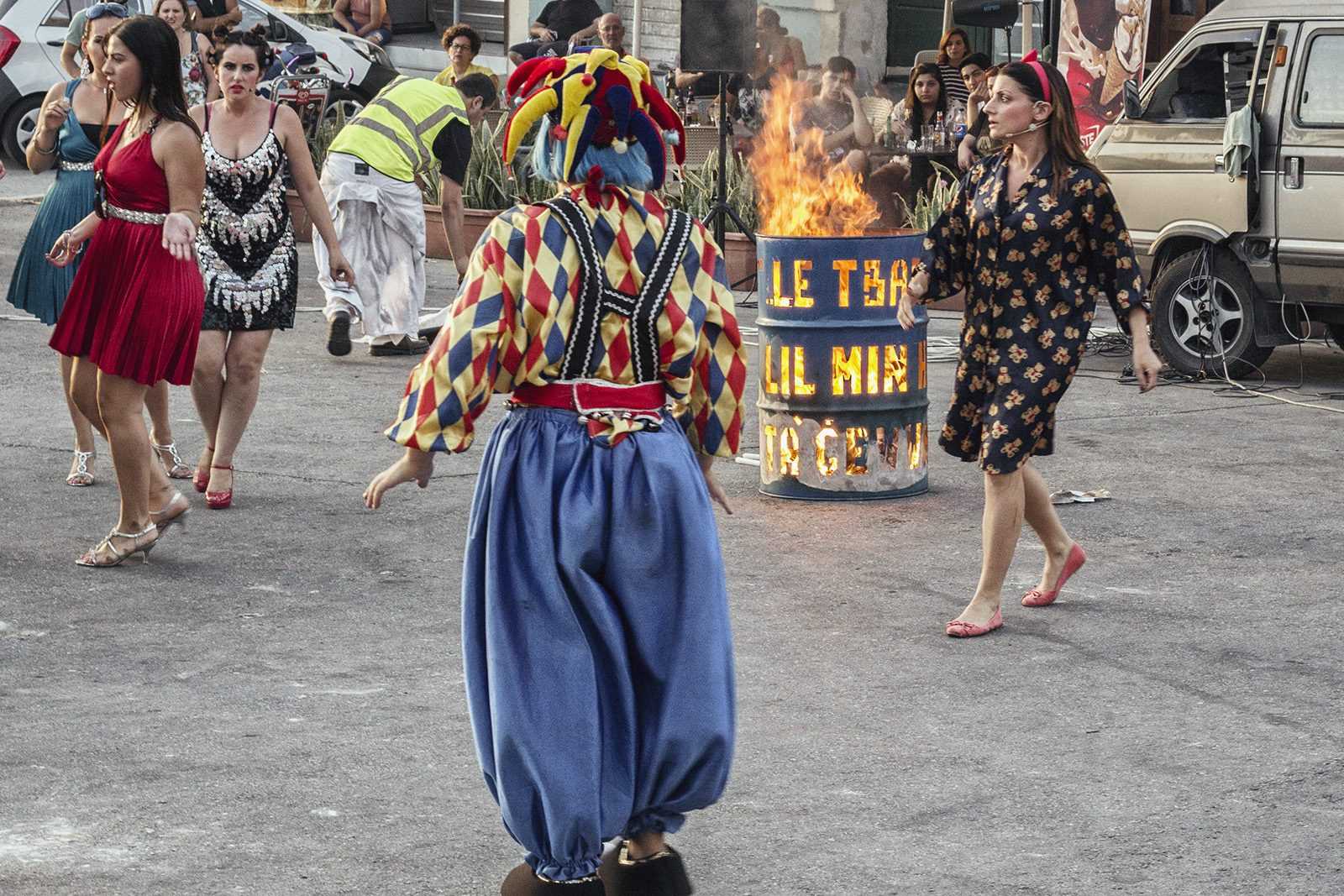 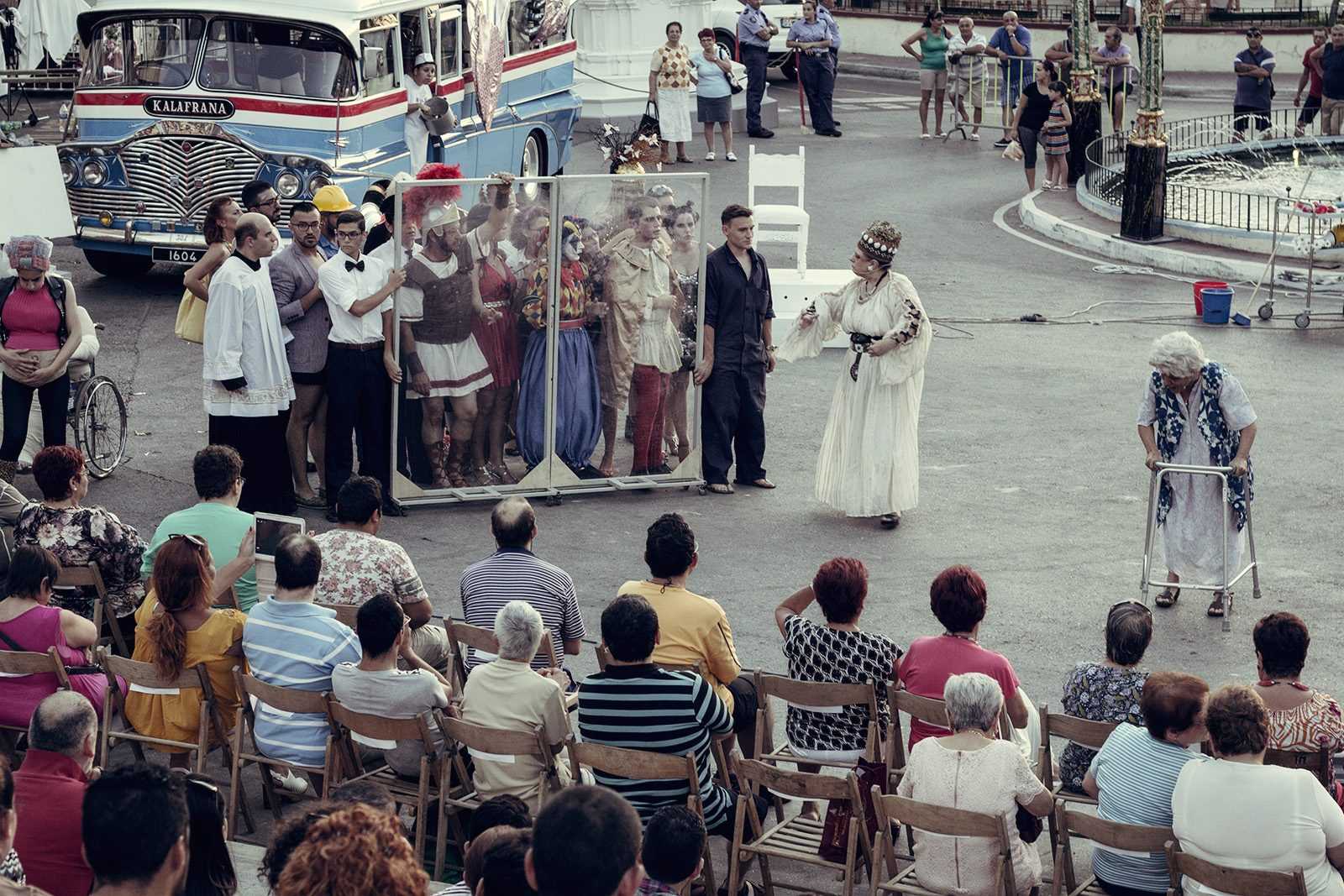 And that’s a wrap on what was probably Malta’s Largest Touring Theatre Show. Over 2500 people turned up with an average of 500 people per show. The squares were buzzing with audiences waiting for the bus. Some came with their own chairs, others sat down on the parvis whilst others stood up close to the cast.

B’Tal-Linja Jaqbillek Żgur! was a show that toured the five regions of the Maltese Islands becoming the first theatre project to work regionally since the five regions were established. Kalkara, Birkirkara, Mellieħa, Siġġiewi and Żebbuġ Gozo were the lucky squares. This happened with the help of the Valletta 2018 Regional Coordinators.

The audience enthusiastically applauded the stellar cast and lively ensemble as the magical bus entered the square, filling it with smoke and bubbles. The cast, led by veteran singer and actress Mary Rose Mallia, gave a very energetic performance during the 50 minute show. The audience was enthralled with the splashes of colour, song, fire, comedy and much more.

The show was also interactive with members of the audience. Some were chosen to seemingly board the bus with the rest of the cast, but they later got to know that they are not the ones the captain – Mary Rose Mallia – is looking for. Other audience members were asked to dance or act as cover for the scary Ħiemed, played by a marvellous stilt walker. Most of the audience was roaring with laughter at Bud u Lou – the two characters on top of the bus.

Simon Bartolo wrote a script with a different style this time – adapting his tongue-in-cheek to street theatre and surrealism. The script also dealt with very social issues such as the environment, language, religion and politics. “It was an experience I will never forget.” he stated.

Sean Buhagiar, who directed the spectacle and produced it said: “It was emotional to see the audience thank us with such fervour after the show for bringing this so close to home. I thank the Malta Arts Festival for giving us and the audiences this wonderful opportunity. Besides being wildly entertaining, this was a community project, a social project, and a regional project which hopefully leads to more democratizion of local theatre. This is also what theatre is about.”

B’Tal-Linja Jaqbillek Żgur! formed part of the Malta Arts Festival 2016 organised by Arts Council Malta. The show was produced and directed by Sean Buhagiar and written by Simon Bartolo. This project is co-funded by FOPSIM through the EU Collective Plays! project which is funded by the Creative Europe Programme of the European Union.

Classic from start to finish