Whether it’s an opening, a launch, a celebration or even a state event, more often than not Ambassadors or VIPs will be present, at times also as guest of honour. Let’s share with you a few points to keep in mind for any future event you’re invited to where an Ambassador or VIP is expected to be present.

Firstly, it’s important to recognise the difference between the definition of etiquette and protocol.

Etiquette is the term referring to the customary code of social behaviour or a system of accepted rules that are considered correct depending on the culture, traditions and history of a country. On the other hand, protocol is the code of conduct and behaviour that governs diplomacy and therefore it is a set of rules, forms and procedures that are followed by diplomatic and government officials at ceremonies and state events.

Knowing this, will help you understand that certain behaviour manifested by dignitaries at such events is not due to them being impersonal, as they may often come across, but most likely due to protocol which they have to follow. As a guest, you will not need to follow protocol but you are definitely expected to excel in your behaviour, punctuality and dress.

If you happen to be at an event and you are queueing to greet the host and dignitary in a receiving line, this is no time for long conversation. It’s merely a form of greeting, thanking, shaking hands and moving on. And that is not being impersonal. It’s the way it’s done and expected.

A very common question that people ask is how to address the dignitary if he/she approaches them. First, if you are stuck don’t panic and don’t remain silent. What time of day is it? Then greet with a good morning, good afternoon or good evening while shaking hands, keeping good eye contact and smiling. That takes a few seconds. Now if you do your research before, you would know that you address an Ambassador as Your Excellency because an Ambassador is a high ranking diplomat representing a state and therefore accorded with that honorific. VIPs are addressed depending on their honorific and the office they hold.

During these events, press, cameras and video cameras are present. So just like when you’re a guest at a wedding, make sure that you have a look around before taking a bite to avoid having to shake hands with your mouth full on camera.

The choice of outfit depends on the dress code written on the invitation. While business formal or black tie dress codes are usually easy to follow, dress codes containing the word ‘casual’ are tricky. Keep in mind that this does not mean ripped clothing or ill fitting outfits. Try to keep it chic and put together. The choice of clothing must be more modest than you would go for, when you are meeting your friends.

Remember it’s an event that will take a few hours and as a guest, your contact time with an Ambassador or VIP is limited. You will do just fine!

Finally it’s a sign of good manners to show that you are enjoying yourself, just as you would any other event. 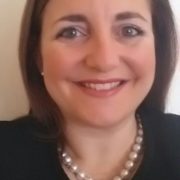 Ramona is an International Etiquette Coach and an avid believer of the importance these soft skills have nowadays. This passion kicked off from a young age when she questioned why elbows couldn’t stay on the table and her inquisitiveness continued and she founded First Class Etiquette, to address the developing need for people’s understanding of the importance of international business and social etiquette. It really is not just about elbows but confidence, attitude, assertiveness and knowing the how, the when and the why we do things. Amongst her hectic schedule, her two biggest indulgences are travelling with her family and reading with an Aperol Spritz in quiet surroundings - just being away from it all to de-stress.