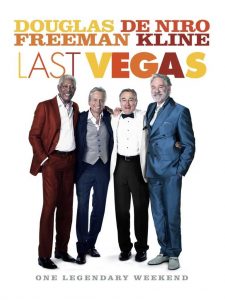 GO Stars HD subscribers will have an action packed start to 2015 with a number of movie premieres and new TV series starting in January.

Lone Survivor, starring Mark Wahlberg, based on The New York Times bestselling true story of four Navy SEALs who are ambushed by the enemy in the mountains of Afghanistan is the first of nineteen GO Stars HD movie premieres of 2015, airing on 10 January.

Another movie premiere highlight will be Last Vegas starring Robert De Niro, Michael Douglas, Morgan Freeman and Kevin Kline. The movie, which will air on 20 January, follows a quartet of retirees who gather in Las Vegas to celebrate a bachelor party in honour of their friend who after a life of womanising decides to finally settle down and marry a woman half his age. Fans of animated movies can also look forward to Rio 2, featuring the voices of Jesse Eisenberg, Anne Hathaway, Jemaine Clement which will be broadcast for the first time on 31 January

About a Boy, starring David Walton, Benjamin Stockham and Minnie Driver is a new TV series being broadcast on GO Stars HD every Thursday at 8.30pm. The series’ follows the story of lead character Will Freeman who is enjoying life after writing a hit song and who strikes a deal with his single mum neighbour’s son, Marcus, to help him attract women. Marcus pretends to be Will’s son, and in return Marcus is allowed to chill at Will’s house, playing ping-pong and gorging on steaks, something Marcus’s very vegan mother would never allow.

More information on GO Stars HD which is available from as little as €6.99 per month for existing GO TV customers can be obtained from all GO retail outlets and exclusive resellers, by calling Freephone 80072121 or visiting www.go.com.mt. A full schedule for GO Stars HD can also be found at https://www.go.com.mt/personal/tv/channels/what-s-on-tv

0
Monique Chambers January 7, 2015
No Comments Yet