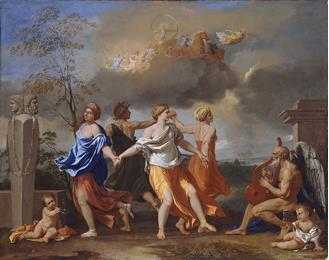 The Great Gallery, off Manchester Square in London, one of the finest collections of Old Master paintings in the world, is reopening on 19 September with a new hang following its two-year refurbishment.

Described as “the greatest picture gallery in Europe” by art historian Kenneth Clark, the Great Gallery is a collection from which we all know at least one picture. The display features some of art history’s most familiar sights, including Hals’ The Laughing Cavalier, Rubens’ The Rainbow Landscape, Poussin’s A Dance to the Music of Time and Velázquez’ The Lady with a Fan.

The reopening has provided an opportunity to reconsider the hang and showcase the cultural dialogue that was occurring between the major centres of seventeenth-century artistic creativity – Italy, Spain, the Netherlands and France. Exhibiting artists from these great national schools side-by-side makes the Great Gallery hang unique for an art gallery, reveals the museum’s origins as a private collection, and offers the viewer a rewarding and immersive experience.

Key to the extensive refurbishment is the reconfiguration of the gallery’s ceiling, which will now feature a large central lay light, replacing the most recent 1970s design and reflecting the ceiling in the time of Sir Richard Wallace. This will allow the space to be filled with daylight, which will be carefully controlled to ensure a safe environment for the works of art and provide the best modern viewing conditions, assisted by an advanced new lighting scheme. Other changes will see all internal decorations and gilding refreshed, the replacement of the old wall fabric with a vibrant, crimson silk damask and the installation of decorative wainscot paneling.

The Great Gallery was built by Sir Richard Wallace between 1872-5 as part of his major extension of Hertford House to accommodate his collection’s move from Paris to London. As was typical for great private residences, the Gallery was positioned behind the private living quarters in order to create a magnificent impact at the culmination of any visit. Constructed over what had originally been a mews behind the house, the vast space would have been hugely impressive to the small groups of guests who were privileged enough to be shown the collection. It was characteristic of Wallace’s philanthropic nature that he lent many of his works of art to the Bethnal Green Museum in one of the poorest parts of London during this re-development. The exhibition drew huge crowds and helped to make the collection famous in England.

The Great Gallery houses one of the world’s most important collections of Dutch and Flemish still lives by Weenix and Hondecoeter and, fittingly, two pairs of their majestic compositions of trophies of the hunt have been cleaned. The new Great Gallery display will also include some major pieces that were previously positioned elsewhere in the Collection. Lemoyne’s Perseus and Andromeda and Time Saving Truth from Falsehood and Envy will be introduced, two examples of dramatic French history painting that showcase the juncture between the seventeenth-century classicising style of Poussin and the more sensual and decorative eighteenth-century style of Lemoyne’s pupil Boucher, so ably represented elsewhere in the Collection. Lemoyne’s masterpiece, Perseus and Andromeda, can now be admired beside Titian’s picture of the same subject. This comparison demonstrates the great importance of Venetian Renaissance painting to the development of European art.

Titian was a link and inspiration for many of the great masters represented in the Great Gallery. His influence drew many to Italy, influenced by its colour, light and techniques. Some, such as Poussin and Claude, identified themselves as more Italian than French. Velázquez, Rubens, and his pupil, Van Dyck, all spent time there, as well as meeting and competing for commissions and patronage at the great courts of Europe. This fertile creative environment is reflected in the hang and will offer visitors a very special insight into the period and rare opportunity to see the greatest artists of the day united.

The reopening will be accompanied by an extensive programme of special events and evening openings.