I’m a hoarder. There,  I said it. I’m a person who literally hoards anything I can get my hands on. Old magazines? I’ve got shelf-loads of them. Stamps? I’m no philatelist but I’ve still got large biscuit tins full to the brim with used and unused stamps.

Things are even more manic when it comes to my wardrobe. As someone who loves to put eccentric (read ‘whacky’) outfits together, and as someone who has memories attached to each item of clothing, my wardrobes were fit to burst with trousers, shoes, blazers, bags and even an għonnella.

But I’ve recently decided that it all had to stop and, with more time on my hands due to the recent disruptions to our daily routines, I had the perfect excuse to execute my plan.

The following is the system I followed. 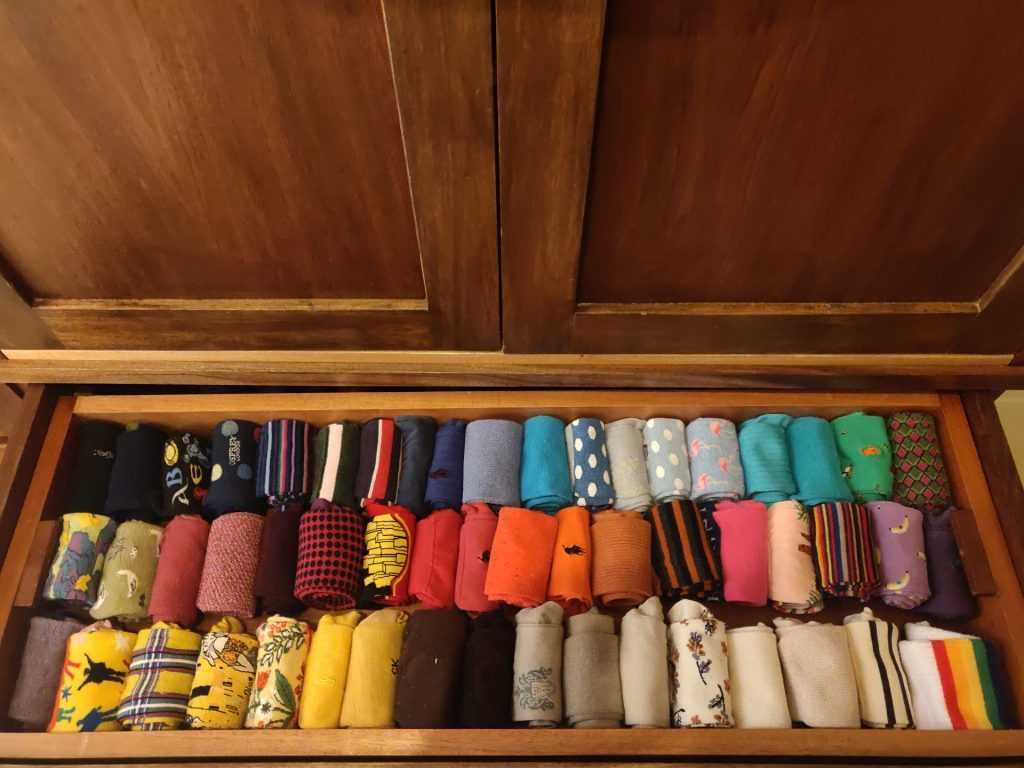 My clothes were already sorted by type, so I didn’t have to take everything out to figure out what it is that I have and don’t have. For this reason, I decided to go through my stuff one type of item at a time, and I started with my socks, which I threw on my bed haphazardly. Then, I went through each pair and placed them in one of four piles:

I repeated this process with each type of garment and accessory, and ended up getting rid of around 40 per cent of my wardrobe.

Here are some things I realised while going through this:

Make a plan for the rejects.

My next task was to sort out what I was removing from my wardrobe. Anything that was torn and couldn’t be fixed was chucked in the bin or repurposed as cleaning cloths. Anything that was still in good condition is now in a bag waiting for the COVID-19 pandemic to be over so that my family and friends can have first pick before being donated to a charity shop. 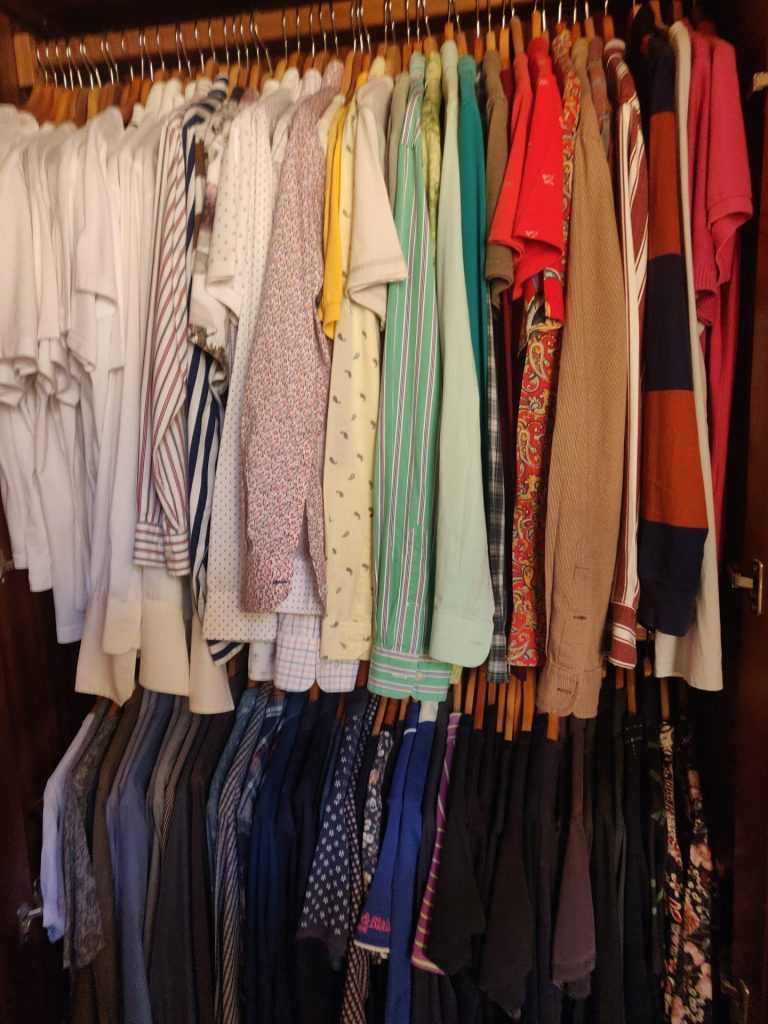 Getting rid of things obviously meant that I had more space in my wardrobe. Trust me, this is one of the best feelings in the world as, for once in my recent life, I don’t need to move things around just to get the T-shirt I want out.

While I do sort things out by category (shirts & T-shirts, trousers, coats & blazers, knitwear, waistcoats & jackets) and by colour, I only do the latter loosely. Colour coordination does make wardrobes look much neater, but I’d rather have a wardrobe that works around my needs … so while all my green shirts and T-shirts are next to each other, they are categorised by how much I wear them.

Sifting through each item in my wardrobe, I realised that I have too many blue shirts and not enough formal trousers for my needs. I also realised that I need to cut down on the amount of socks I buy – who the hell needs 132 pairs?! 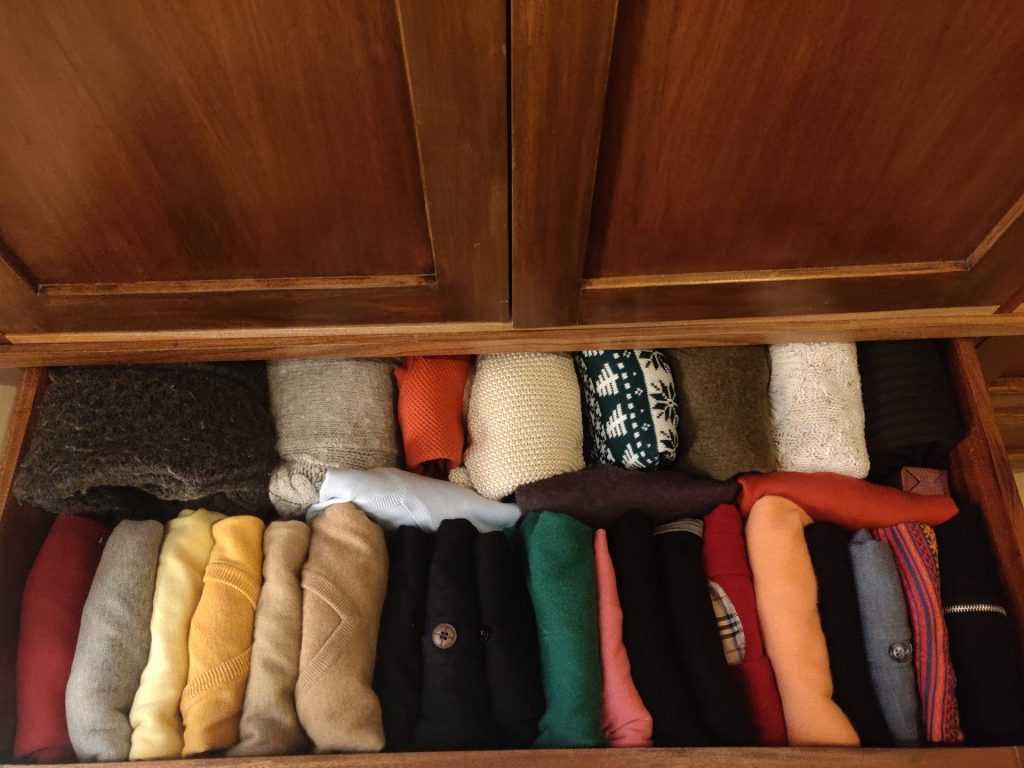 Ultimately, on top of ending up with a freshly-sorted wardrobe, opening it no longer feels like a struggle. Everything has its own space, nothing is getting squashed, and I can find things at a glance. Now, if only I had somewhere to actually go!

Orange is indeed the new black

Denim’s Back In Style: Here’s How To Wear It