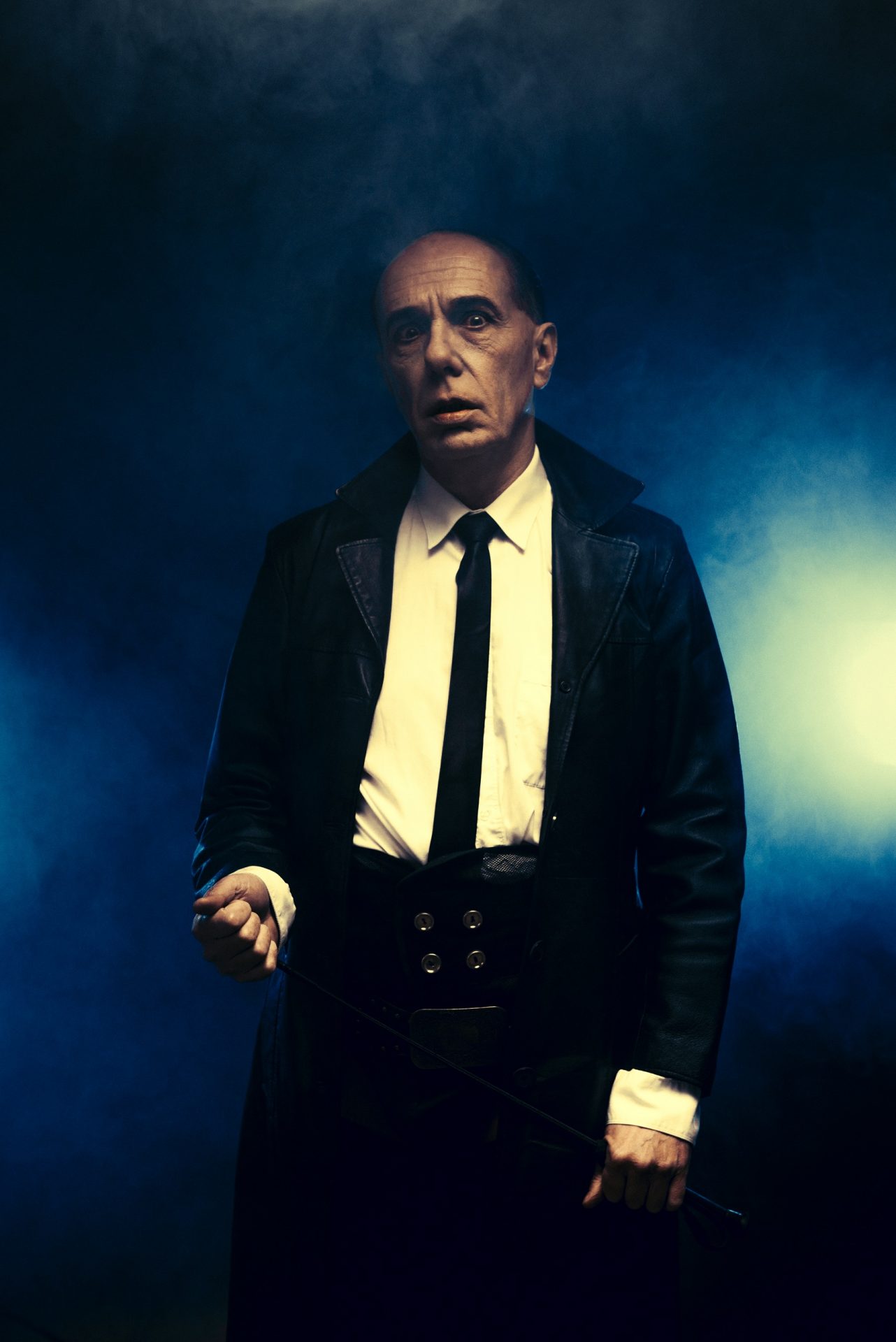 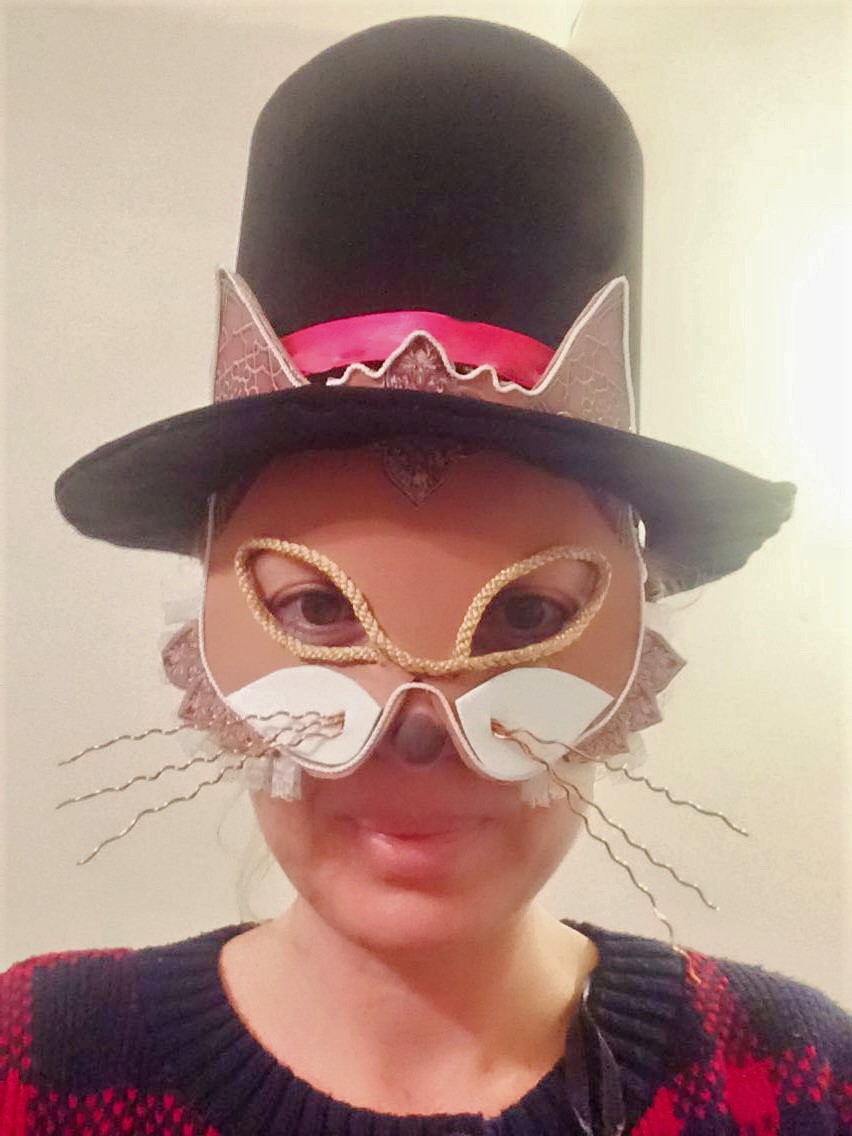 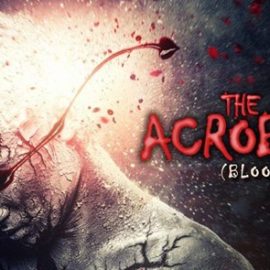 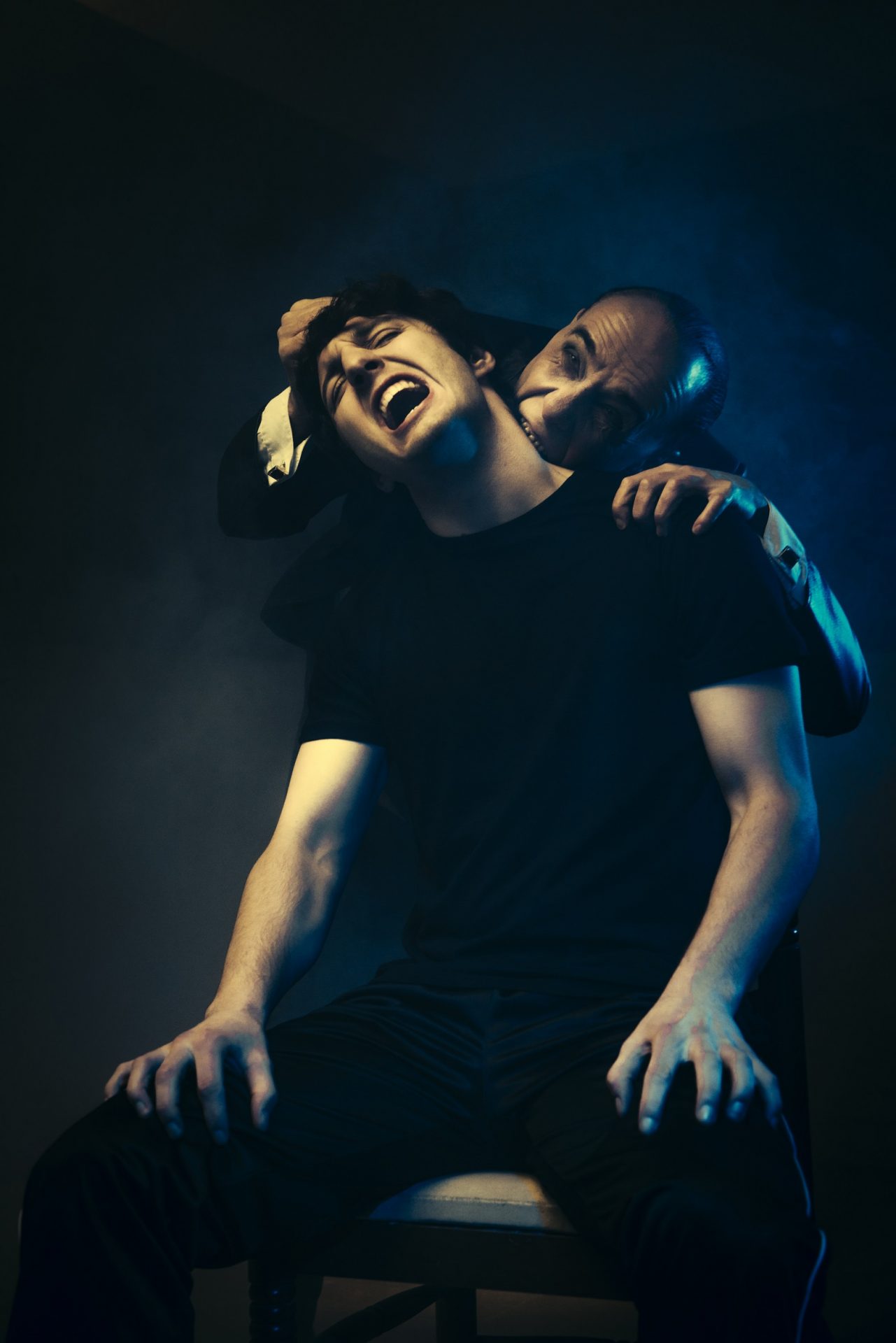 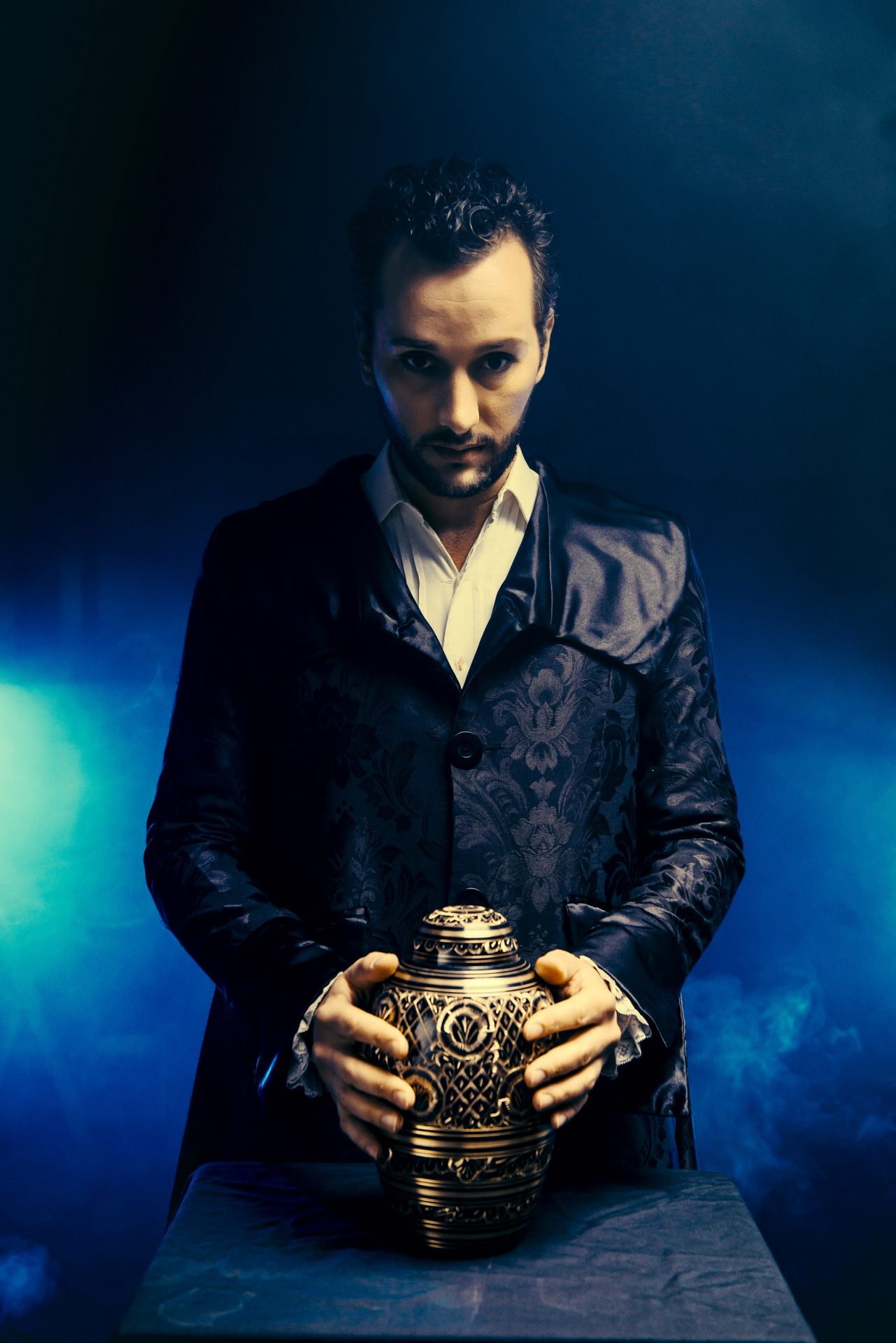 Mark Windsor in The Acrobat 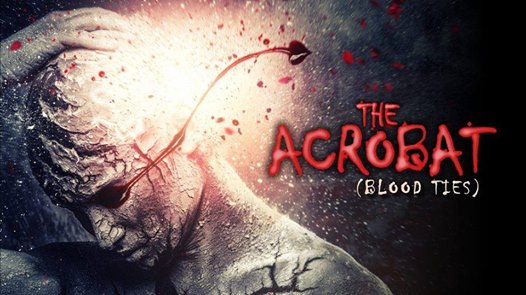 Cody Lively and Mark Windsor in The Acrobat 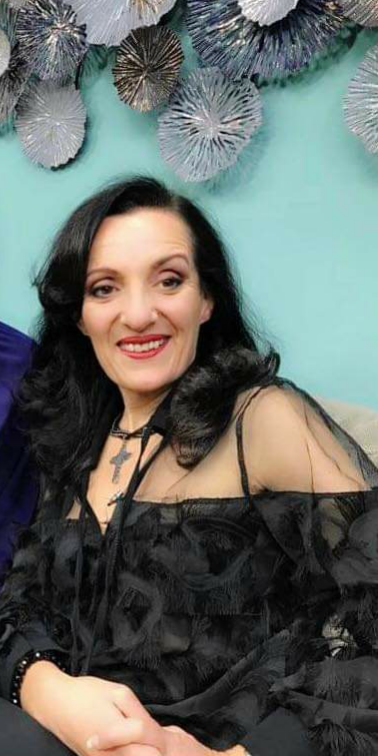 Marco Michel in The Acrobat

Agnes Moon’s comedy play The Acrobat (Blood Ties) will have its Malta debut in February, in an adaptation by Unifaun Theatre Productions’ artistic director Adrian Buckle. Feature a cast of international and Maltese actors; rehearsals are in full swing, and indulge.com.mt spoke to Nicole Cuschieri, the play’s costume designer, and Jackie Grima, make-up designer.

Nicole Cuschieri is a freelance costume designer. She has worked on a vast and diverse number of creative projects both in Malta and in the UK. Jackie has been working in the film and stage makeup field as well as a beauty therapist for the last 30 years, she has been directly involved in a very wide range of makeup assignments for both Maltese and foreign commercial agencies.

The Acrobat is described as a rags-to-riches story of a professional thief who finds himself trapped in the enormous abode of an incredibly rich and mysterious vampire… that in itself is enough to imagine this play is going to have elaborate costume and makeup design. When undertaking designs for a theatrical production such as this, what is your starting point?

Nicole Cuschieri: The starting point is to understand the overall vision of the director. I work very well with Stephen Oliver (the play’s director) and he allows me a lot of creative freedom. Once I have understood what the director wants to achieve, I then start my research which inspires ideas for different costume designs. I prepare a mood book with images, sketches and fabrics and slowly start to bring the characters to life through their costumes.

Jackie Grima: My starting point is always to thoroughly read the script, this way I will get a clear indication of the storyline and how the characters will develop during the performance. It’s here that my creative grey matter kicks in. Then I meet with the director to see what visions he has for this particular piece and finally discuss my design of each character with the actors individually to help to create the final look they will be portraying. Eventually they will be the ones on stage and I see my role as a makeup artist as to help them present the characters in the best possible way

What are the challenges in designing the costumes and makeup for such a particular genre?

NC: To be perfectly honest, I haven’t really had any challenges so far. This theme is totally up my alley so I have enjoyed every minute of it! The only challenge I could think of is keeping the costs down… but I am very resourceful so have managed quite well till now!

JG: The most challenging part is trying to come up with a design that is not clichéd. To design fresh and interesting three-dimensional characters

What inspired you to take up your respective careers?

NC: I have been a costume designer for 20 years now. I started with a short course when I was living in the UK at the tender age of 18 and pursued my vocation up to a Masters’ degree. It is probably in my blood as my mother makes all her own clothes and my grandmother was a tailoress at a high-end boutique in London. I love creating, always have – not only clothing, but crafts, furniture and anything I can get my hands on!

JG: It’s been soooo long, I forgot where it all started. Most probably it’s the huge amount of creativity, the constant challenges it offers, and that I don’t have to repeat the same thing over and over again. A new production means new designs and new characters. Also, I’m perpetually meeting new actors and making new friends, but even when working with the same actors over and over again it’s always loads of fun as we’re always creating something new.

Is there any particular genre/period you prefer to design for?

NC: As I said before, I do love this sort of theme. The more fantastical it is the better. At university my designs were always very way out and crazy. I love experimenting with materials like wood and plastic and metal to create wearable works of art. My next theatre project is MADC’s The Tempest which I am also really looking forward to as it involves sea creatures and magical spirits which are also my cup of tea

JG: Every period carries interesting aspects of makeup design. Whether I need to research the past or create a futuristic one, it has to be interesting and fit in with the rest of production design.

If you weren’t a makeup artist, what would you be?

NC: I also love writing and filmmaking, so I would probably do more of that.

JG: There are so many other careers that I’m really interested in, so I’ve decided that in my next life I will be a chef, then the following one an architect. And if I’m allowed to come back yet again, I’ll take up archaeology or medicine especially cosmetic surgery. I’m going to be around for quite a few hundred years… I’m a vampire!

JG: Travelling both for work and holidays, dining out or treating friends at home

The Acrobat, will be staged by Unifaun Theatre Productions at Spazju Kreattiv in Valletta between 9 and 24 February 2019. For further information and to book tickets visit www.kreattivita.org/en/event/the-acrobat/

What’s going on in August!

Strangers in a Strange Land – a Feminist Programme of Events