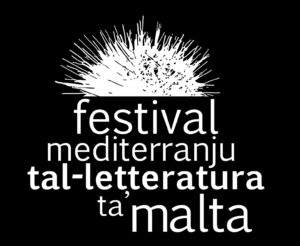 The XIVth edition of the Malta Mediterranean Literature Festival, organized by Inizjamed, will be launched this Sunday 18 August, kicking off a week-long series of events; with three nights at Fort St Elmo between Thursday 22 and Saturday 24 August bringing the festival to its conclusion.

Inizjamed is a voluntary non-governmental cultural organisation founded in 1998. It is committed to the regeneration of culture and artistic expression in the Maltese Islands, and actively promotes a greater awareness of Mediterranean cultures. Inizjamed is a secular, non-partisan organization that acknowledges that every generation must seek to create its own language, and both respond to realities of its day and look beyond them.

Twelve writers from nine countries will be participating this year; and the festival will also feature Maltese and foreign ‘poetry films’, Maltese musicians, a bookstall, a book-binding stand by Kotba Calleja, drinks and a selection of food provided by CORE GREEN Organic & Fair Trade.

The writers will be in Malta throughout the week of the festival to take part translation workshop led by Nadia Mifsud. They will be translating each other’s works and reading some of these translations during the festival.

The festival will also feature two discussion sessions which will be held on Sunday 18 August 18 and Tuesday 20 August at The Undercroft and Valletta Contemporary, respectively. The first discussion will tackle the theme Is Universality a Myth? The Case for Literature, while the second will follow with the theme is (Not) Maintaining the Status Quo. A number of authors have been invited to sit on the panels for both discussions, while of course there will also be time for questions for the audience.

On Wednesday an Open Mic event will be held at Valletta Contemporary. The public is invited to participate and share their own work with the audience and authors present; while also offering them the chance to meet the authors.

The Festival will then conclude over three nights at Fort St Elmo. Four authors will read their work every night; together with their work that would have been finished during the translation workshops. An interview with one of the authors will also be held every night.

On Friday 23 August, More or Less Theatre will be holding a session of storytelling with kids at the same space of the Festival.

The nights at St Elmo will also see the premiere of a poetry film. Following a call for proposals, the group ‘Cine Laurea’ are working on a poetry film which will present Joe Friggieri’s poem “Natura Morta”.

Moreover, the festival will also feature a musical component during the nights at St Elmo. The band Tact will be playing on Thursday and Friday night, while the band Djun will perform on Saturday.

Entrance to all events is free, and all start at 8pm.

Malta Mediterranean Literature Festival 2019 is organised by Inizjamed with the support of the Malta Council of Arts and the Cultural Partnership Agreement. The Festival is also collaborating with Literature Across Frontiers, Creative Europe and l-Għaqda tal-Malti – Università. This Festival has been given an international accreditation through the EFFE Europe for Festival, Festival for Europe trademark. The Festival is also part of the Phoenicians’ Route recognised by the Council of Europe and the EU COSME project for cultural tourism TRAMES.

The Festival logo and other promotional material were designed by artist Pierre Portelli.