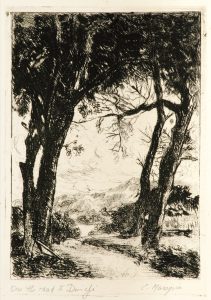 iMprint 5 is the fifth exhibition in a series of collective shows that was started by artist Jesmond Vassallo in 2013, aiming to enhance awareness of the art of original printmaking, particularly intaglio processes. Open for two weeks only until the 14 October, this edition will feature 71 original intaglio works by 40 Maltese and international artists and will also include a special retrospective section by well-known local artist Carmelo Mangion and Italian artist Edo Janich.

The show is organised by a team of artists comprised of Lino Borg, Justin Falzon and Jesmond Vassallo, under the curatorship of Christian Attard. All keen to raise awareness about printmaking, they explain that the intaglio technique has its own visual grammar that needs to be respected by the artists. The technique is only mastered after long periods of practice, and its peculiarity is that the artist works on a matrix from which a limited series of impressions can be obtained. Each and every print is considered an original work of art.

For this 2021 edition, the team chose to highlight artists Mangion and Janich due to their contribution to the medium of intaglio. An important local artist who worked prolifically in this medium, Mangion (1905-1977) was considered Malta’s leading printmaker for a number of decades. He helped to promote the art of printmaking, particularly etching, among his students at the School of Art. Mangion’s selection of works which are currently being displayed at the Art Galleries of Palazzo de La Salle were kindly lent by his family for this exhibition, offering visitors a rare opportunity to catch a glimpse of his numerous works. The well-known Edo Janich, an Italian artist from Friuli (born 1943), is still a practising artist. His etched images – playful, surreal, but incredibly technical – will showcase another facet to the art of intaglio printing.

Explaining the impetus behind the biennial iMprint exhibition, Jesmond Vassallo remarks that “while in most countries in the world intaglio is a respected and recognised visual language, in Malta it is much less known, mainly because it was hardly practised by Maltese artists. In general, people confuse original prints with reproductions.” 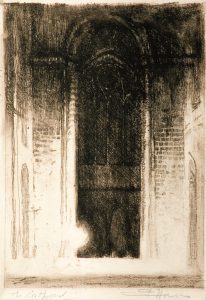 “All visitors to the exhibition will experience a cross-section of the status of intaglio printmaking in Malta. Almost all the artists are very active in Malta’s art scene, and, since they were given carte blanche, their eclectic works vary from the realistic to the quirky, from the traditional to the intensely personal,” observes curator Attard.

MSA President Arch. Adrian Mamo is proud to see such a long list of respected artists exhibited under one roof. “The Malta Society of Arts is delighted to be hosting this unmissable fifth edition of iMprint for the next two weeks, and to contribute to raise awareness of this printmaking technique,” he says.

iMprint 5 is on until 14 October 2021 at the Art Galleries of the Malta Society of Arts, Palazzo de La Salle, Valletta. For more information, please visit www.artsmalta.org/events or www.facebook.com/maltasocietyofarts.

0
Monique Chambers October 4, 2021
No Comments Yet