The exhibition, named Julinu’s Radioactive Ravioli, features a collection of 17 realistically-executed oil paintings, which utilise the artist’s signature graphic wit, atmospheric surrealism and meticulously-executed visual ideas to present a different take on reality.
While the exhibition’s quirky title gives an indication of the artist’s inherent deadpan humour, it also acts as an apt metaphor.

“We’re all familiar with what ravioli look like, but you never really know what’s inside until you actually try them out,” explains Julinu. “Similarly, these paintings’ aesthetically-pleasing, outward appearance may conceal more thought-provoking implications. In essence, I am borrowing techniques from the traditional fine art world to challenge contemporary notions and playfully explore the hazy overlap between verbal and visual language.”

Although he originally graduated in Psychology, Julinu pursued a creative career that has 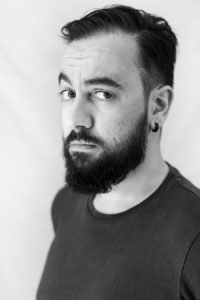 earned him recognition from the AOI World Illustration Awards and has led him to be recently featured in The Power and Influence of Illustration, a book published by Bloomsbury UK.

Curated by Justine Balzan Demajo and Francois Zammit, Julinu’s Radioactive Ravioli is supported by a Malta Arts Fund Project Support Grant from Arts Council Malta and by Vee Gee Bee Art, San Gwann. It is targeted at anyone aged 16 and above and will be exhibited at Spazju Kreattiv in Valletta from Friday 26 April until Sunday 26 May, with entrance free of charge.

The exhibition will also include a short making-of documentary, some giveaways and a catalogue featuring all displayed work, alongside refreshments including assorted ravioli.

More information regarding Julinu and his work may be found online at www.julinu.com.

Du Theatre back with a bang to celebrate their 15th anniversary

What’s going on in August!