Following a weeklong Masterclass by the renowned Laura Sarti, the participants, local young singers, perform operatic arias and classical songs in a recital on Friday 29th November at 8pm in Sala Isouard.

The Masterclass is a four day intensive classical singing course and members of the public are welcome to observe the classes for free on Monday 25th, Tuesday 26th and Wednesday 27th November from 4pm to 9pm in Sala Isouard. 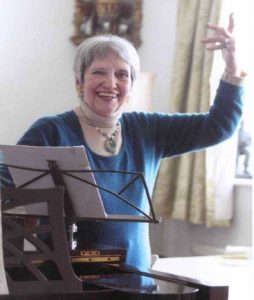 Laura Sarti, mezzo-soprano, was born in Trieste, Northern Italy. Her operatic career began at Glyndebourne where she was chosen by Maestro Gui for the role of Berta in a production and EMI recording of the “The Barber of Seville”, the cast including Victoria de Los Angeles and Luigi Alva. Her operatic career encompassed over thirty roles including ‘Dido’, ‘Ottavia’, Cherubino’,’Dorabella’,’Cenernetola’,’Siebel’ and ‘Genevieve’. Her extensive broadcasting experience included an appearance with Margaret Price in de Falla’s “La Vida Breve” as the first colour television opera.

A noted recitalist, both in her own right and as part of the “Benvenuto Duo” (which she formed together with the soprano Clare Walmsley and accompanist Paul Hamburger) she built a reputation for innovative recital design. A Wigmore Hall recital by the duo was singled out by a leading music journal as an example of “consummate artistry”.

A professor and Fellow of The Guildhall School of Music and Drama since the 1970’s she has developed an international reputation as a teacher and regularly gives masterclasses in Britain, Switzerland, France, Sweden, Germany and Portugal. Her students are drawn from all over Europe and many have subsequently gained acceptance on advanced courses at a Guildhall and other leading conservatories. Her pupils appear with leading national and international opera companies as well as pursuing careers in concert and recital. She combines long experience of vocal teaching practices with extensive performing experience in opera and is especially known for her insight into the Italianate, French and Spanish styles and repertoire.

Be a star chef in your own home

There's still time to book a getaway for Christmas