Proceeds from the one-person performance will be donated to the Salesians of Don Bosco to further their mission to help the homeless in Malta build a better future.

Tyrone Grima has written and directed Zayden, a one-hour play in Maltese that is being staged at The Splendid in Valletta in July. The one-person narrative is set to be a unique highlight of this summer’s theatre season with seven performances being held between 25 and 28 July. 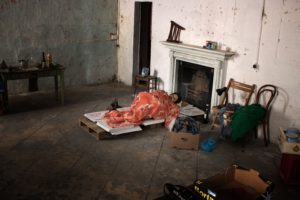 The play tackles the issue of homelessness in Malta. We might not see people begging on the streets of Malta as we do in cities abroad. We might even think that homelessness is not a pertinent issue in the country. Zayden, however, challenges this misconception.

The show’s story features a young Maltese man who was homeless for several years. The title role is interpreted by Jacob Piccinino (Us/them), a trained mime actor, who leads the audience on an interactive journey through his life as Zayden. Most of the show is based on real-life episodes, tweaked to ensure confidentiality, but staged to bring the audience into the reality of homelessness of young persons in Malta. 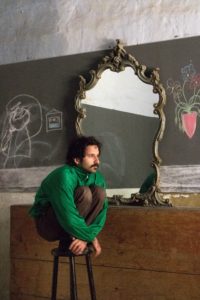 In true Maltese spirit of never focusing on the gloom for too long, the show manages to portray the lighter side of life in spite of adversity. Zayden has an entertaining sense of humour and he tells tales of getting up to a fair amount of monkey business in life, including escaping from the police, stealing fruit from San Anton Gardens, and a mock village procession.

“I am very excited to be staging this production in Maltese. It will make you laugh, it will make you shed a tear,” says Zayden playwright and director Tyrone Grima, known for his staging and direction of Children of a Lesser God. “Most of all, though, Zayden will make you feel the need to stand up and do something to change the situation and make this world a better place.”

Zayden is produced in collaboration with the Salesians of Don Bosco, who work at Dar Osanna Pia and Dar Mamma Margherita to provide support and help to young homeless men to change their lot in life and build a better, more promising future. The proceeds from the show will be donated to the Salesians of Don Bosco to support this work. All people involved in the production of Zayden urge audiences to join them on this journey of understanding and do their part in alleviating the issue in Malta.

ZAYDEN will be staged at The Splendid, Strait Street, Valletta, opening at 8pm on 25 July. The show’s run will continue on 26, 27, 28 July with two performances per night at 7.30pm and 9pm. Tickets are just €15.90. Booking is now open, with tickets and more information available at www.showshappening.com.

indulge Speaks to the Women behind Sunrise