The all-female Maltese production hopes to perform at one of the top venues at the world’s largest arts festival.

The cast of MARA, led by the popular musical duo The New Victorians, has launched a crowdfunding campaign on local platform ZAAR to take the critically-acclaimed original production to the Edinburgh Festival Fringe 2019.

Celebrating women through time by means of sound manipulation and electro-acoustic music, MARA is a multidisciplinary live performance starring an all-female Maltese company. The show’s audio-theatrical journey tells the stories of various historic females, including inventors, scientists, artists, activists, musicians, politicians, writers, fighters, and mothers, highlighting that every story is worth telling, and that no voice should be silenced. 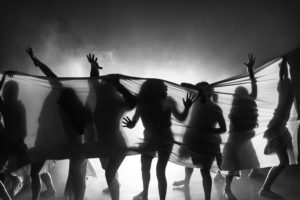 The production has already gained international acclaim since its first shows in Malta in 2016, with performances at the National Theatre of Scotland’s Exchange Festival in Inverness, as well as at London’s The Vault Festival. Now the show has been offered another major opportunity to perform as part of the world’s largest arts festival, the Edinburgh Festival Fringe, which annually features more than 55,000 performances of more than 3,500 different shows. In addition, MARA would headline the programme of one of the Festival’s biggest and most highly-respected venues, the Pleasance Theatre.

“We have been offered a prime slot at the Pleasance Theatre for 26 shows over the full Edinburgh Fringe Festival in August at the King Dome, which is of course a pretty big deal and very exciting!” say Philippa Cassar and Bettina Muchmore, the sister duo behind MARA also known as The New Victorians. “This is a dream for us since it would mean getting the chance to represent Malta at one of the most renowned venues at the Fringe… but we need your help!”

To be able to accept the offer to perform at such a prestigious venue, the MARA cast must first raise the significant funds required to support the show throughout the festival. These expenses include accommodation and travel for the cast and crew, the cost of lighting, rigging and the set, as well as that of marketing and admin, and insurance, licensing, PR and venue costs, which altogether total more than £30,000.

While the show is already supported by notable sponsors such as V Squared, Fino, Ecco, Air Malta, FM Theatre Productions and St Michael’s Foundation, the MARA cast has also launched a crowdfunding campaign to raise the remaining €10,000 needed to make their dream a reality.

“We had a wonderful experience when we crowdfunded on ZAAR in support of our EP – which is where the song ‘Lie Liar’ was born,” continue Philippa and Bettina. “We were able to get in touch with backers and fans in a way we had never done before – it really felt like we formed a community with those who helped us out. The ZAAR team was professional and helpful too, so it felt natural for us to use this platform to crowdfund again for our Edinburgh Fringe dream.”

Funds raised from the show’s crowdfunding campaign on ZAAR will be specifically used to cover PR, marketing, production, travel, accommodation and living costs associated with the Edinburgh production.

Backers who support the campaign can also expect to receive exciting rewards packages based on how much they donate, which include honourable mentions, Thank You videos (offered in the accent of your choice), workshops, free merchandise and free tickets to local MARA shows. The campaign also forms part of a ‘MARA-thon’ of other fundraising events in support of the show’s performances at the Edinburgh Fringe.

For more information or to make a donation, visitors are invited to see the ‘MARA at the Edinburgh Fringe Festival 2019’ crowdfunding campaign at www.zaar.com.mt.

Marsovin Marks A Century of Wine with New Book

Noli, an Album of Timeless Maltese Music to be Crowdfunded