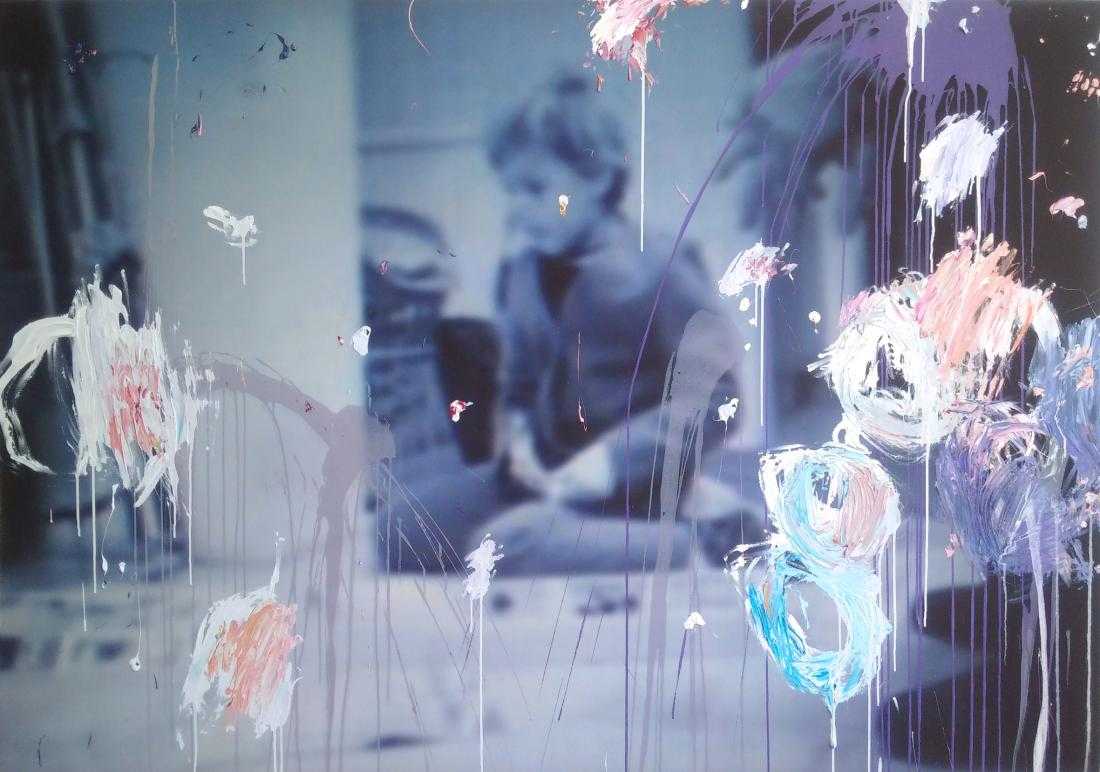 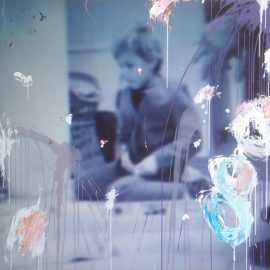 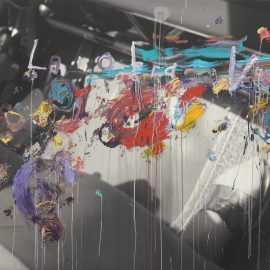 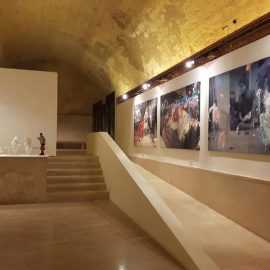 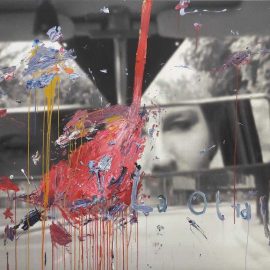 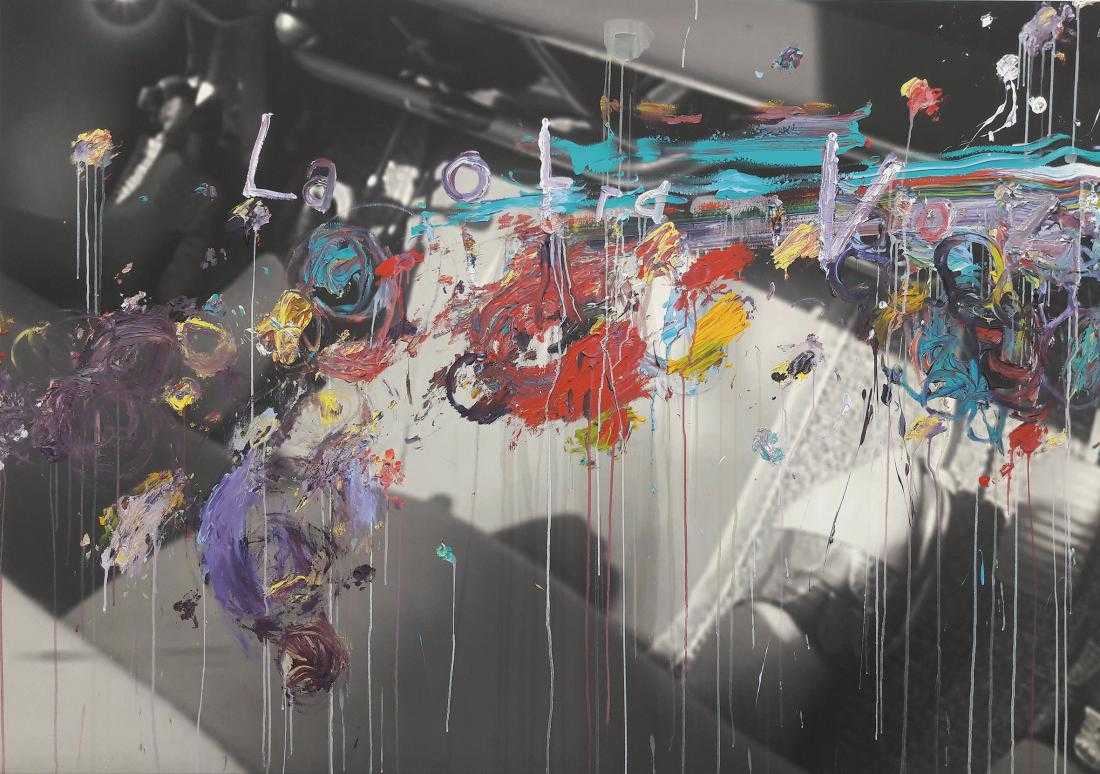 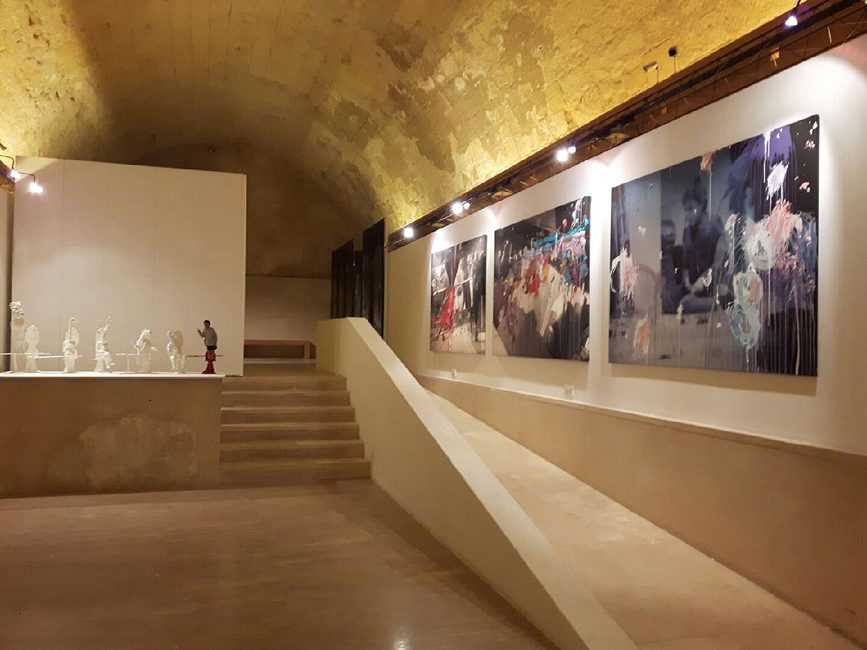 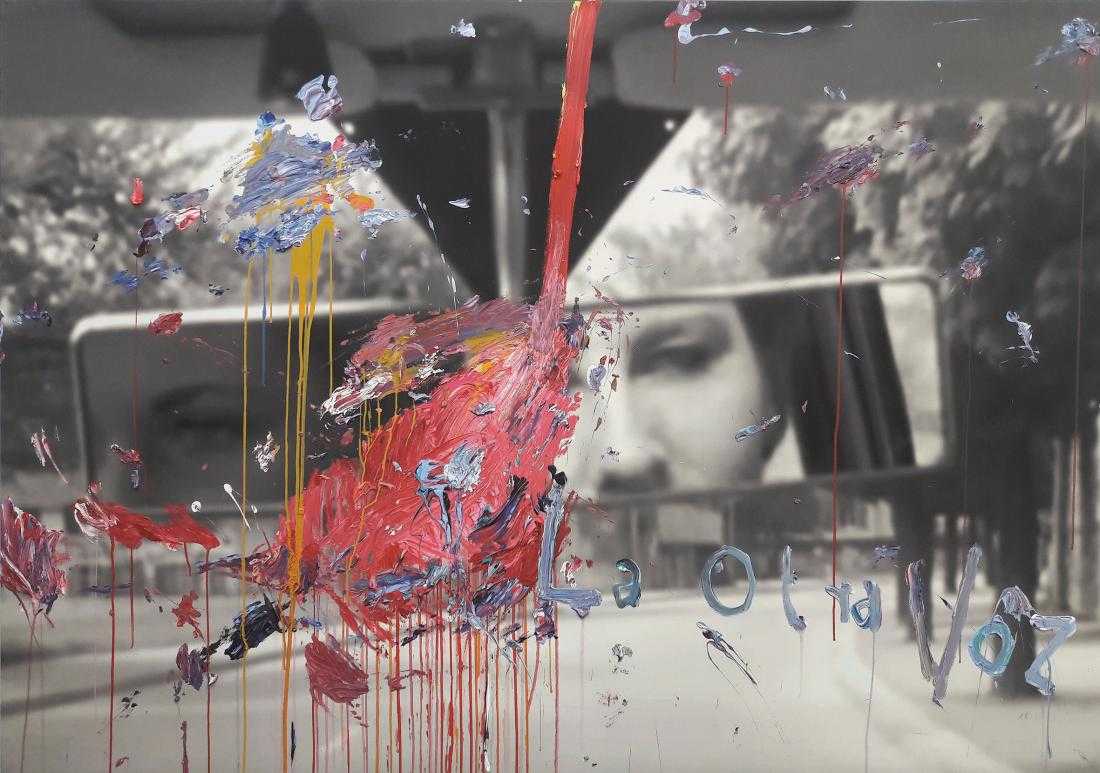 I have been working with Ostrale for many years now. And those constant philosophical and political reflections are part of our collaboration. My contribution to the Found ă Mentalism II project are three paintings which are based on video stills from the 60s dealing with the scarily-defined role of women in everyday life.

How important is it for artists to come together to get involved in social and political issues?

This is basic for me. Art doesn´t exist in an ivory tower. Art is no self-satisfaction; but a method of a widened perception and at the same time a device to engage in social and political issues in the sense of Joseph Beuys’ description of a Social Sculpture. Even if it is ostensibly “only” colours on canvas like in my case.

Tell us a little bit more about the series ‘The Other Voice’; parts of which are being exhibited as part of the project.

These are three of the first four paintings of the series. The Other Voice, originally “La Otra Voz” refers on the one hand to the above-mentioned role of women in the 1960s in Germany and Europe and on the other hand to the eponymous book of Octavio Paz which was published two years after he was honoured with the Nobel Prize in Literature in 1990 and which reflects South-American and specifically Mexican society and cultural fractions. And so, there are many complex levels of overlapping references even here but basically you can find the deeper meaning of the paintings without knowing this.
The viewer has to fill these open spaces between the levels of imagery and meaning with their own identity and story. It is not about a method simply to decode what is seen by knowledge and information. Otherwise it wouldn´t make sense to paint anything at all if you could substitute this by language and explanation.

Your juxtaposition of photography and painting is fascinating. What attracted you to the use of mixed media; and how does this allow you to convey your vision?

I don´t think that this is a juxtaposition, but the two sides of a medal which – for me – belong together. And I have no real interest to copy the existing or simply to express “something”, however. To me both belong together and creating these poetic and complex structures and levels offers the viewer to actively engage with their personal stories and perception in a completely diversified retinal world as an artistic method to create individual recognition.

Your extensive biography leads one to believe you are a very busy man – artist, communication designer, academic, curator. Can you say you have a preference; and if so why?

I am an artist. And as an artist I am doing all these different things all of which are based on my art even though they are scientifically or in a sense of management or academic teaching pretty pervasive. I know this sounds strange but it´s the truth. I have loved to do disparate things at the same time since I was a little child.

What do you think has been your greatest achievement to date?

Definitely my marriage with my wonderful wife Anne. All the other documented big biographical “achievements” or not really important in comparison to this highlight many years ago.

What are you working on now?

I have just opened a big solo show in a gallery in Bonn showing, besides other works, three completely new paintings I made during the last five weeks. One deals with the wonderful German expressionist painter August Macke who died at the age of 27 in the first days of WW1 in September 1914. Half a year before he realized the stunning and world-famous Tunis journey together with Paul Klee and Louis Moilliet and created those unbelievably beautiful and strong water colours. Besides this I am working on three pretty huge projects which link arts, design, economy and social development. Very exciting.

And finally, what is your greatest indulgence?

I love very good food and wine. And I am a smoker. My wife always describes me as a smoker like a typical French inspector of the 1970s thinking of the next steps – while smoking – to solve the case. Maybe it really looks like this…