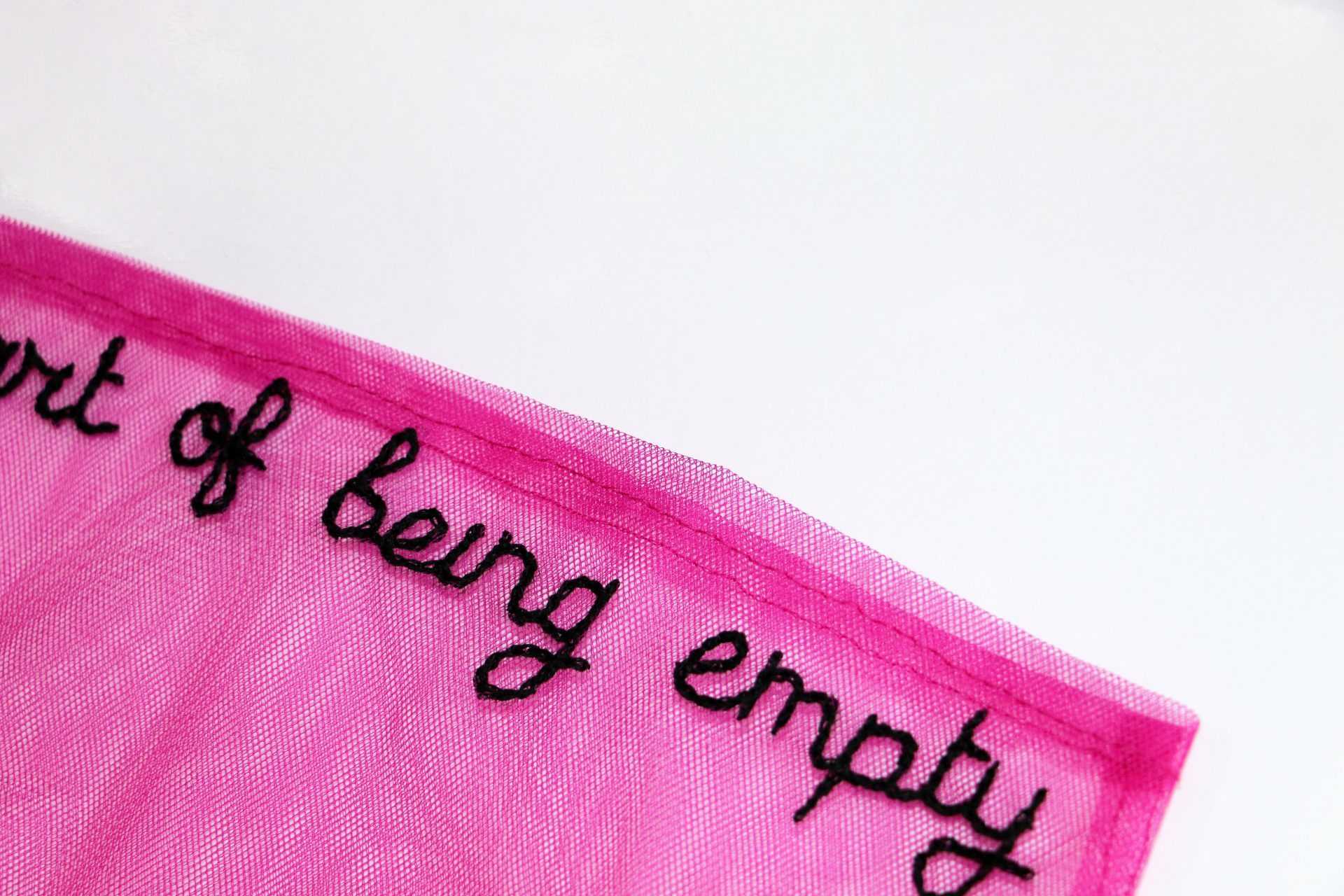 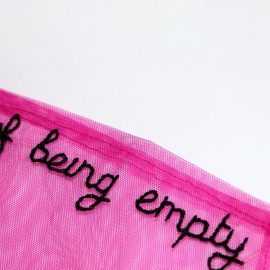 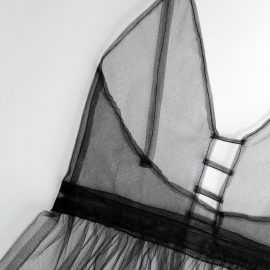 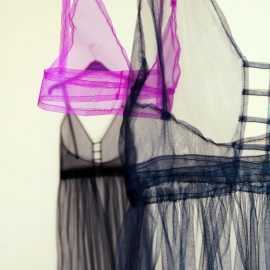 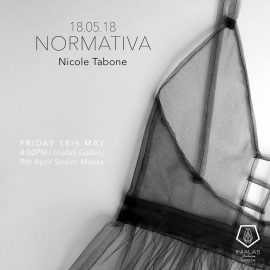 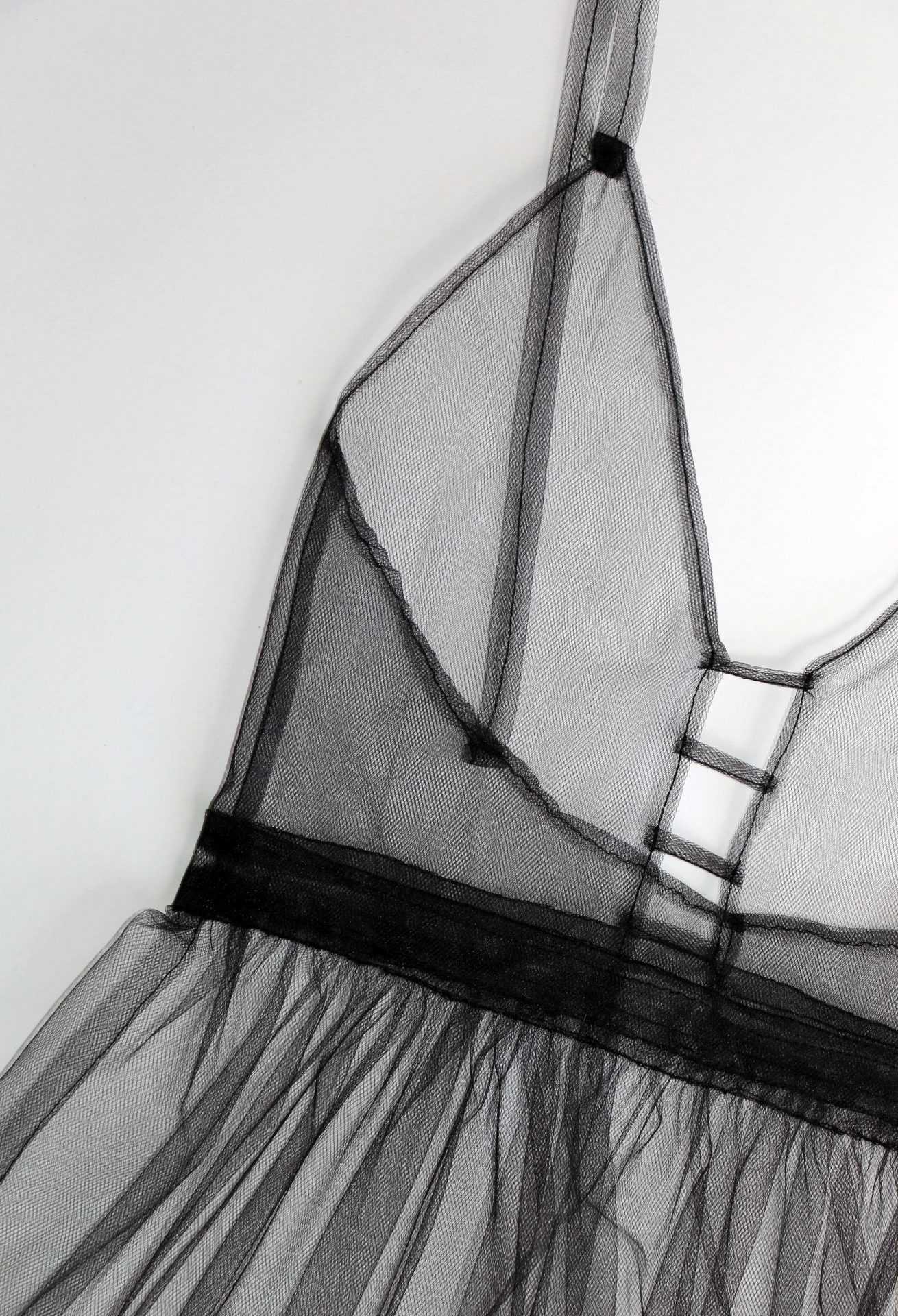 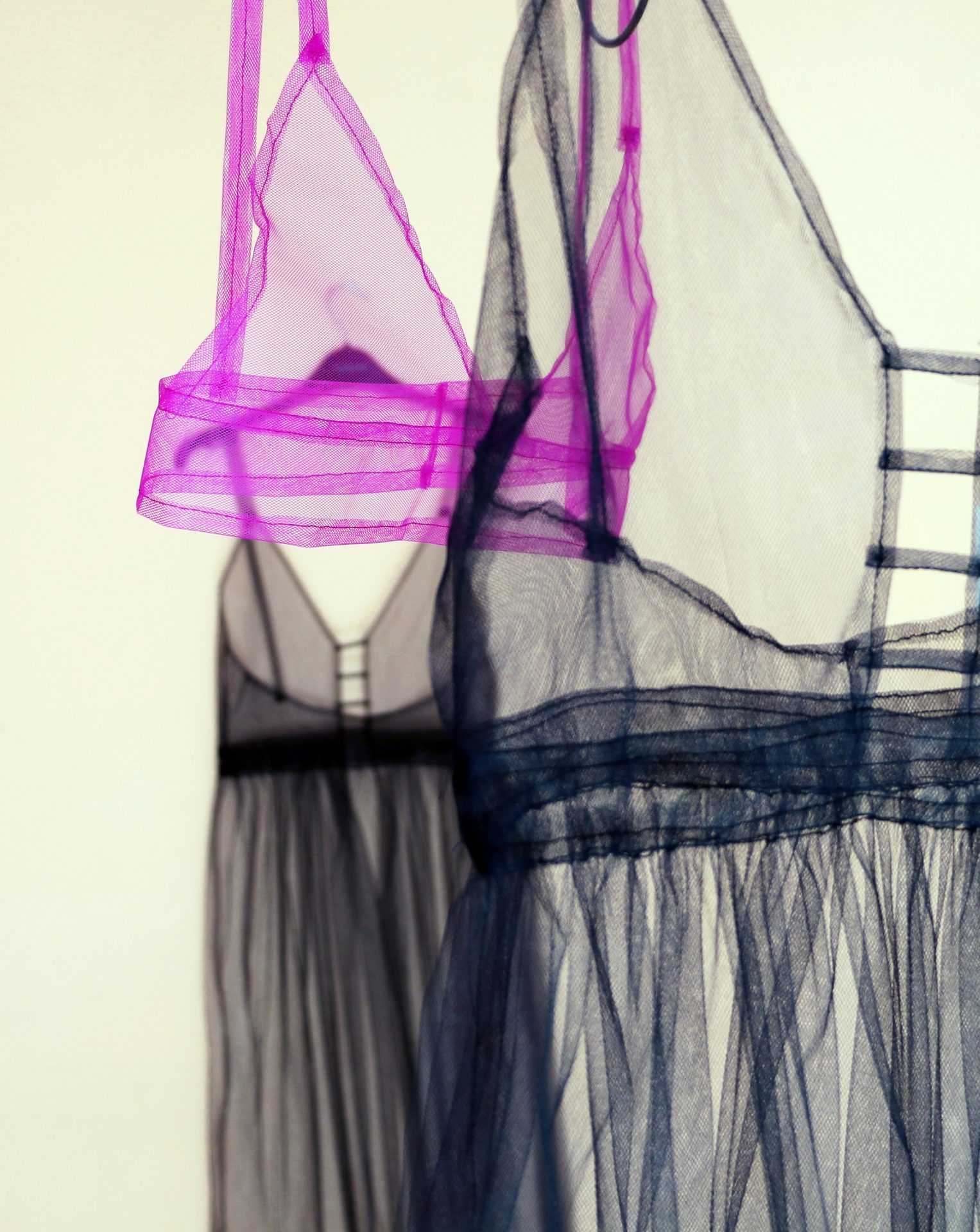 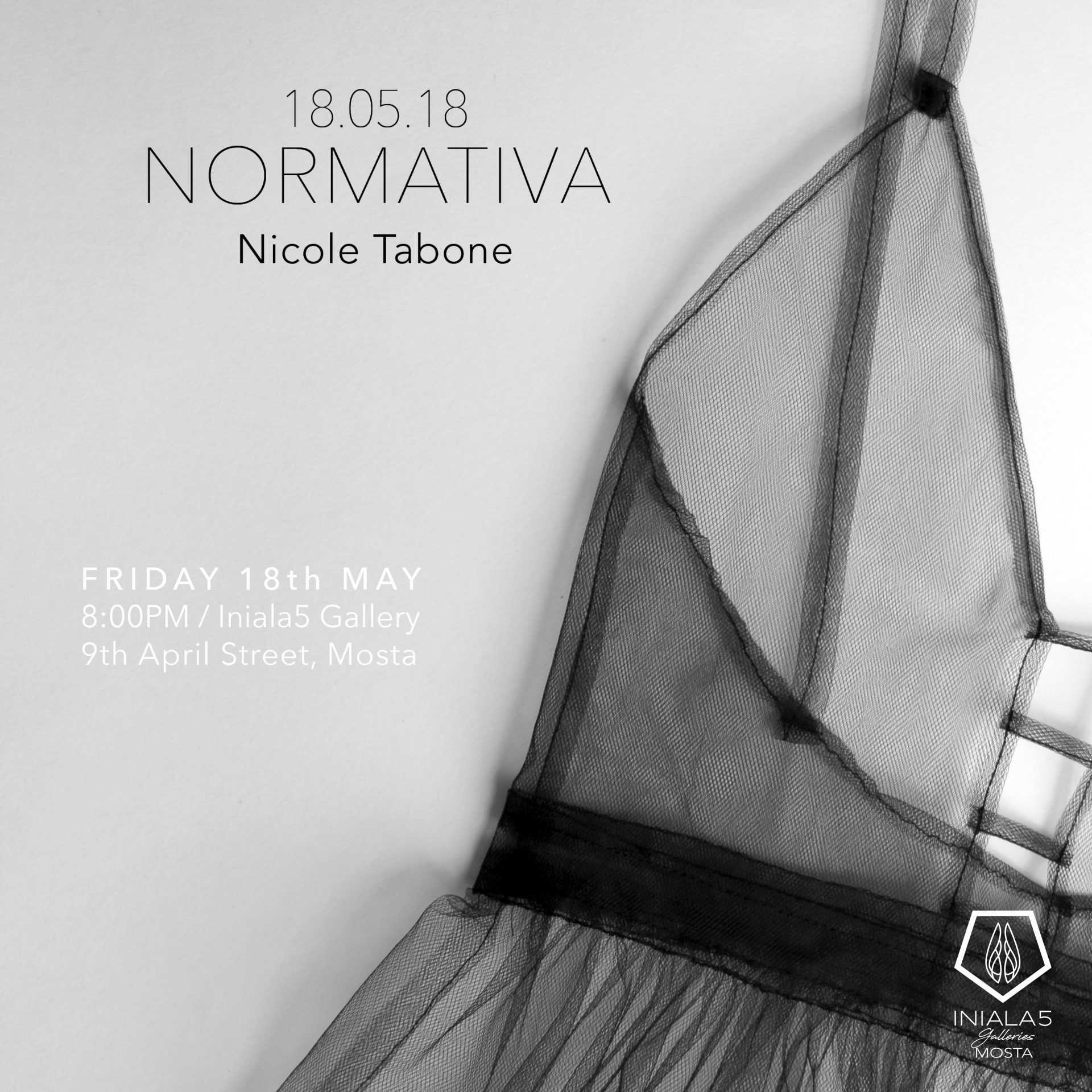 Normativa, by Nicole Tabone,  forms part of the end-of-year project for the BFA (Hons.) in Digital Arts at the University of Malta. Concerning elements of dress design and embroidered typography, this project draws on distorted notions of femininity. It aims to expose gender-based censorship through the absence of the human body, leaving everything to the interpretation of the human sexualised gaze.

The subject of inequality between the two genders is a highly complex issue as it addresses many different misogynistic aspects that belittle the existence of a woman. However, the greatest issue within the problem itself is the fact that sexism is invisible to many. Having a first-hand experience of the situation makes you wonder how people can be so blind to a hurdle that is so obvious, yet those who do not encounter such difficulties daily, fail to see the problem. Thus, using see-through fabric, the aim behind this artistic installation is make the viewer aware of the invisible problem of sexism.

All text present in this installation has been extracted from Rupi Kaur’s 2017 collection Milk and Honey. In her collection of poems, Kaur writes about sex, love, and rejection whilst touching upon darker material such as sexual abuse, beauty standards, and racism.

By challenging social taboos in the form of literature, Kaur has successfully resonated with her readers by promoting the message of self-empowerment and affirmation. Consequently, snippets of Kaur’s poems were utilised in this collection of work to depict the writer’s emotional trauma because of violating gender role norms

By displacing the dress from a clothes’ store display window to a gallery space, this textile installation mainly focuses on the shifting of context, which transforms a utility garment to an artistic body of work, depending on the perception of the viewer. While breaking social norms, Normativa intends to showcase a set of clothing that defies their original purpose. As if seeing through the woman’s body, thoughts, and feelings, the viewer is obliged to look at what is usually hidden underneath the dress.

Nicole Tabone (b. 1996) is a Malta-based multimedia artist whose interests lie within the fields of graphic design and conceptual art. After spending the last ten years practicing drawing and painting techniques, she has recently just started experimenting with visuals and graphics which aim to portray the female figure in the realms of digital art. In fact, her work has also developed into handcrafted visuals which combine both machine and embroidered embellishments with contemporary media and techniques.
The themes of sexual objectification and gender differences feature prominently in her work as she tries to explore the relationship between human culture and visual art. By combining both aspects together, most of her work reflects her personal views as a female artist.

Sea She Sees exhibition at the Maritime Museum