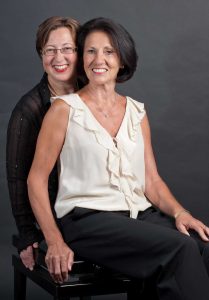 On Friday 1st November at 8pm Teatru Manoel presents an amazing piano recital featuring one piano with four hands. The piano is a Steinway and the pianists are Anne Borg and Ivette Kiefer.

Born in Malta, Anne Borg studied piano with Amy Parnis England and Dela Hare. In 1967 she won the Malta Song Festival Piano Competition that carried with it a year’s scholarship at the Music Academy in Saarbrücken. Subsequent scholarships enabled her to extend her stay in Germany. She has taught piano at the Saarbrücken Academy of Music since 1978 and was appointed Professor in 1988. Anne has given numerous recitals on radio and television and also performed in Germany, Malta, Russia, France, England, Egypt and India. She is a regular judge at the Bach International Piano Competition in Würzburg.

There is a 50% discount for students, under 25s and kartanzjan holders on selected seats and primary school children go free. There is also a pre-concert talk at 7.15pm for ticket holders.

Clear out your wardrobe for charity

The Jew Of Malta – this October