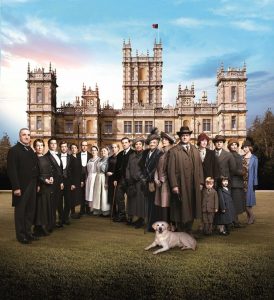 Downton Abbey, the popular drama portraying the lives of the Crawley family and the servants who work for them, returns to GO Stars HD this Sunday, 28 September at 9.00pm, with new episodes airing just a week after the UK.

The Brand new fifth Season of Downton Abbey will take viewers from 1924 to Christmas 1925. The series will continue some of the storylines established in the fourth season, including Mary Crawley’s relationship with Anthony Foyle and Charles Blake, Tom Branson’s flirtation with Sarah Bunting, Edith Crawley’s pregnancy, and will explore the aftermath of Rose MacClare’s broken engagement with Jack Ross.

Michele Dandria, Content and Digital Media Manager at GO said, ‘Over the past few years, Downton Abbey has been one of the most popular TV drama series while at the same time picking up a host of Emmy and Golden Globe Awards. Season 5 promises yet more excitement as the lives of the Crawley family and their servants continue to take unexpected twists. GO Stars HD is the home of great TV and the new season of Downton Abbey will provide our customers with yet another first class viewing experience.”

Set in an Edwardian Country House, Downton Abbey is set in a time before the last vestige of centuries old tradition were stripped away by World War and the modern age and has consistently received rave reviews from critics.

More information on GO Stars HD which is available from as little as €6.99 per month for existing GO TV subscribers can be obtained from all GO retail outlets and exclusive resellers, by calling Freephone 80072121 or visiting www.go.com.mt.

Have a comfortable trip