The story so far….

Theo (11) sets off on his first expedition on the family fishing boat Simshar together with his father, grandfather and a Malian migrant worker. Disaster strikes when a fire breaks out onboard, leaving the crew stranded in open water.

Meanwhile, tensions run high when a Turkish vessel rescues African migrants between Malta and the Italian island of Lampedusa, with neither country willing to allow disembarkation. Alex, a Maltese doctor sent on the ship against his will to provide medical care, gets caught up in the diplomatic dispute and is forced to remain on board. His friend in the national armed forces, John, tries to get Alex back to land whilst assisting with the search for the missing Simshar. Theo’s mother Sharin desperately rallies the local community into conducting their own search.

The deadlock at sea is finally resolved, and the migrants are taken in by Italy. Meanwhile, by the time the floating Simshar crew is located by the fishing community there is only one survivor …

Watch the trailer and watch out for Simshar related events 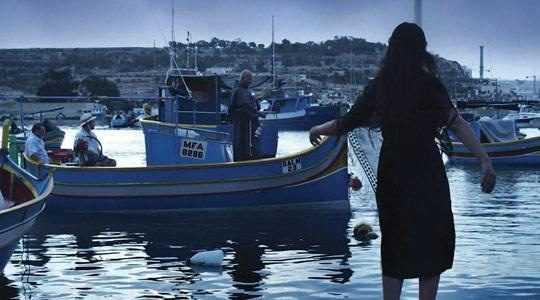 27 April 2014: Simshar Premiere (Empire Cinemas, Bugibba) – a red carpet event which will be attended by Simshar actors, key crew members and local celebrities. The team have a few surprises in store for Premiere night which will be announced via social media channels.

Next Article
0
Monique Chambers March 26, 2014
No Comments Yet