Oh the Little Black Dress, or LBD. You know the one… Not the one you keep reserved for job interviews and state funerals, but the other one. The hot one. Once you’ve located your base dress, here are three accessorizing ideas to vamp up your life in time for spooky cocktail hour. Let’s go ghouls.

Before the 1991 film we all know and love, The Addams Family started off as a newspaper cartoon by Charles Addams in The New Yorker all the way back in 1938! This happens to be the easiest of the three sartorial options: all you’ll need is a white shirt underneath your dress, and a steady hand for two plaited pigtails. Don’t forget the young Christina Ricci doe-eyed stare. 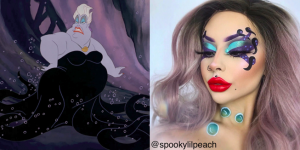 The preview of the CGI/human adaptation has had The Little Mermaid fans both young and old counting down the days until Ariel and the gang return to the big screen. Possibly the most calculated Disney villain of them all, Ursula’s cartoon adaptation for the 1989 animation was based on larger than life American actor and drag queen Divine. The more you know! If you’re feeling crafty, you can stick or pin on long triangular strips of black bin-liners to the hem of your dress. Make a big effort with your makeup and hairstyling- highly pigmented turquoise eyeshadow and some white temporary hairspray, or even talcum powder will assure people “get it”. Complete the look with all the seashell-themed jewelry you can get your tentacles on. 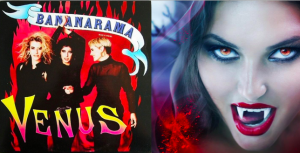 If you can locate some leggings, fishnet gloves or anything studded, you’re halfway there. Alternative 1980s dressing was all about excess- think stacked bangles, backcombing and brassy earrings. To make sure people know you’ve not mistaken the Halloween pub crawl for a themed 40th birthday party, you’ll need some clip-on fangs and fake blood from a costume shop. Coloured contact lenses would pack a wicked punch too. Pinterest is brilliant for vintage makeup ideas inspired by the chart-toppers of the time, and Bananarama’s styling in their music video for their 1986 cover of ‘Venus’, (originally released in 1969 by the Dutch band Shocking Blue!) is well-worth YouTubing. Top off the look with an oversized hair bow for 80s ‘Like A Prayer’ Madonna-era confidence.