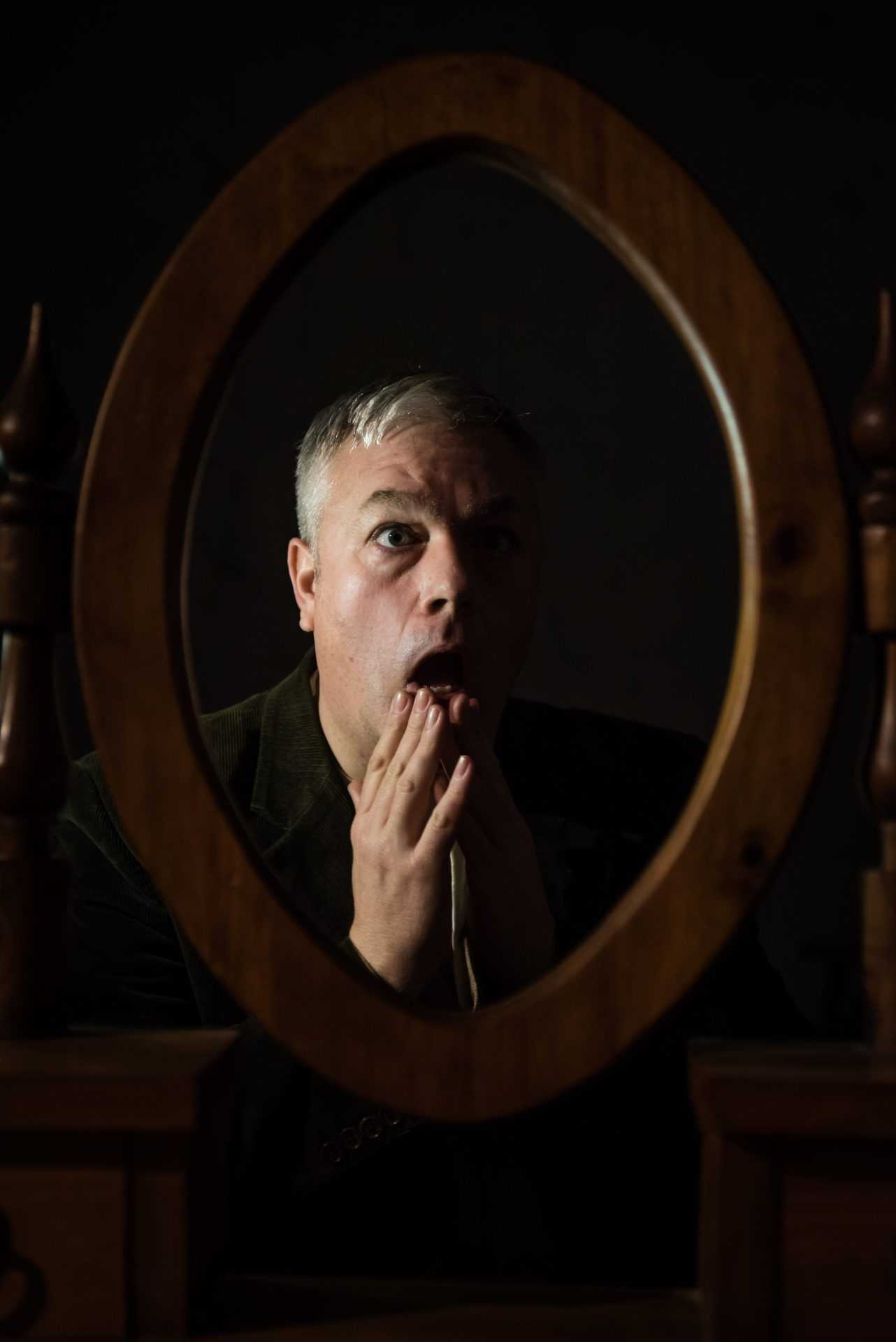 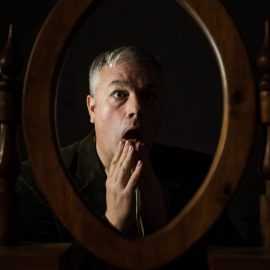 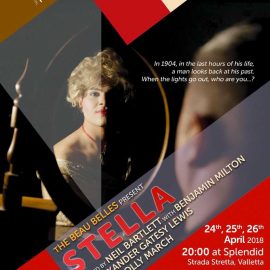 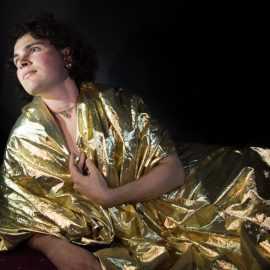 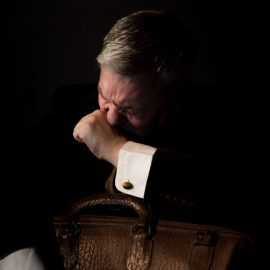 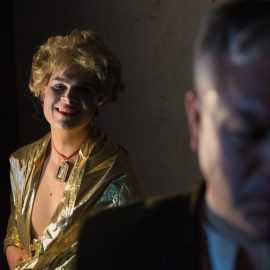 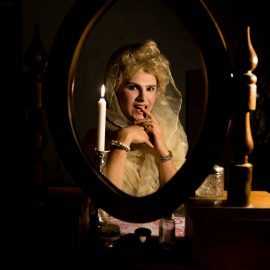 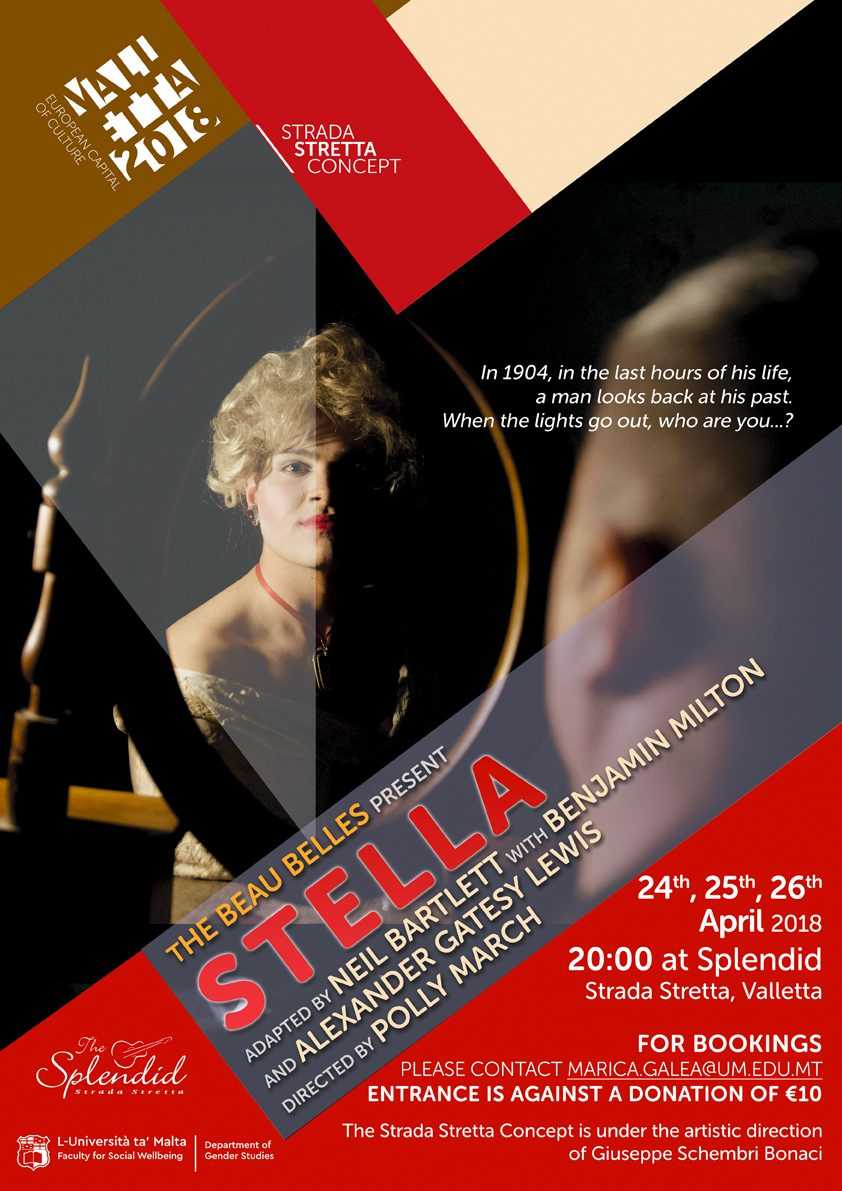 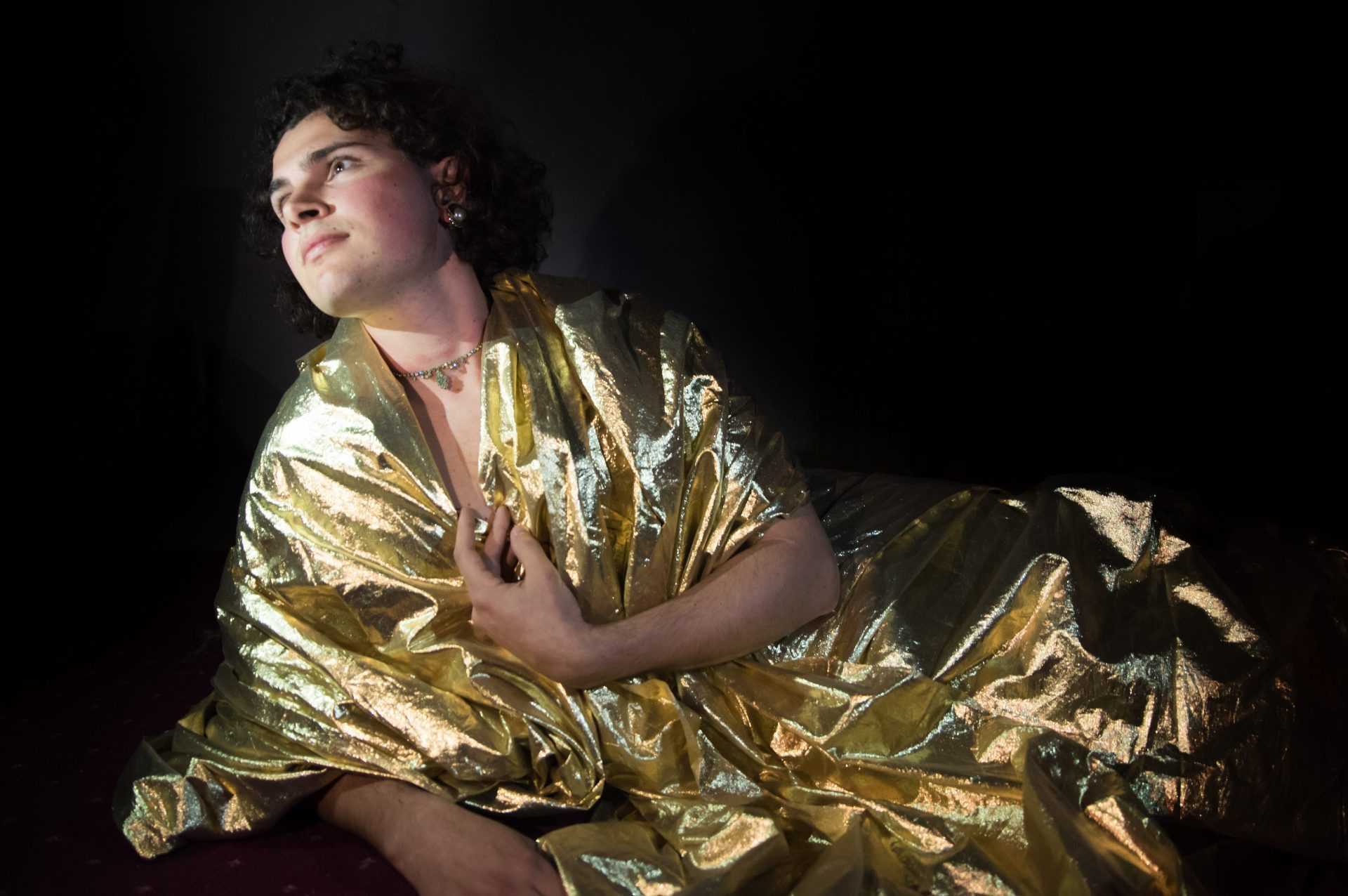 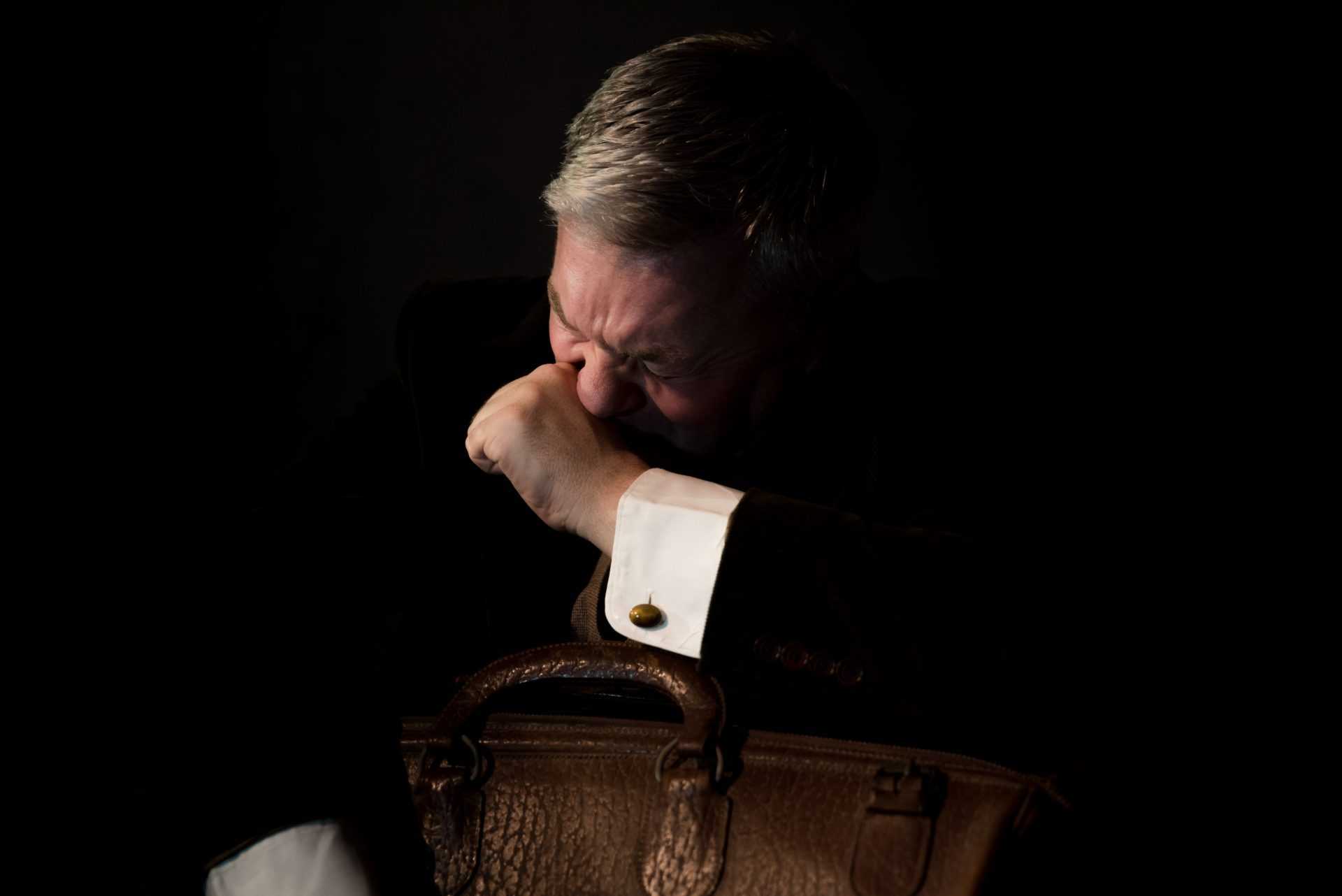 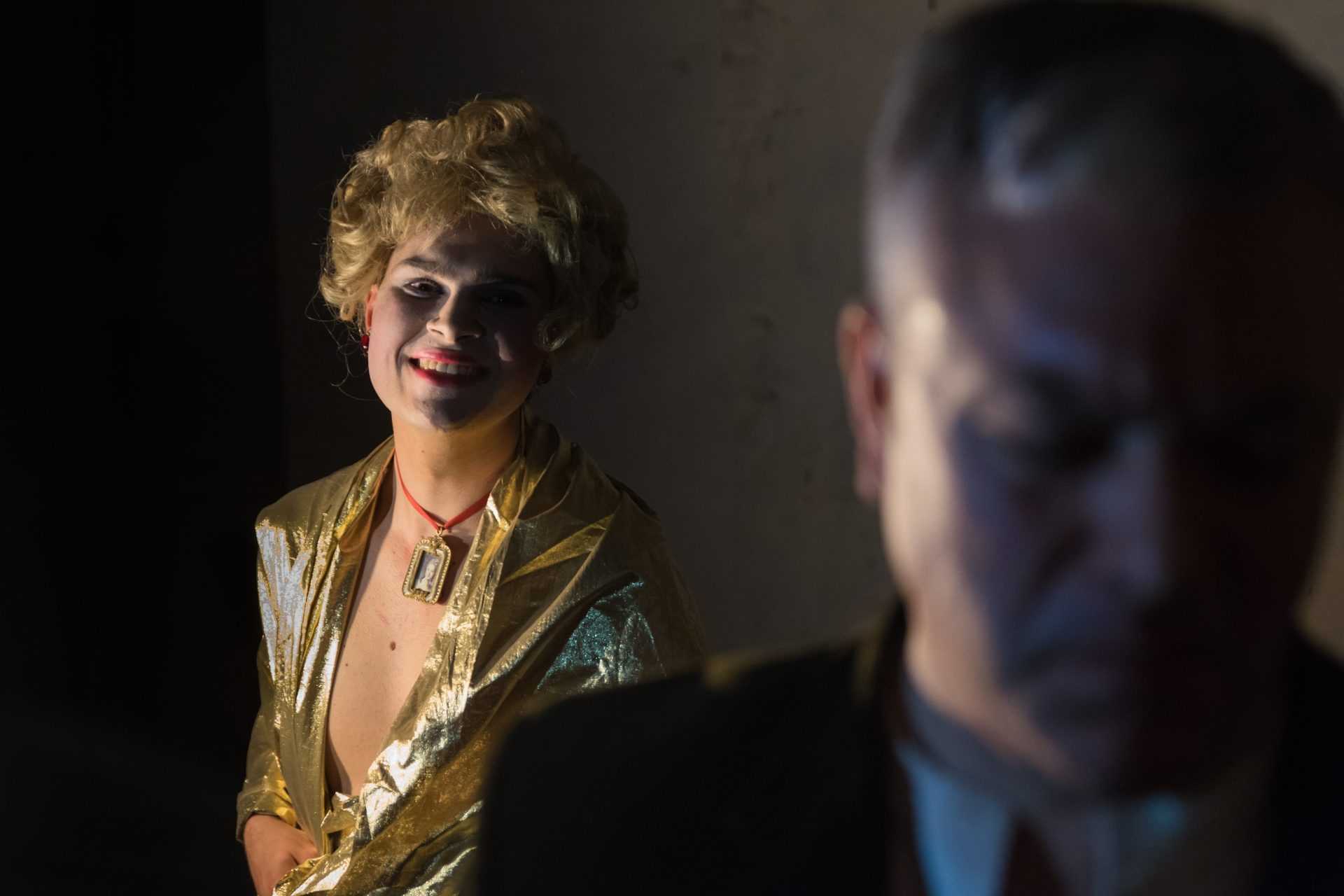 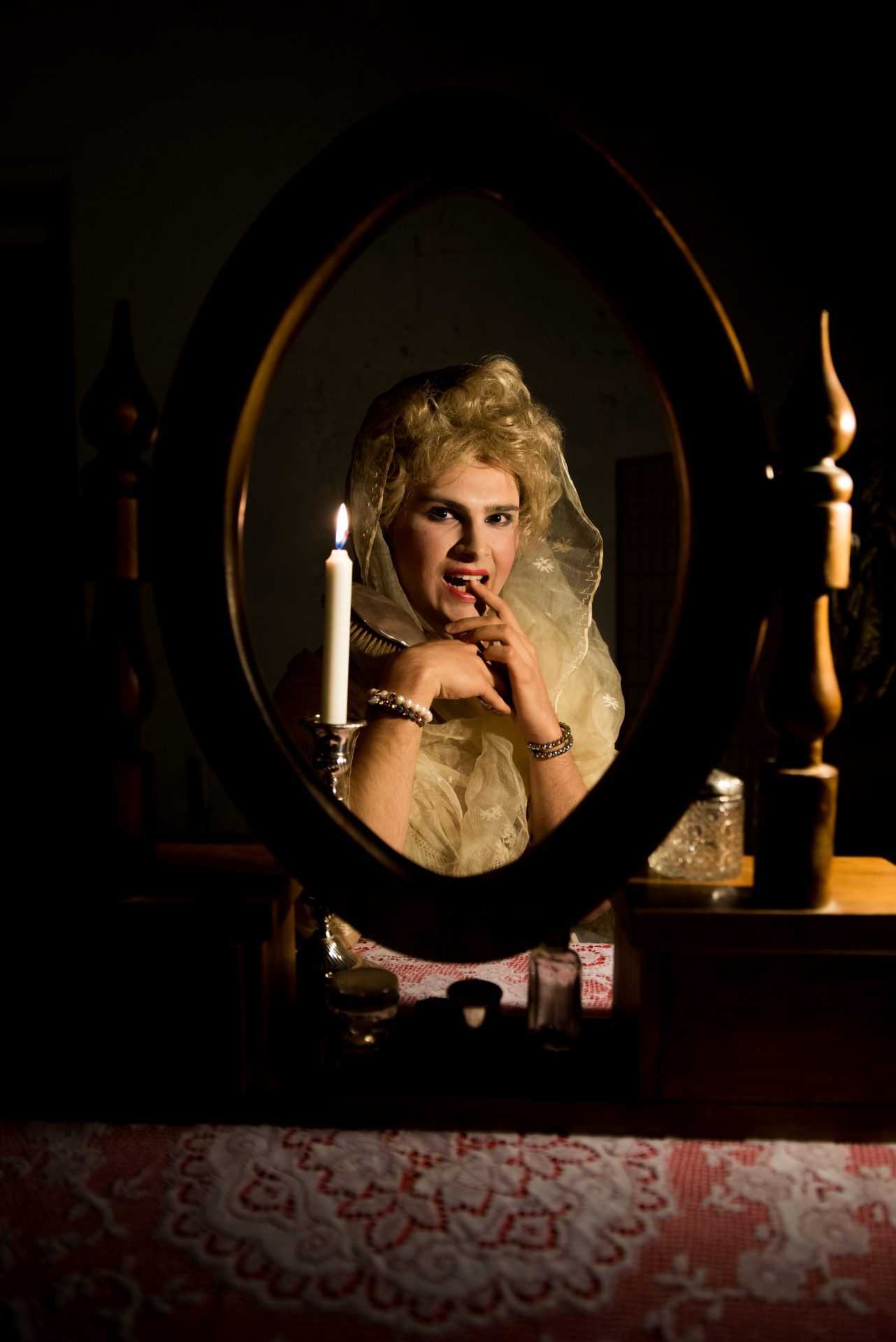 A love letter to the past, and an urgent enquiry into living in the present.

Stella, by Neil Bartlett, is based on the true-life story of Ernest Boulton, who, in 1868 re-invented himself as a woman, scandalising Victorian London by looking for love in all the wrong places. Hours from his death, he looks back at his life – A life spent searching for the courage to be truly himself.

Who is he? Stella or Ernest? Both? Neither?

The questions of gender and identity are faced with humour and heartbreak in this performance of the play by the Beau Belles. It stars Benjamin Milton and Alexander Gatesy-Lewis under the watchful direction of Polly March.

“I saw a production of Stella in 2016,” says Milton. “I was totally blown away, both by the writing and the performances. It stayed with me for a long time, always thinking that the part of “One” would be wonderful to tackle someday. The following year I saw Polly at an after-show party for Star of Strait Street, and on congratulating her I remarked how much it reminded me in feel of Stella. Polly didn’t know it, so I proceeded to give a brief synopsis. Polly casually said, ‘let’s do it’ as she waltzed off into the night… thus, a seed was planted.”

Milton adds he thought nothing more of it until he saw Alexander Gatesy Lewis in The Taming of the Shrew at San Anton, also directed by March. “Immediately I knew I had found “Two”,” he exclaims. He then posted a copy of the play through Polly’s letterbox with a note saying, “This is the play I was telling you about, do you fancy directing it…and if so, please ask Alex if he’s interested”. Luckily, they both said yes!

Stella is being produced in collaboration with the Department of Gender Studies at the University of Malta. “One thing that struck us was the fact that people often assume that gender fluidity and identity are a fairly modern phenomenon,” elaborates Milton. “Yet here was someone 150 years ago struggling with those exact issues. I approached Dr Brenda Murphy, who is the head of Gender Studies at the University, to ask her if it was something they might be interested in getting behind. She loved the idea and immediately suggested it become part of the outreach programme that the faculty undertakes, relating to gender issues in to the community. Luckily, the faculty agreed! We are very grateful to Dr Murphy and the Faculty for their support, and hope that Stella raises many questions around the notion of gender conformity in 2018, by looking at a very specific time in history.”

This is the second time March is taking a production to the Splendid. “The first time was creating the premiere of the musical, Star of Strait Street,” she says. “The venue was absolutely right for the atmosphere of a 1940s cabaret. I so enjoyed working in that space – it has none of the expected elements of a conventional theatre and allows for creativity in its use.”

March adds that The Strada Stretta Concept and its artistic director Dr. Giuseppe Schembri Bonaci were hugely supportive of the musical. “So I asked him whether he would he consider Stella – and gave him the script. He followed his instinct and agreed immediately, for which we are very, very grateful.”

March is enthusiastic about the joys presented by the production. “The play itself is a beautiful piece of work and it’s been a pleasure to work on it, as has working with Ben and Alex and Liz Borg Cardona, the Assistant Director; while I have relished the creative challenge involved in making the space at The Splendid become the timeless, limitless space in which Stella exists.

Stella is being performed on Tuesday 24th, Wednesday 25th and Thursday 26th April at the Splendid, in Strait Street Valletta as part of the Strada Stretta Concept under the Auspices of Valletta 2018
Neil Bartlett will be taking part in a Q+A session after the performance on Tuesday 24th

Fire in your belly and peace in your heart