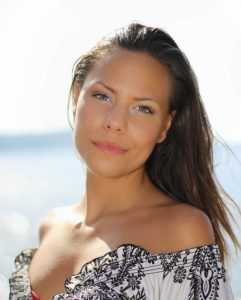 Way back when I was a teenager & my favourite piece of clothing was a black shirt that closed with leather belts over my chest,I made acquaintance with the dating scene.

Now, besides wearing hideous outfits in public, that made my mother ask herself where she went wrong with my upbringing, I was quite the tomboy at heart, hence, some of my dates are unforgettable.

To mention a couple of moments where I questioned my own reasoning:

Date # 1. After what seemed to be a successful and quite interesting night, my date pulls out a condom and says: “Is this getting used tonight or what?” His shaky voice trailing off, as he realised the horror building in my eyes leaving us both with an awkward pause and a clear understanding no second date would ever take place.

Date # 2. Now, this guy had impressed me. Picked me up, greeted me with a red rose, opened the car door, pulled my chair…you get the point.

At some point, my date tells me jokingly that I’m the kind of person that really cares what other people think. Of course, I’m partially insulted, and I offer to prove him wrong. He throws me a devious look and says: “ I bet you won’t eat that rose, because you care so much about appearances…”

Poor guy didn’t really manage to finish his sentence as I had already stuffed the rosebud in my mouth and was chomping on it trying to dislocate it from its stem. I’m sure the couple of waiters that were passing by (should I mention we were in a high-end restaurant) were offering the restaurant’s clients the chance to place bets on whether I would choke or swallow.

Before you ask yourselves why the hell I would try to eat a rose to prove a guy wrong, let me confirm that my wine induced plan was to look like the models in the chocolate commercials. Funny, sexy, and a small sensual chocolate stain on the side of the lip.. however, my picture turned out a little different.

After 3 minutes of desperate attempts to swallow and one offering of water by a concerned waiter, I finally gulped down the rose. Yes, it had never crossed my mind to actually spit the damn thing out. Pride gleaming from my eyes, I finally take a good look at my date.

Let’s just say that I had proved my point. I doubt he was impressed. Pretty sure he will never buy flowers on a first date again.

*Side note: one of my exes reads the above. A disappointed look settles on his face and in a low tone, he points out that I never ate the flowers he gave me.

Date #3. Gorgeous, Armani-model-looking guy. Had no expectations from the date, as I have been disappointed by a pretty face on occasion.

Now, first date surpassed my expectations. He was studying to be an engineer. Intelligent, funny &  a crass sense of humor. He was fidgety, and sometimes a weird look would come over his face, then he would giggle to himself. And, he always refused to tell me why…

Three dates later, setting: lobby of the building. He comes out of the elevator, giddy look all over his face,  giggling to himself like a two-year old. I, curious by nature, insist to know what was so funny. Muffling his laughter, he manages to tell me to get in the elevator. I get in. I freeze, petrified by a smell that I suspect to be coming from a rotting body somewhere in the vicinity. As the elevator doors close, I see my date burst into fits of laughter as I try to fight my way out.

Apparently, he had a lot in common with my 7-year old brother, whose favourite past-time was passing gas only when people were near-by, then rolling around in fits of laughter as adults would pull various faces.

I leave you to make an educated guess on how our relationship turned out.

Date #4. Blind date.My girlfriend recommends a friend of her boyfriend, talks about him like he’s made of gold. I reluctantly accept to go out with him.

We go out for dinner. All ok except for his phone ringing every 5 minutes. Now, I’m a patient soul and I try to be as understanding as possible, thus I discreetly ask if something is wrong, or he wishes to end the evening early. He opposes vehemently, blabbering quickly some story about his business partner.

The evening ends, and I ask him to take me home. He accepts, but asks if I mind stopping over at his place, which is on the way to mine, to pick up something from his apartment. I agree.

We get there, he asks if I want to see the place. I decline initially but as he is persistent with his pleas I give in and go with him.

We get to the apartment, get what he needs, he tries a suave-extremely-unoriginal move to try to kiss me and I remind him I need to get home. Hence, he gives in and we both go wait for the elevator in awkward silence.

Elevator comes. Ping! Doors open. A lady in her 40’s emerges, taller by at least a head than my date, impressive even by my standards. She gives me a sharp look up and down then addresses him: “ Who is she?”

She turns and looks at me and with crystal clear words, replies sharply: “ His wife,dear.” Now, many may be my faults, but dating married men is not one of them,  and although I try to come up with something to alleviate the situation, I can only manage: “ He had no ring..I’m so sorry, I didn’t know…” all while taking slow steps backwards, towards the staircase, in an attempt to flee the situation.

Now, it was highly clear to me this was probably not the first time her husband had done this, as I did not hear any gunshots on my way down the stairs. In fact, all I heard was a patient pause from her, as her husband would repeatedly grumble: “ She’s just a friend. A neighbour, she lives in the building”

As I am almost home free, I hear her shouting at him something about a divorce and the door slamming, to be quickly followed by his answer: “Well, if we’re getting divorced, do you mind if I continue my date?”

Needless to say, I ran all the way home, and informed my mother not to answer the door. Another proud moment in our family.

Order presents from the UK now!