The classic story of The Little Mermaid is coming home to Teatru Manoel this festive season, in a new pantomime by FM Theatre Productions. Discounted tickets are now available, for a limited time only!

In The Little Mermaid: A Panto Under The Sea, we meet King Triton’s feisty mermaid daughter Ariel, who loves to break the rules by visiting the sea’s surface with her forgetful fishy friend Doreen, driving everyone mad, including her nanny, Dame Bormaljotta. Meanwhile, Prince Rubinu is searching for his long-lost father King Barbakannella, and the evil sea witch Ursoola Minnofs is plotting her takeover of the underwater kingdom with the aid of her two minions, Morina and Skorfina. 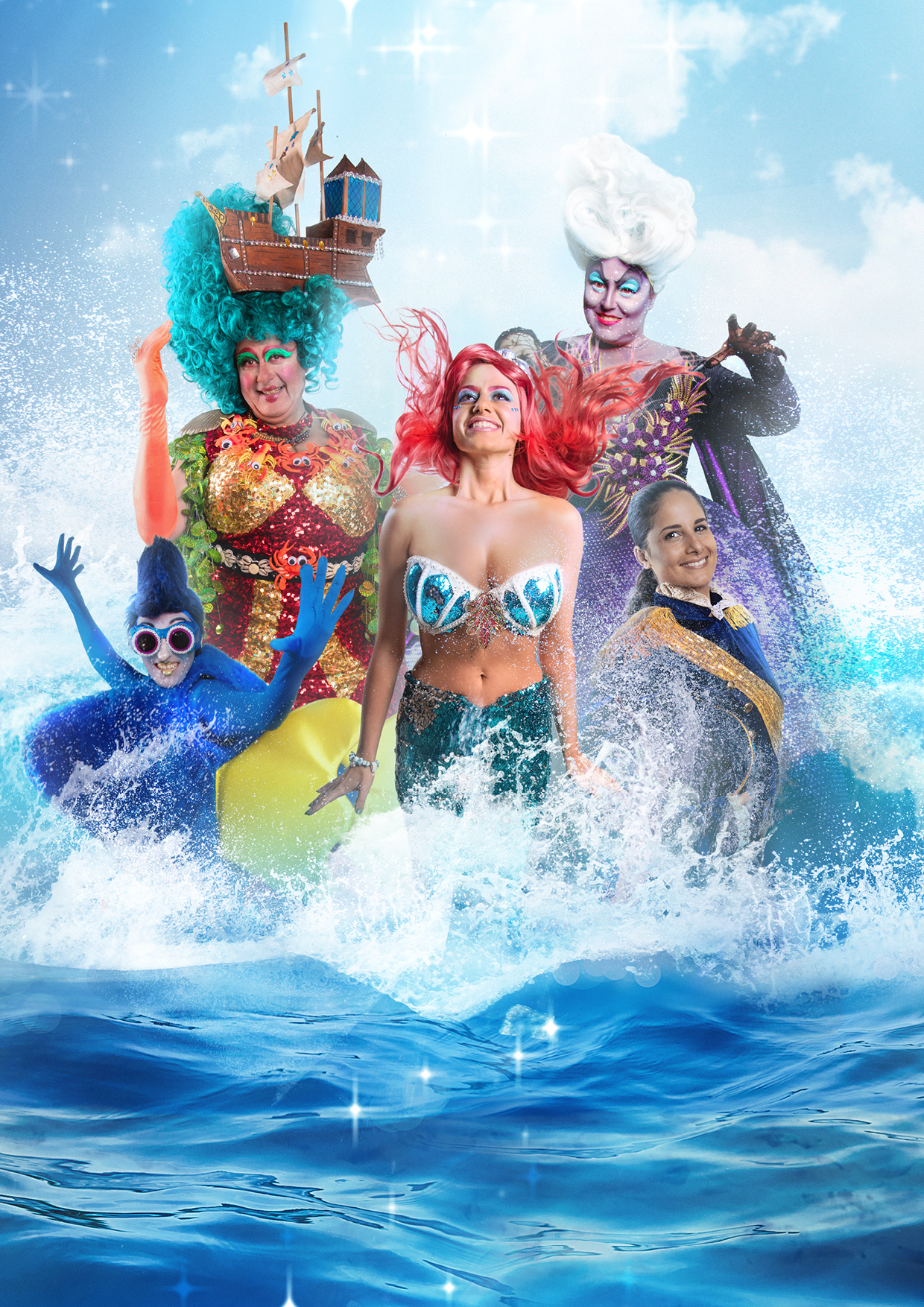 “Will the evil sea witch succeed in taking over the underwater kingdom? Will Ariel get her wish? Will the Dame get herself a hubby? Will Triton get his daughter to obey him, and will Rubinu find his dad? Is there life on Mars? Is there life in Malta? These are questions that can only be answered at the Manoel Theatre when you come and see this year’s FM Theatre panto!” says actor and producer Edward Mercieca, of FM Theatre.
FM Theatre has earned a reputation for its spectacular annual pantos, including last year’s Sleeping Beauty, with critics calling it ‘thoroughly enjoyable… had me chuckling away the grinch in me for the best part of three hours’, and ‘one of the better pantos to grace the stage of the Manoel in some time’. Throughout the rest of the year, FM Theatre has also become renowned for staging some of the world’s best-loved smash hit musicals, including the highly-acclaimed Mamma Mia!, My Fair Lady, and, most recently, a sell-out production of We Will Rock You.
This festive season, The Little Mermaid panto promises to keep up the company’s momentum with unforgettable sets, costumes, music, dancing, special effects and theatre magic, all brought to life by a stellar cast led by Edward Mercieca as the Crustacean Dame and Katherine Brown as the evil cephalopod, Ursoola Minnofs.

Other household names will be joining them, including Chiara Hyzler as Doreen, Nikki Cassar as Ariel, Tezara Saliba as Prince Rubinu, Karen Decelis as Fairy LE, Antonella Mifsud and Maria Cassar as the witch’s Eel sidekicks, Renato Dimech as Captain Barbuljatu, Joe Depasquale as King Triton and Adriel Camilleri as Bosun Cikku Flieles, as well as a chorus of sea creatures, zombie pirates, sailors and various flotsam and jetsam.

This impressive cast will be directed by Chris Gatt, with musical direction by Kris Spiteri, choreography by Luisa Fenech Conti and vocal coaching by Analise Cassar.

Early Bird discount tickets are now available for The Little Mermaid: A Panto Under The Sea, for a limited time only until November 30, so grab yours today by going online at www.teatrumanoel.com.mt, emailing [email protected], or calling on 2124 6389. Don’t miss your chance to join an adventure Under the Sea this Christmas at Teatru Manoel!