One of the reasons I chose to buy outside of my country of residence is the rampant and careless building practices. Permits are given for anything, no area is sacred, the Malta I loved is vanishing.

In Puglia, the rules are very straightforward, though each ‘commune’ has slight variations, from the outset you know what percentage of your land can be built, the rule for general extensions, the pool size and distance from the house and the fact that it is illegal to blot the landscape. How refreshing!

We had been recommended an architect through local Rotary friends and he was known by the previous owners of the property, the notary and owners of other trulli we had stayed in; so it augured well. 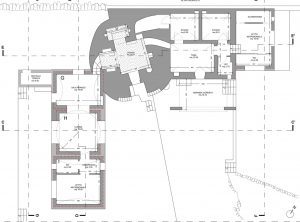 Rough sketches were exchanged and a date set for the finalisation of the plans for our next trip in December.

What we didn’t realise that the December’s we were talking about were a year apart! Our first plans we’re not approved because apparently they ‘hid’ the trullo, which seemed a little strange – and so we had to quickly redesign the house. We flipped the L shaped plan to a linear plan and these were given the green light.

Months of discussions on requirements and costs followed and we’re almost at the stage of starting work. Costs are 3 times higher than in Malta which is ironic seeing as we import most of our goods from Italy and most workers are from Sicily, surely it should cost the same if not less on the mainland? 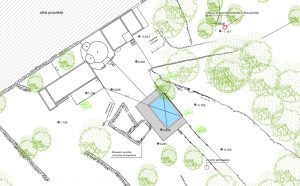 We discovered that there are inentives which we were not informed of by our architecht etc but heard about through the Living In Italy facebook group. Do ask questions on groups and ask your team about costs they don’t mention in their project plans. The comune application fees alone were almost 12k and a ‘new rule’ to have the electricity mains at the entrance to the property (in our case 100m from the building) cost almost 7k. We had new mains in the house when we purchased it, and thought we were lucky!! No mains water though and with a sizable plot of land, we decided we need to create a bore hole, another 12k. And a cistern, which has its on laws too ( I shit you not) 8k.

Without finishes (floors, apatures, bathrooms and kitchen) we are looking at a quarter of a million euro spend to end up woth a 130m sq home. So yes, buy the ramshakle building for 50k as buying a solid structure for a whole lot more did us no favours at all!

Heating is a must, we’re going for underfloor, and only having AC in the new bedrooms and the TV room. I’m a fan fan. The pool is standard size and shape which is another disappointment. It has to be 40m sq and no curves – its rectangle or square – so we’re going to be creatinve with the edging and steps.

So now the existing buildings are stripped and we’re waiting for the ink to dry on the paperwork which should be by December 2020, and then its full steam ahead.

Teatru Manoel’s Toi Toi is Back!