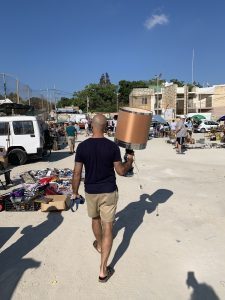 ame is Thomas Camilleri and I have an insatiable desire to give beautiful objects with a story a second chance at life. I’ve no idea when this started but I clearly remember being enthralled by programmes like Changing Rooms and Garden Force on BBC Prime when I was growing up. There was something so special about thriftily rejuvenating a space that I was hooked on these programmes for years to come.

After moving to London as a teenager, I lived in the posh West London neighbourhood of Chiswick. I rented a room in a grand old house with two lovely octogenarians and, on my walks home from college, I would be dumbstruck at the beautiful and perfectly functional items left by wealthy households on the pavement in front of their house. Once I’d moved into a shared home with three friends of mine, I remember often staggering home, weighed-down by some item of furniture or other I’d found whilst walking through the streets. Chests, mirrors, cupboards – and all beautiful, solid stuff – no chipboard to be seen anywhere. 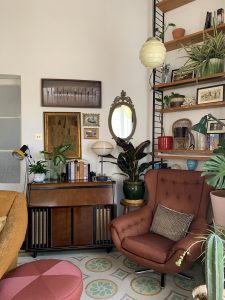 Once back home in Malta, the minimal budget that I had to furnish my apartment with matched my frugal upcycling streak perfectly. That, coupled with the rise of Maltapark (then) and Facebook Marketplace (now), meant that once I’d decided I needed something for my home, I’d just need anything from a few hours to a few weeks until the perfect option popped up for sale.

Now, in a perfect world, all of these items would be free and in perfect condition. Alas, this is seldom the case. 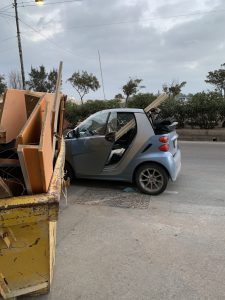 That said, the beauty of upcycling is that you’re usually making treasure out of someone else’s trash, so chances are that you’ll be getting it for very cheap. The condition of the item itself is also a major factor. Seeing a beaten-up electric fan at an open-air market might look exciting as a restoration project, but do you have the time, patience and know-how to get it back to working order?

In these articles I’m going to be touching on different items that can be given a second life with some tips on how best to go about it. My home’s been furnished almost entirely with second-hand furniture and objects, save for the kitchen. It’s been a fun process and one which involved a lot less waste since many of the items I upcycled might otherwise have been destined for the landfill. 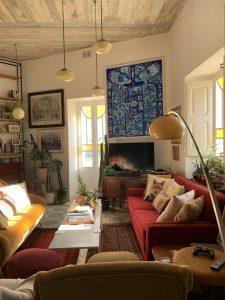 I’m starting with chandeliers, a rather random object, true, but one that I taught myself how to repair so that I could save one belonging to my friend Jo. She’d just bought a house which was about to be knocked down and at the top of her triple-height stairwell was an ordinary chandelier that had seen far better days. The morning of the demolition, I snuck into the building and managed to hook it with a broom whilst dangling off a ladder on the landing. Once in hand, I knew I had a lengthy but interesting project ahead of me.

Interested? Check out the next article in The Resurrection Chronicles. Meanwhile, this is our good read suggestion. 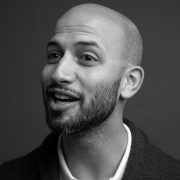 0
Thomas Camilleri September 3, 2020
No Comments Yet