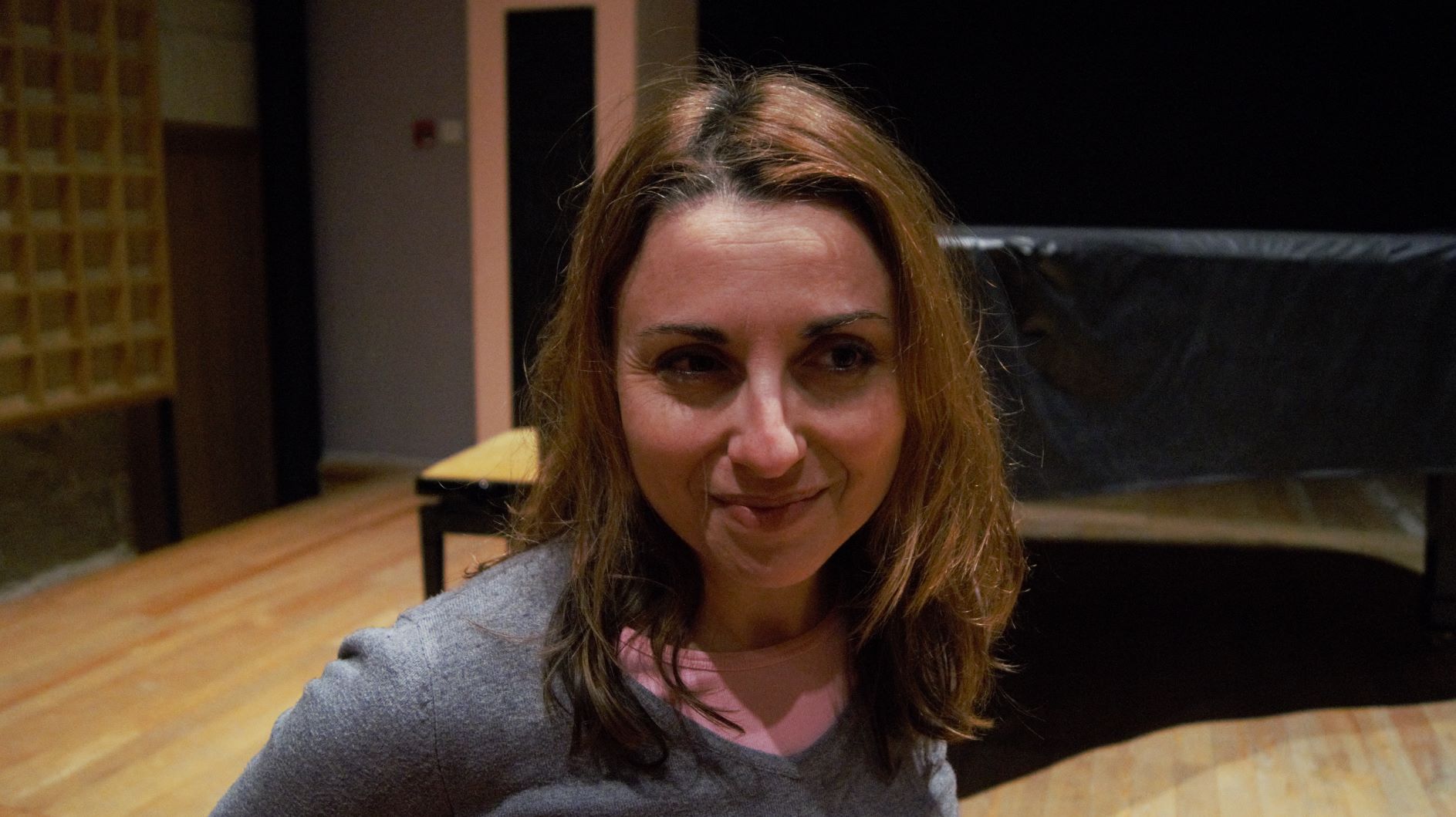 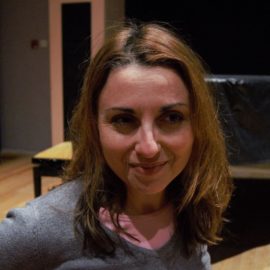 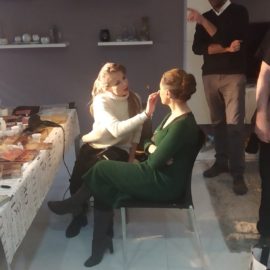 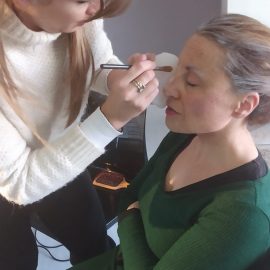 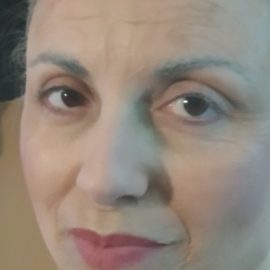 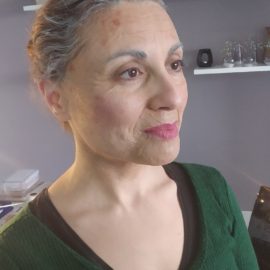 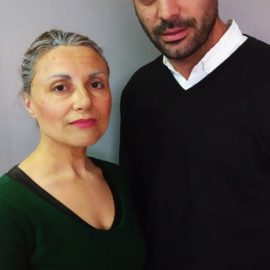 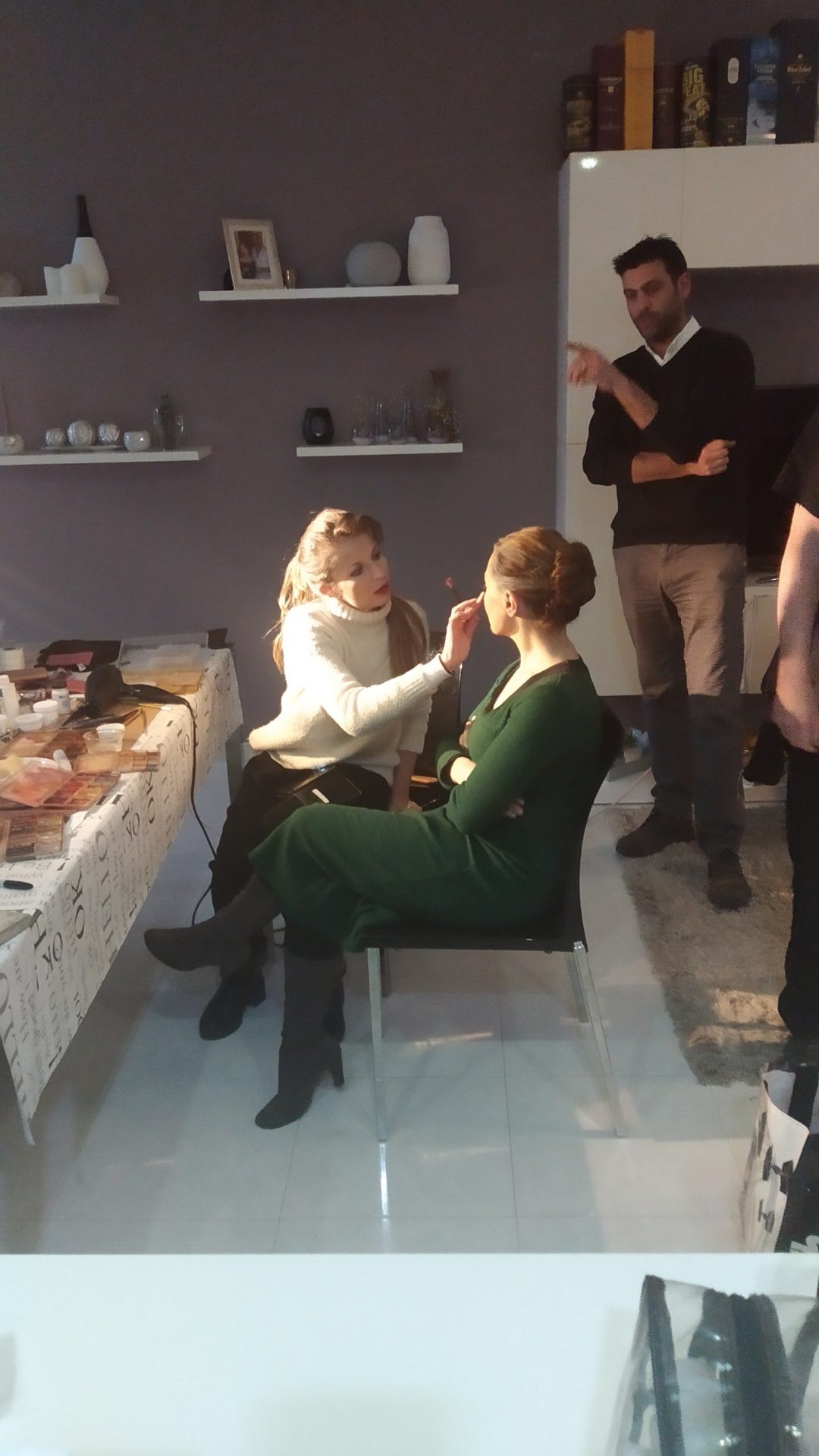 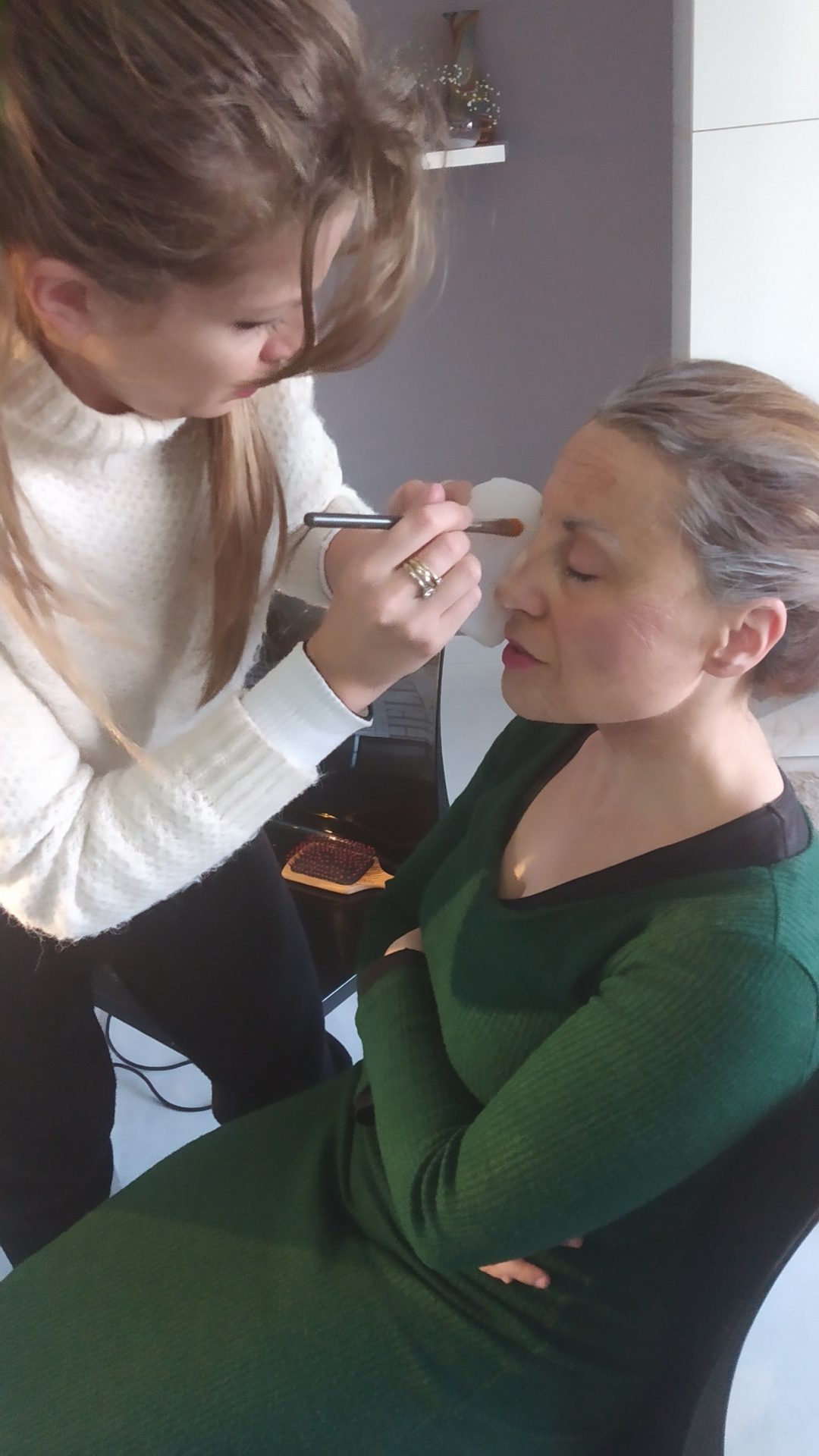 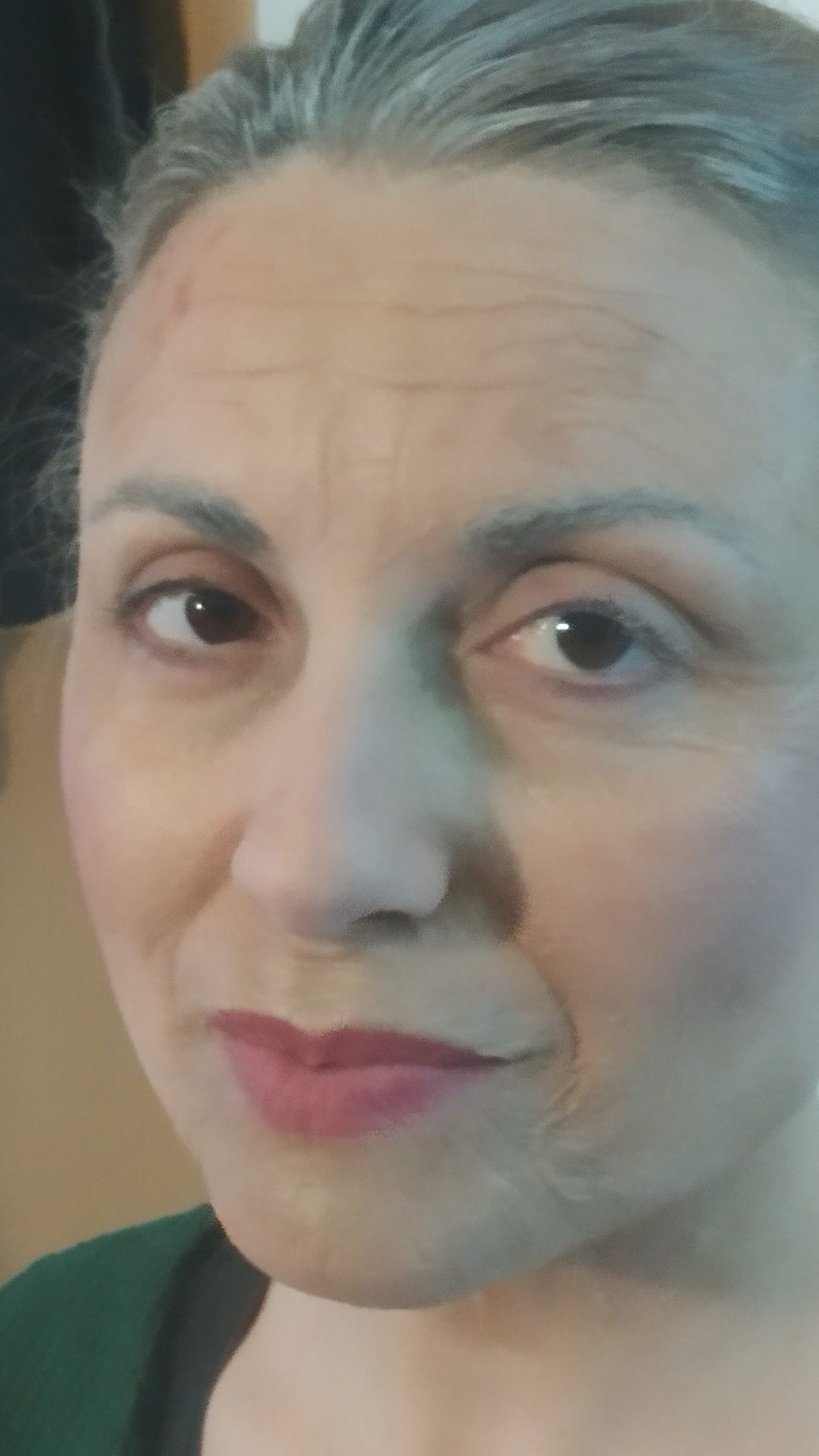 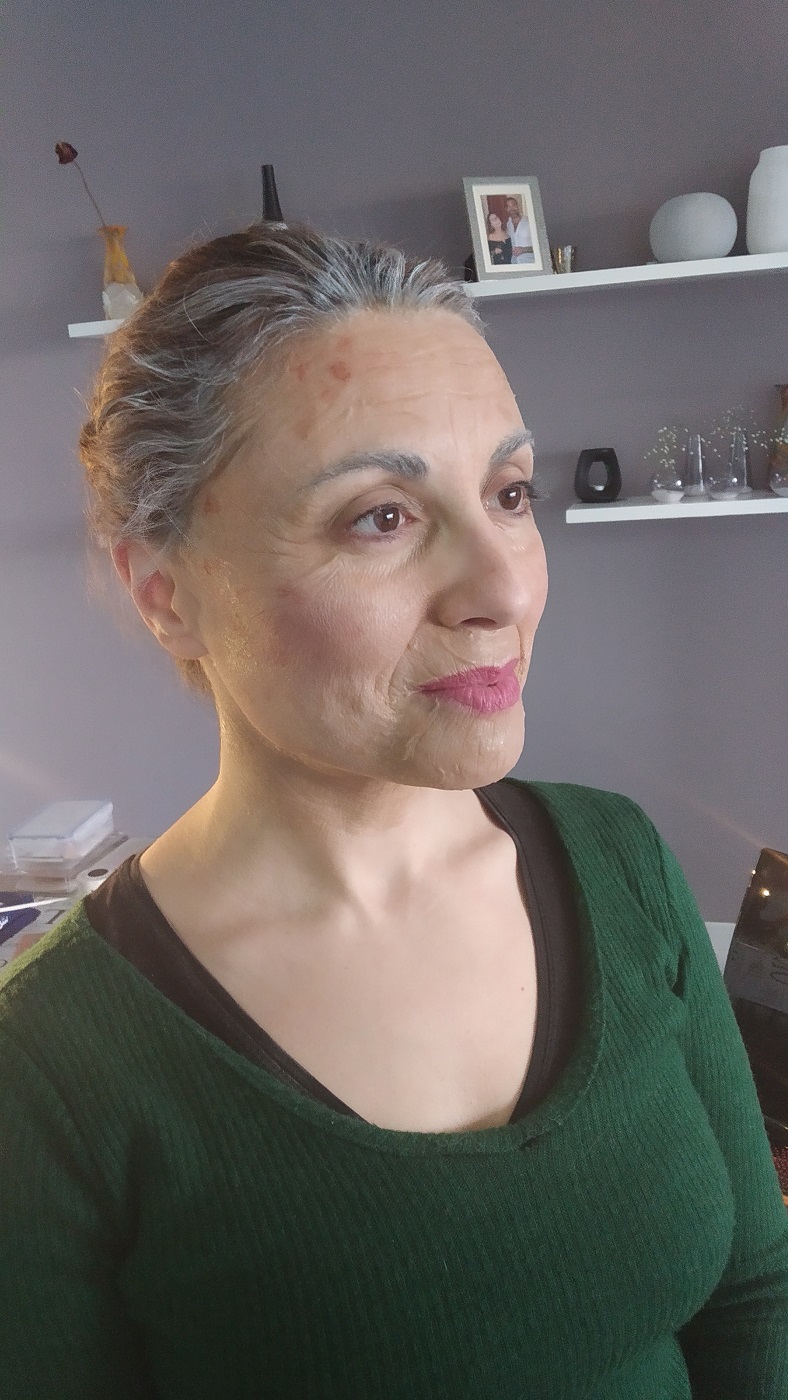 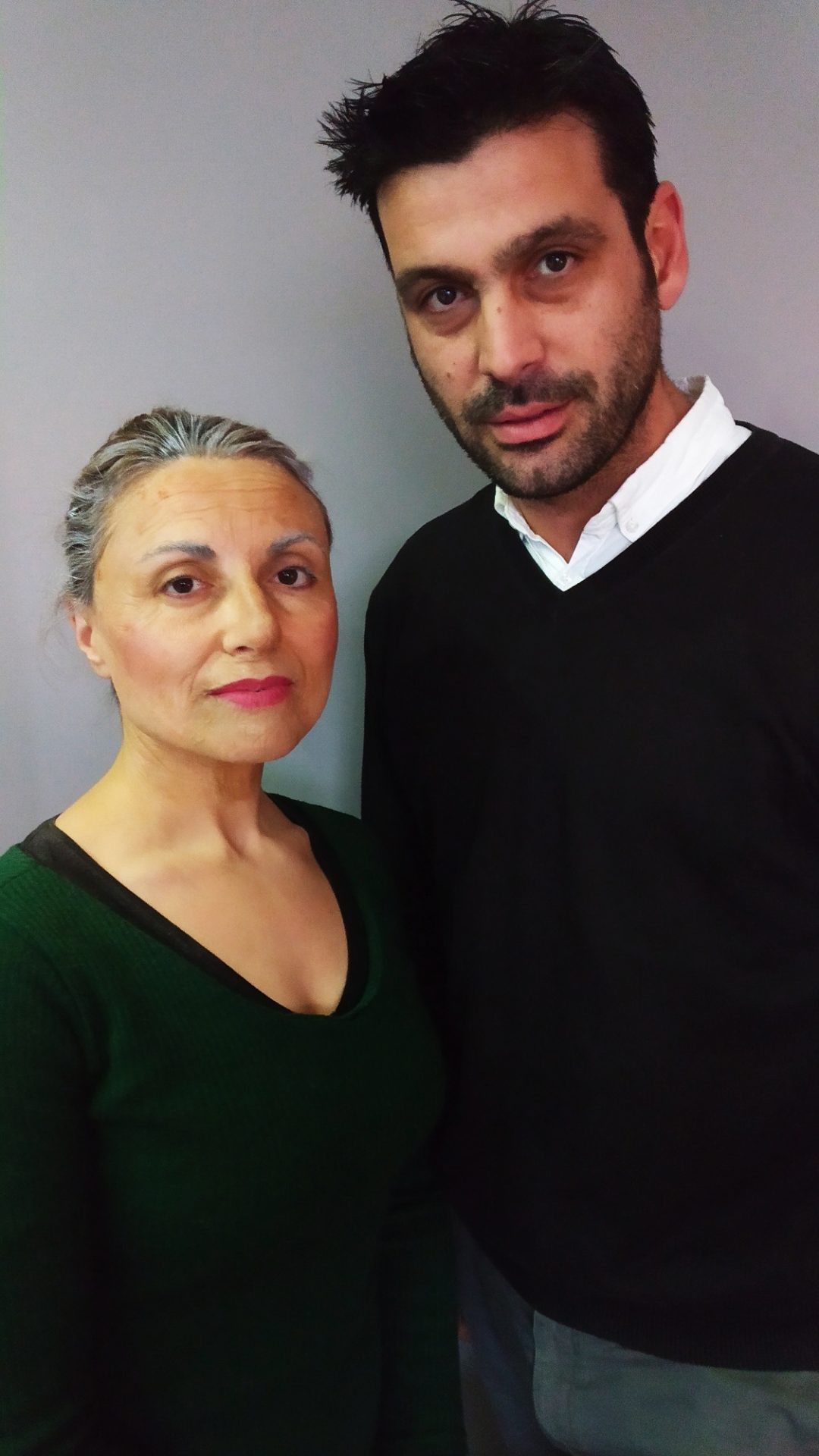 Actor Angele Galea is currently in rehearsals for Apotheosis, the story of a fictional Maltese female Prime Minister and the tragedy of her life. She plays Dolores, the main character in the play, a political outcast and deemed by many to be a traitor. Make-up artist Chantal Busuttil has been charged with transforming the 43-year-old actress into a woman in her 80s.
indulge.com.mt spoke to them both to find out more

Angele has acted in various theatre productions over the years, and has had myriad appearances on TV and radio. Angele is also a registered teacher of Art History and Technique, Piano Performance and Music Theory. She has taken part in various exhibitions with her paintings.

Chantal is a veteran of numerous movies and TV series filmed in Malta, and she has also worked on music videos for local and foreign artists, shows, ballet performances, fashion, photo shoots and weddings.

Apotheosis features a woman in her 80s played by one in her 40s. What are the challenges of playing a character so much older; and of creating her visually through makeup?

AG. As I’m playing a character twice my age, I have to rely on older women I have come across. I recall elements that struck me about them – their pace, the crack in their voice, their outlook on life, their challenges. Of course, I am portraying a Maltese woman, so I have a lot in common.

CB. Old age makeup is considered to be one of the hardest makeups to execute and make look credible and real, but I certainly love the challenge. I have done old-age makeups before and was pretty happy with the outcome. Hopefully this will be another success. Lighting will play a huge part in ‘making’ or ‘ breaking’ the way it looks. Some of the steps involved are measuring the actor’s face and features; sculpting prosthetic pieces to fit these measurements; making silicone moulds and filling these moulds with appropriate makeup material. And finally, we go through a couple of test makeups including other tools to bring everything together.

For Angele and Apotheosis, I didn’t go through the process of creating a full-face life cast, as the director really wanted it to be a ‘subtle age job’.

Angele, what’s it like being made-up to add decades to your face?

AG: It is odd to see your face transformed. Chantal makes it look so naturalistic so it does feel weird that within an hour or so, you have aged 40 years. After I remove the make-up, I put on so much face cream, to try and delay this process as much as I can!

Apart from the visual transformation, what physical traits have you had to adopt?

AG: I mostly worked on toning down my hand gestures and natural movements. I tend to fidget, pace around, like I’m always in a rush. So, with this piece, I am focusing on quietening down my manners. I still want her to be vibrant and alive, because the character still sees herself as a rebellious young girl, but that vibrancy has to be related to the audience through the aura about her.

When and why did you fall in love with theatre and the arts?

AG: I have always loved acting. I came across it in the musicals my mother loved watching. Also, my mother used to tell me stories and I used to act them out for her as part of my playing as a child. That is one of my earliest memories. Back then, there was not much of a theatre acting school scene, and I was encouraged to put my focus on academic subjects. But obviously, this keen interest in theatre never went away, until I just went along with it. I love all aspects of theatre work, be it on stage or production. I share this passion with my husband, actor and playwright, Malcolm Galea, so it is as part of our life just as much as any other daily task. We have our own theatre company, so theatre is our life.

CB: From as long as I can remember, I always had a deep affinity for the arts; ranging across many media, from painting to music, dance to sculpture. By the age of 11 I took up dancing and painting and it was from this child’s view that I knew definitely that my career would be linked to the arts. Once I was introduced to the world of film, I knew my ties would lie here, mostly.

Soon, make-up took on a magical quality in my eyes. Linking theatre, film and painting, makeup seemed like the world that would bond these three elements. Being able to transform and tweak someone’s look and features by creating special effects through makeup on this moving canvas, became my single motivating challenge.

By 16, I had started my studies in makeup at the International Federation of Aestheticians (INFA) school in Naxxar, Malta. Shortly after this, I landed my first challenging opportunity in film. I was to be one of the set make-up artists on the production of Helen of Troy (BBC). I furthered my studies in LA and have worked steadily in film and other media since

If you didn’t work within the arts, what would you be?

AG: I think I would be very sad mostly. The furthest I can go from it is applied arts. I find it very difficult to function without it.

CB: An architect, or I would have continued my yachting career.

AG: At the moment, it is watching episodes on Netflix. Mostly South Korean sitcoms or soap operas. I find the difference in culture mesmerising and I also love how they portray sad scenes. Their portrayal of grief is so natural and fascinating.

CB: Making people smile! Also, all forms of art, from music, to theatre, to sculptures, to paintings, to culinary art. Any art in all shape or form… and food and wine…. And travelling!

Apotheosis will be performed at Spazju Kreattiv from Thursday 7 to Sunday 10 March and Thursday 14 to Sunday 17 March at 8pm; with a matinee performance on Wednesday 13 March at 2pm. Ticket prices start at €10.00. For bookings visit www.kreattivita.org/en/event/apotheose/

The outreach and education programme of this project has been funded by the Small Initiatives Support Scheme (SIS), managed by the Malta Council for the Voluntary Sector (MCVS). This project/publication reflects the views only of the author, and the MCVS cannot be held responsible for the content or any use which may be made of the information contained therein

This Lent give a better future to Syrian children