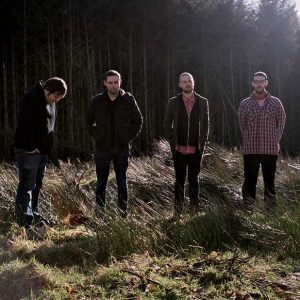 For a night of intense, alternative sounds, be sure to check out The Twilight Sad’s live performances in Valletta this weekend.

On Friday 9th and Saturday 10th, the revered Scottish trio, comprising of James Graham, Andy MacFarlane, and Mark Devine, will inhabit the intimate round theatre at St James Cavalier and perform tracks from their latest full-length album, Nobody wants to be here and Nobody wants to leave.

Coming from the likes of a band which has toured and supported critically renowned acts such as The Smashing Pumpkins, Manic Street Preachers, Biffy Clyro, Mogwai and Mono, this event promises to be a real treat. Graham’s alluring voice, thick with a Scottish accent, intertwined with MacFarlane (guitar) and Devine (drums)’s dense, multilayered sounds, is nothing short of incredibly dynamic. Equally soothing and energizing, The Twilight Sad’s music has been highly appraised by many, ever since their debut back in 2007, not only locally in Scotland, but also by American internet mag Pitchfork, which gave their first album a whopping 8.6 out of 10, AND by NME, who listed their third album in their critics’ choice Top 100 Albums of the Decade.

Supporting acts will include ethereal pop artist Yasmin Kuymizakis, also known as YEWS, and the roaring noise pop of the Clandestines, who will open The Twilight Sad’s performances on Friday and Saturday night respectively.

Tickets (€20) are available for purchase on this link.

Next Article
0
Monique Chambers January 7, 2015
No Comments Yet