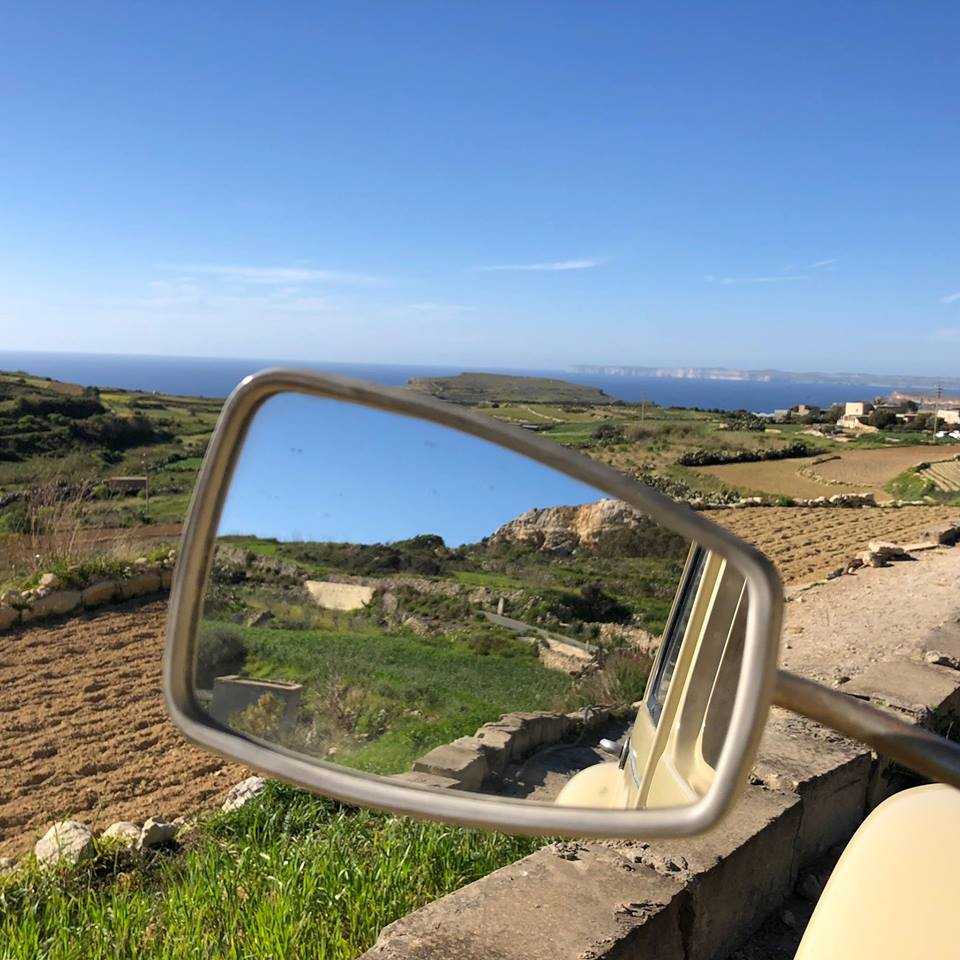 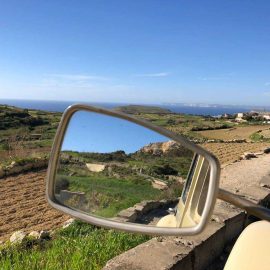 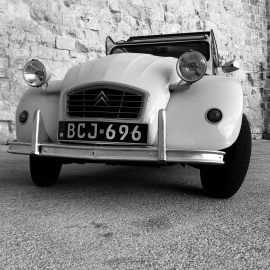 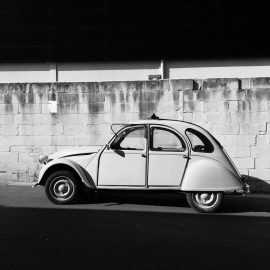 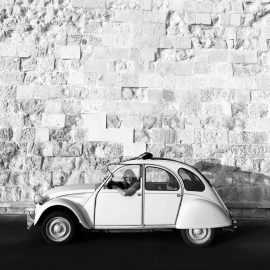 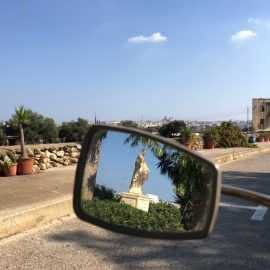 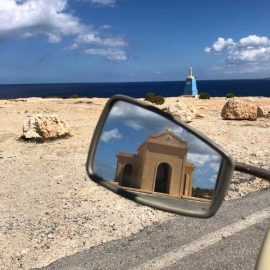 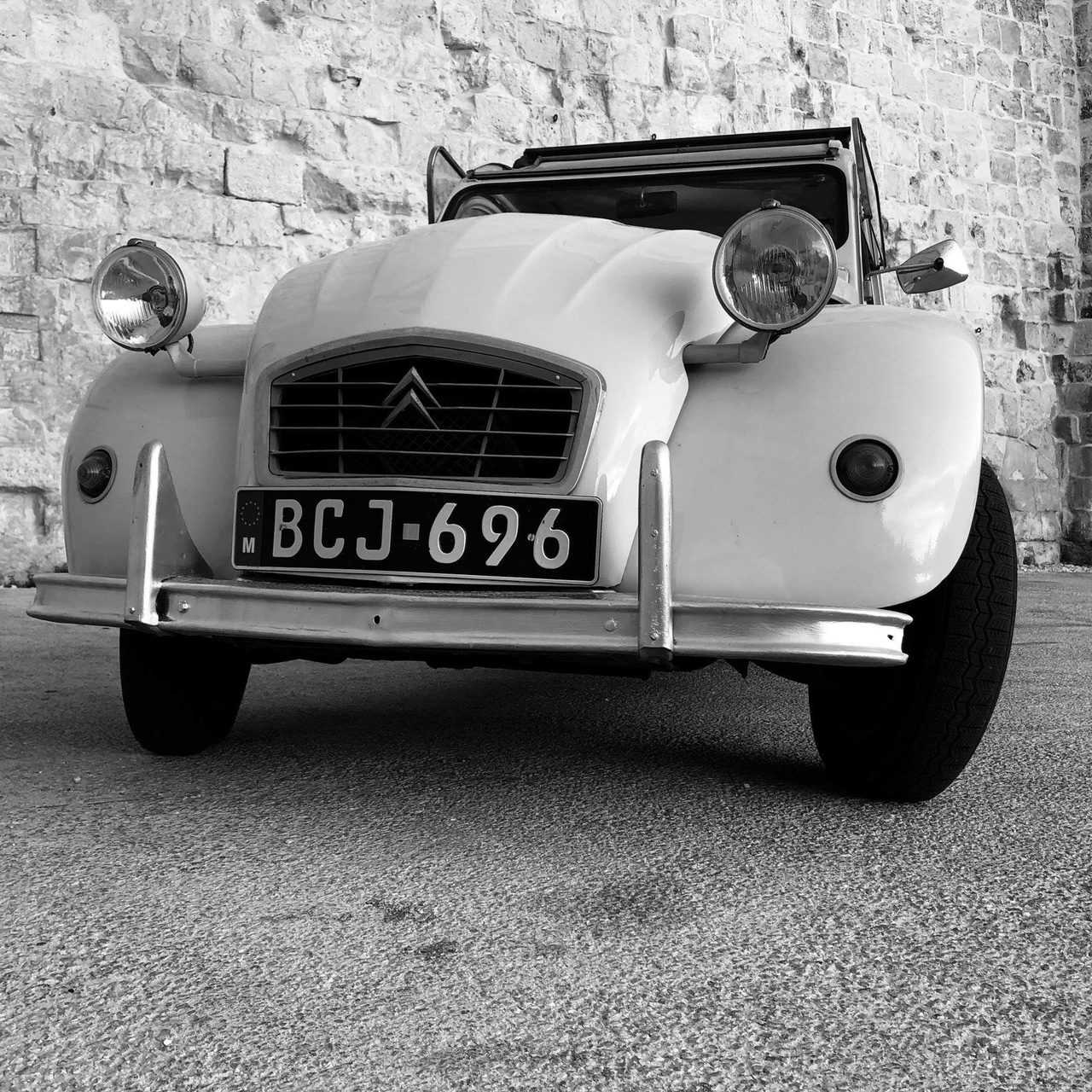 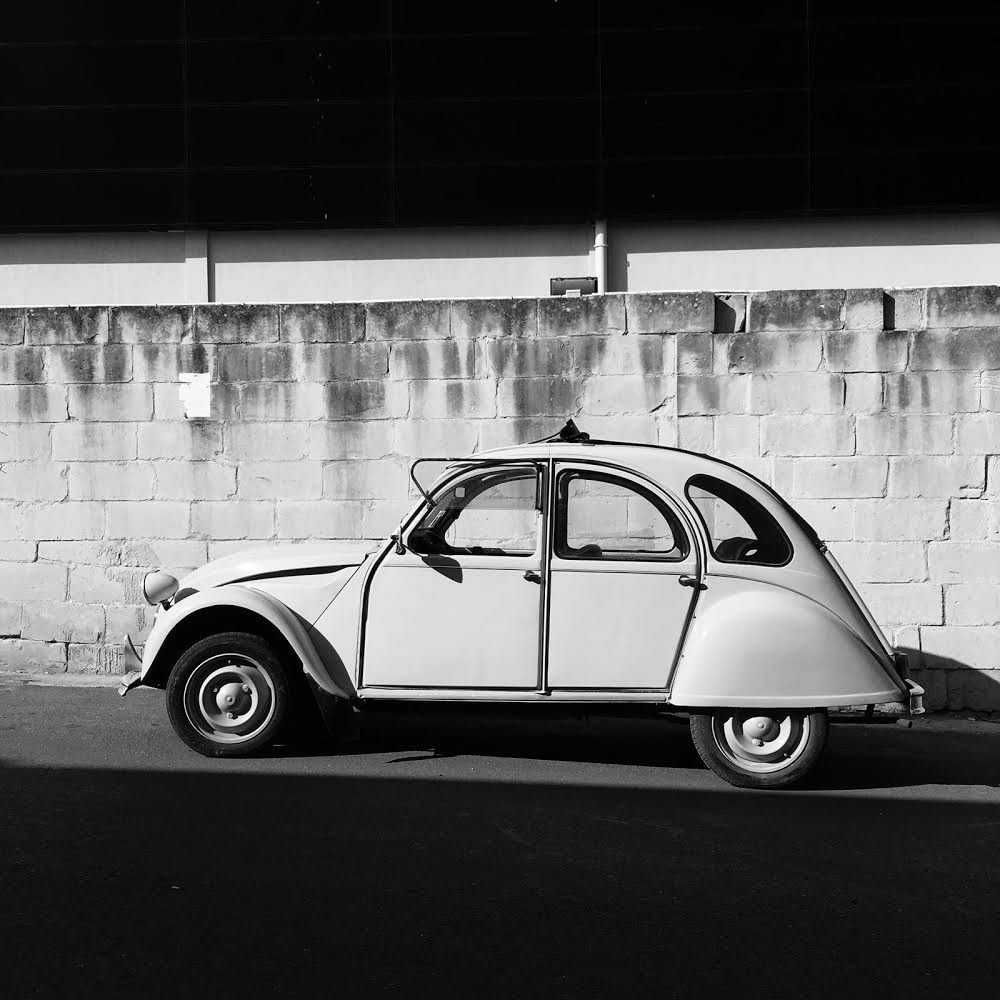 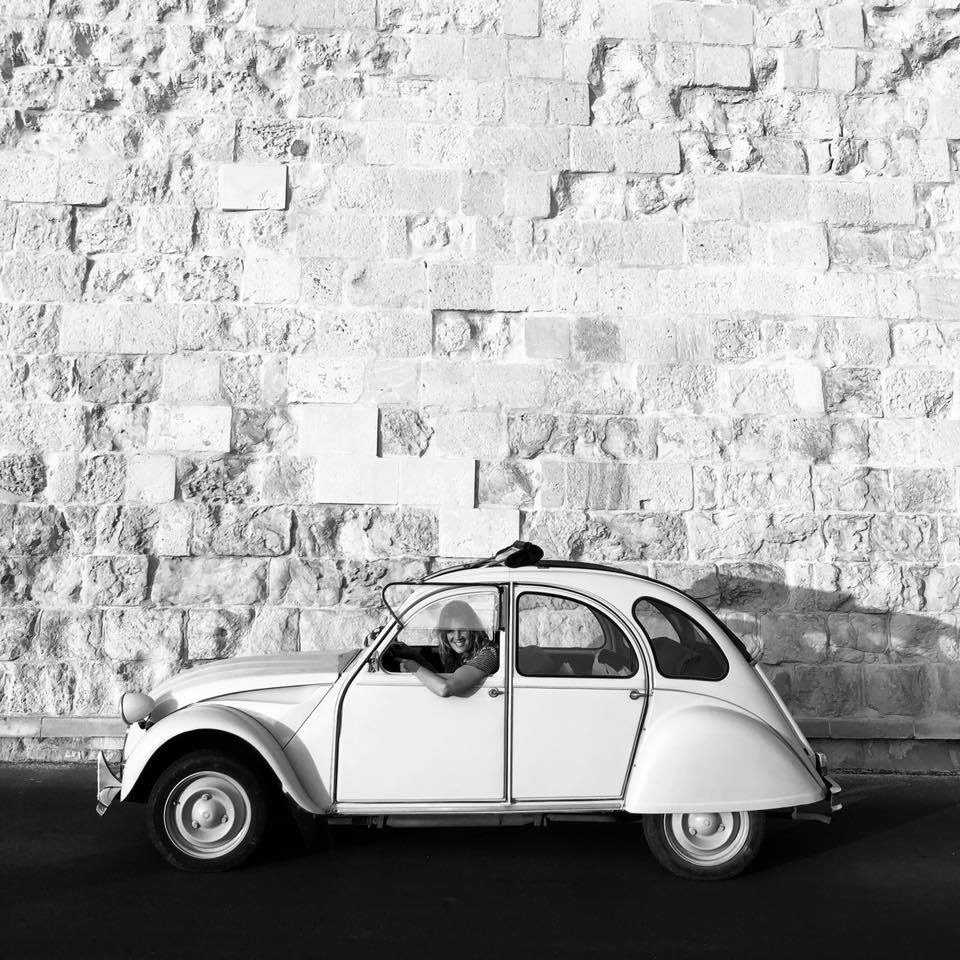 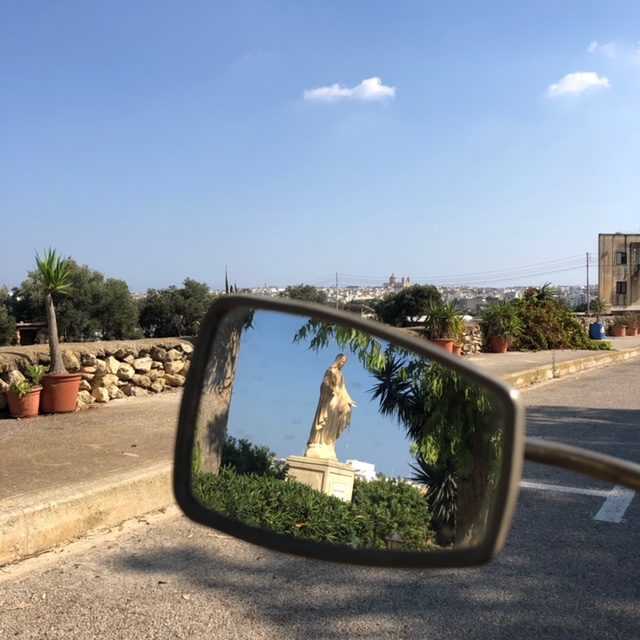 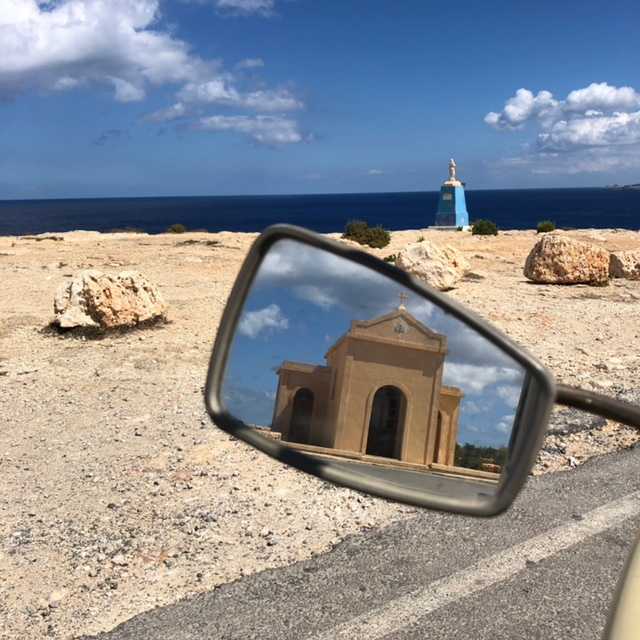 Since the age of seven, when she discovered her father’s Kodak camera, photographer and curator Janette Danel has never stopped using one; and after many years in the industry as a curator, she has now been invited to produce her first solo show Palazzo de Piro, Mdina, with her series called Through the eyes of Dolly …

“The title of this series came up when I was driving my old 2CV car, from the South of France, coming down the side roads, to finally end up on the boat, 12 days later, that would take me straight into Valletta,” recalls Danel. “Taking photos along the trip through the mirror reflects what I actually saw looking out of the window… and what I didn’t see in the first place in my rear mirror.

“Once in Malta, I thought I would capture the island in the same way. It’s like reflecting life. What had I seen, and what I had missed but thought I had seen. The past, which lay behind me in the mirror, and the present, which I could see through the window in front of me. Consequently, the past and present intermingle with one another and it seems that there are always two stories to a situation as to a moment.”

Born in Amsterdam, a passionate globetrotter at heart, Danel graduated in art history in Leiden, Netherlands and is now an expert in contemporary photography. After a spell at Sotheby’s, she established her gallery Chinese Eyes in Hong Kong and Paris, working there for six years. She then worked at Phillips de Pury in New York and London. At the same time, Danel became an independent curator for photographers such as Marc Riboud, Harry Gruyaert, Gao Brothers, David Goldblatt, Shai Kremer … exhibiting them in New York, LA, Hong Kong, Singapore, Arles, Moscow and Paris.

In 2010, Danel launched and directed the artistic programming of ‘Photo Off’ in Paris; opened her new gallery ‘KijK’ in Paris and specialized in contemporary South African photography.

In 2013, when both Danel’s children went off to university, she decided to sell her gallery to be able to devote herself to new and interesting projects – like sailing the globe.
After having lived and sailed around the world at various moments throughout her life, Danel decided to move to Malta in 2016. Now living in the Three Cities, she wants to spend more time on her own photography projects and is looking into organising photo workshops.

Recently Danel was invited to curate the SEA SHE SEES exhibition at the Maritime Museum, Birgu, where 15 Malta-based women artists of eight different nationalities showed their unique view on their encounter with the sea. Danel also took part in that show – the first time she exhibited her work. Having worked so many years amongst great photographers, Danel confesses it was difficult and scary to display her own work even though they encouraged her to do; and now she has finally embarked on her first solo show.

Through the Eyes of Dolly will be exhibited at Palazzo De Piro, in Mdina from September 6 until September 30.. Opening hours are 9.30am – 10.30pm every day. For further information visit the Facebook Event page

House of Dreams – a Collective Exhibition at Palazzo De Piro