The sky darkens and Malta becomes all grey. For this coming rainy week, there’s nothing better than a big blanket and a little snack before curling up for a good movie, alone or with someone… Here’s Indulge’s non-exhaustive list of the best rainy days movies.

For children : Inside out 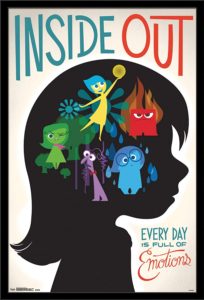 What if you finally understand why you’re acting according to this or that emotion? Riley, a young teenager, moves from her native Minnesota to San Francisco with her family. In the Headquarters of her head, 5 personifications of her emotions try as best they can to manage this big change : Joy, Sadness, Fear, Disgust, and Anger. Those emotions will have to agree on how to get through all these new developments in Riley’s life.

A cartoon for both children and adults who haven’t yet really grown up! 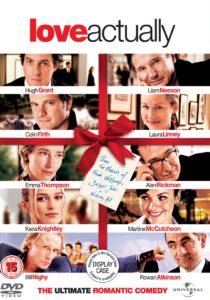 A choral movie that will make you discover what Love is with a big L, true love, the first, the last, love at first sight… In a London enlivened by the Christmas season, you’ll discover love in all its forms through 8 very different love lives. Souls sensitive to love, take out the tissues because Love Actually will make you cry with joy, sadness but also laughter!

To watch alone or in pairs… Maybe better in pairs! 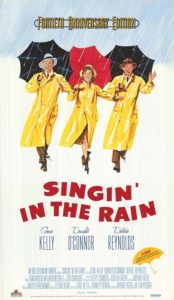 For those who take everything literally : Singin’ in the Rain

It’s pouring so let’s watch a movie with rain, right? So let’s go for the flagship comedy of the 1950s, which narrates us with humour and song the transition between silent and talking films. Don and Lina, two silent film stars, will now have to talk while playing. The problem? Lina has a terrible voice. Kathy is then hired to double the latter….

« I’m singin’ in the rain, what a glorious feeling, I’m happy again! » The best musical to make you smile again but be careful that it doesn’t make you want to jump into puddles… 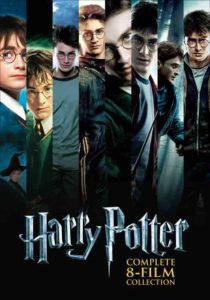 We’ve almost all seen the Harry Potters, from the oldest to the youngest in the family, everyone knows the main saga that set fire to the 2000s. For a rainy day that doesn’t make you want to do anything but vegetate, the Harry Potter film series is your man! 8 movies, 1179 minutes, that should suit you little lazy!

Take out your magic wands out and get ready for an Harry Potter marathon! 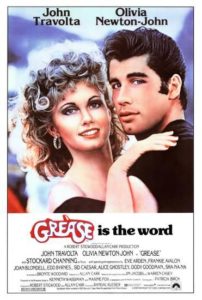 Personally, the musical that always puts me in a good mood is this one. Grease has all the qualities of a masterpiece that will no longer be made : a brilliant cast, an exceptional soundtrack that has rocked more than a generation, characters that are both profound and funny… A true classic! Summer 1958, Danny Zuko, a very popular rebel in his American high school, meets Sandy Olson, a frightened young Australian virgin. These two never thought they’d meet again until Sandy moved out to the same high school as Danny! But is it possible to live a love story when you come from two worlds so far apart?

If you’re in the mood of singing or dancing, take out your T-Birds or Pink Ladies jackets and put on Grease! 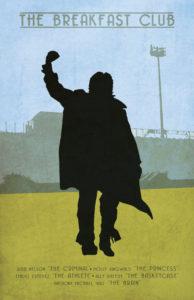 For unconditional teenagers : The Breakfast Club

It’s a detention that will bring together these 5 different students who were never meant to meet, and certainly not talk to each other : a spoiled child, a geek, a sportsman, a rebel and a pariah. Despite the preconceived ideas they have about each other, they will discover during this detention that they have much more in common than they thought…

This film was an inspiration for a whole generation of teenagers who felt abandoned by their society. So, teenagers forever, this one is for you.

For travelers : Midnight in Paris 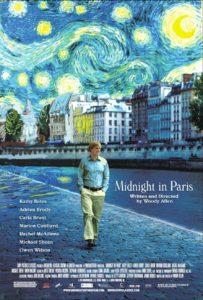 If you want to discover France without spending a penny, Woody Allen has done you a favor with Midnight in Paris. When an uninspired screenwriter lands in Paris with his fiancée, he had no idea he could return to the 1920s every day at midnight. He will make fabulous encounters there, between Hemingway, Cocteau, Fitzgerald or Picasso who will lead him into the artist’s world of the Roaring Twenties. But Paris remains the city of love and perhaps it’s during the Belle Époque that he will find it…

Travel, art and literature lovers, this film will make your rainy day a beautiful sunny one! 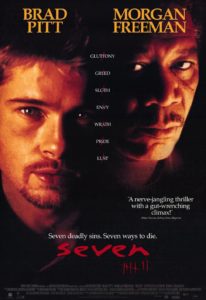 A fan of thrillers and bloody movies? You will be served! Morgan Freeman and Brad Pitt will accompany you on this rainy day and lead you into a complex police case.

2 detectives, one experienced and the other new in the profession, will have to face a psychopathic serial killer who has decided to use the 7 deadly sins to choose his victims.

Believe me, you will be carried to the very end in this particular thriller! Just for Brad Pitt’s performance, I invite you to devote an afternoon to it.

And for me ? Leon : The Professional

But then, in all these movies that are on my list, which one do I watch when it rains? 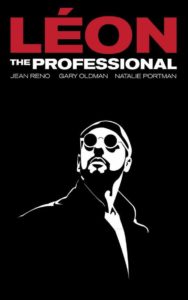 The perfect rainy day film for me is Léon directed by Luc Besson who revealed Natalie Portman to the grand public and gave Jean Reno a wonderful role. It was that 1994 film that made me fell in love with cinema. It has everything a classic should have : action, love, a soundtrack that makes its effect, a casting that borders on excellence and of course an incredible directing. In this thriller, you will uncover a violent world in which Matilda, 12 years old, finds herself hosted by Leon after her family’s massacre by drug dealers. Léon, a professional hitman, decided to teach Matilda the ropes of his profession. It’s then that a special relationship is created between Leon and Matilda, a relationship between family and love, a relationship between a lonely man who didn’t know what it was like to have someone to love and a little girl who finds the love she lost after her family’s death.

If you want to watch this masterpiece plan a lot of tissues, I still have some after-effects I can assure you.

You are now ready to face this rainy weekend, indulge yourself !