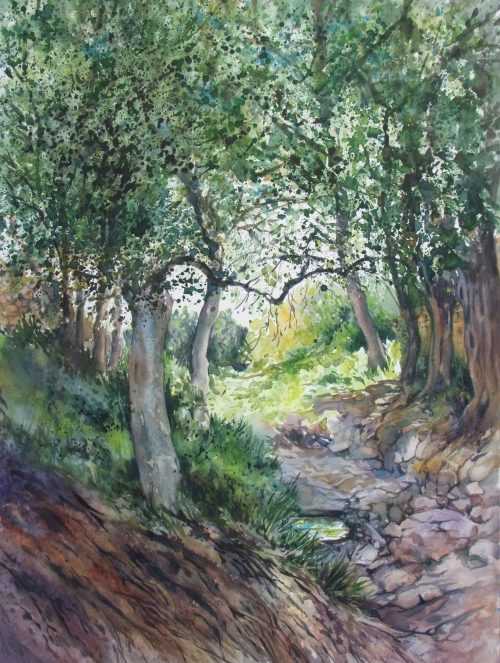 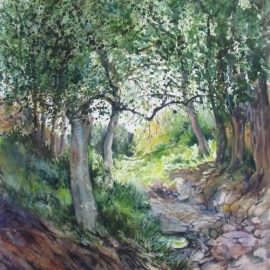 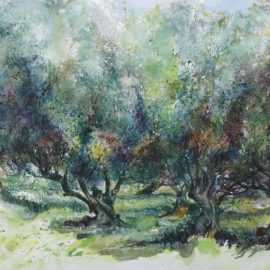 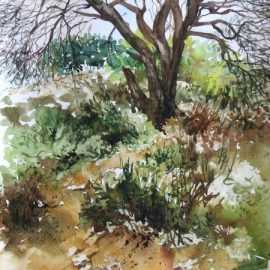 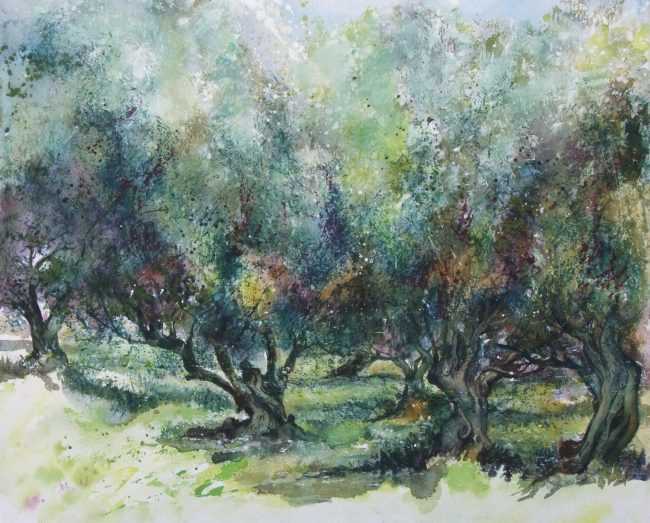 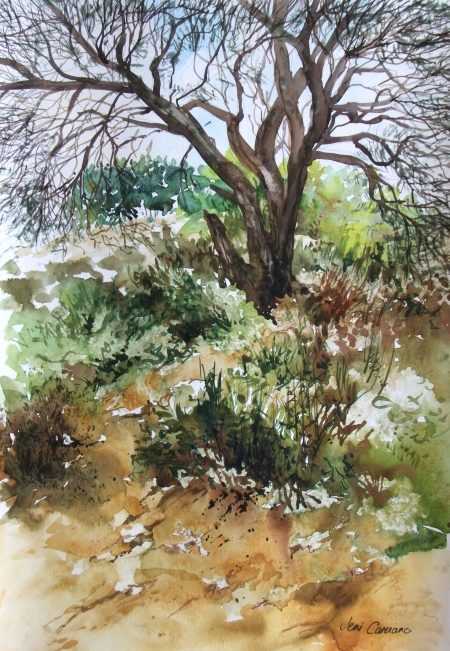 Artist Jeni Caruana will be holding an exhibition of works entitled Arbor Vitae (Tree of Life) at The Majjistral Nature and History Park, Ghajn Tuffieha from November 5 until December 16.

Born in England, Jeni Caruana settled in Malta in 1977 and has since become a well-known contributor to the Maltese art scene. She is known for her watercolour landscapes and her on-the-spot painting at live music and dance performances. Caruana has held regular solo exhibitions of her works and participated in numerous joint, group and collective exhibitions in Malta and abroad.

Trees have always been one of Caruana’s recurrent motifs. Arbor Vitae began with the idea of juxtaposing dancers in fleeting motion with the static motion and stability of trees. As it developed, however, Caruana began to focus more on the different aspects of trees that came up and how we relate to them as humans. Caruana wasn’t so interested in defining particular types of trees as much as exploring the many meanings attached to them, and how vitally important it is that we preserve, respect and protect them.

Each painting in the exhibition has a short text accompanying it, putting forward many arboreal facets, from recent NASA research to ancient mythological significance, from practical suggestions to rather more arcane ideas.
While the exhibition is hanging Ms Caruana will be hosting some events at the Majjistral Visitors Centre. These include an entertaining talk by the Chairman of the Park, Mr Sammy Vella, followed by a guided walk.

The Majjistral Nature and History Park is the first National Park in the Maltese islands. It is situated along the Northwest coast of Malta and stretches from Golden bay to Anchor Bay. The whole area was declared a National Park in 2007, and falls under the governance of Din l-Art Helwa, Nature Trust Malta and the Gaia Foundation. The Visitor’s Centre where the exhibition is being held is a beautifully renovated building in the old British barracks, dating back to the early 20th century, situated between Golden Bay and Manikata.

For further information about the Majjistral Nature and History Park visit www.majjistral.org or call 2152 1291

The Arbor Vitae exhibition will be open to the public daily from 10.00am to 3.00pm from November 5 to December 16.

It's panto time - you better un-believe it!

Be inspired to donate for a great cause