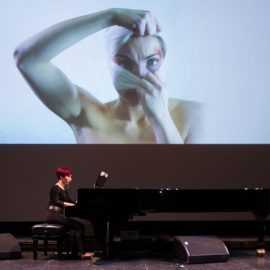 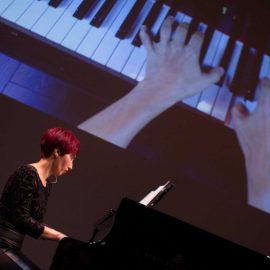 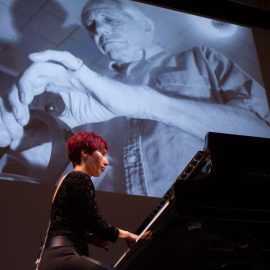 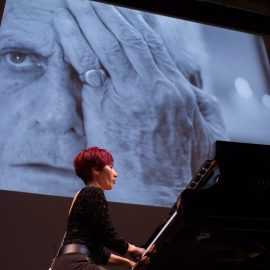 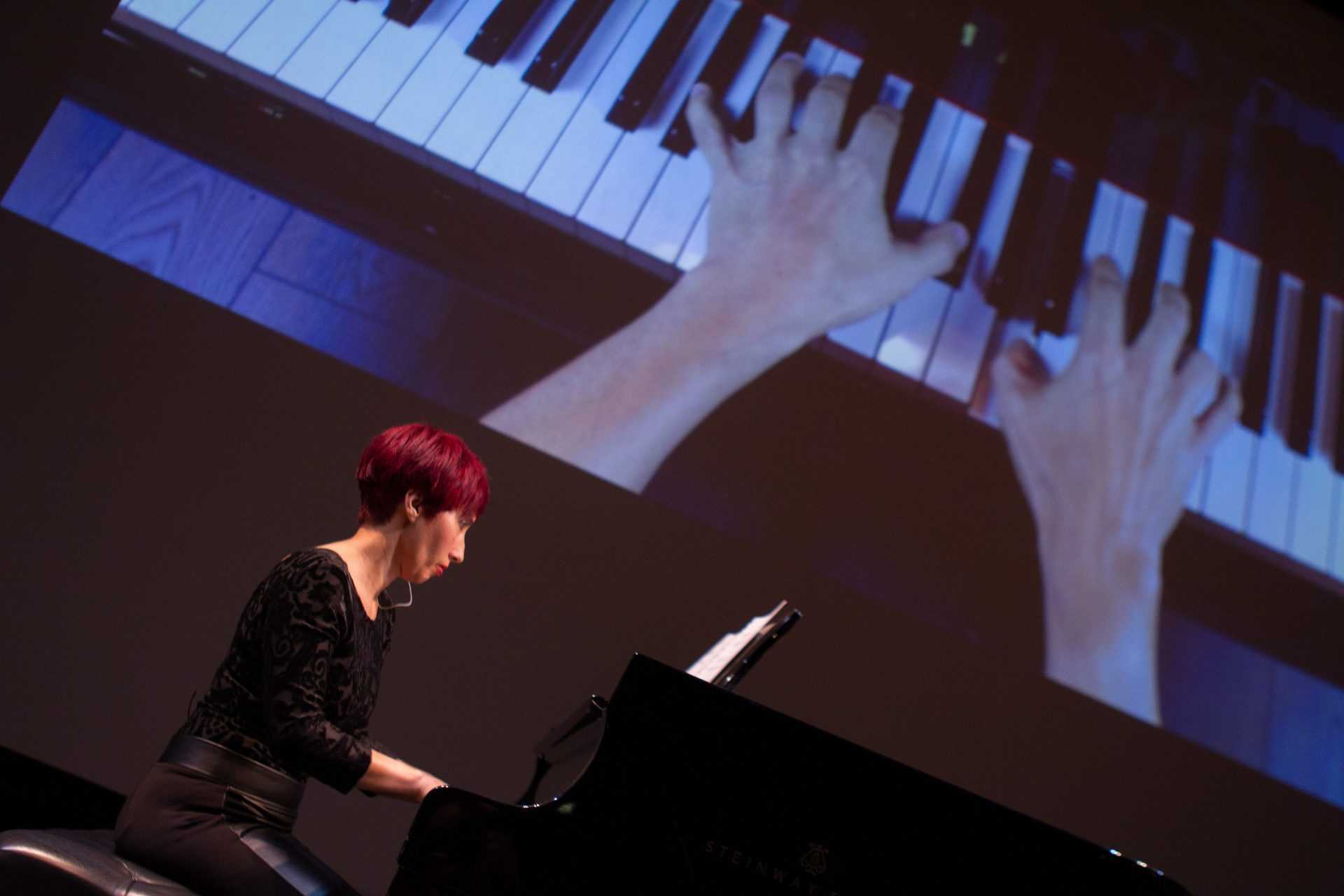 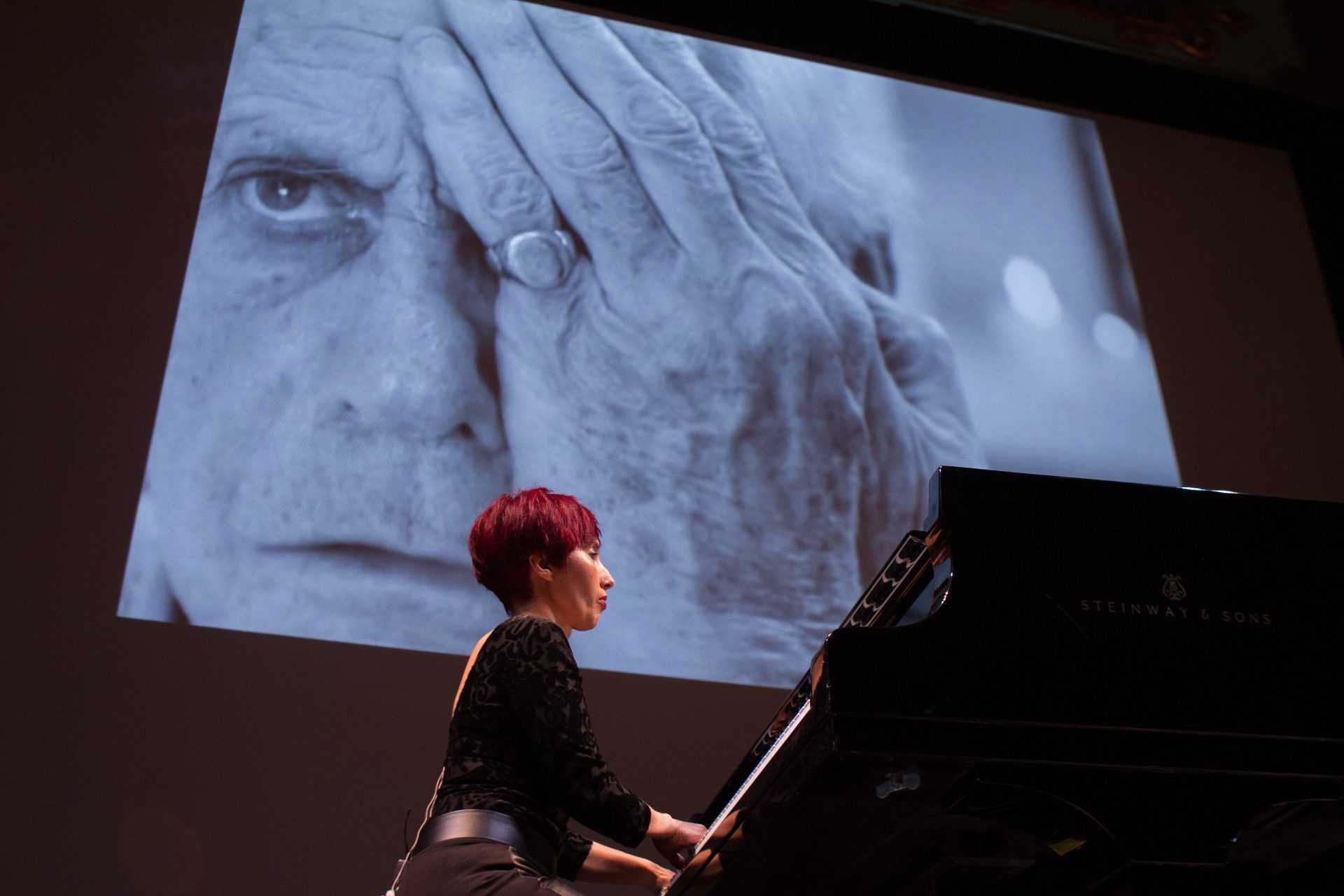 Born in Malta, of Irish and Welsh descent, Tricia Dawn Williams is committed to contemporary music, multimedia and new technologies. Her concerts transform the piano recital into an interdisciplinary performance featuring video-art, electronic music and extended piano technique. Williams is one of the first concert pianists to collaborate with developers and composers internationally on the application of motion-capture technology. She uses the MYO band interface on her forearms to manipulate and trigger electronic music in real time during her concerts. As a dedicated promoter of new music, Williams has commissioned, premiered, and recorded numerous works. Her international performances have taken her to most major cities in Europe. She has also performed in South Africa, USA and in Australia.
Williams will be performing in Modern Music Days on 15 September at the Valletta Campus Theatre. She spoke to indulge.com.mt about the performance

The concert on the 15th of September at the Valletta Campus Theatre will include video-art, percussion, dance and piano works. All these different strands coming together in one vibrant programme. I am happy to say that most of these works include the piano.
In Pounding, for piano and video, composer Ruben Zahra creates a visual narrative to the rhythmic character of the score where the intensity of the percussive clusters in the music are juxtaposed with scars on the face of a model. Meanwhile, in Transit, for piano and video by Dutch composer Michel Van der Aa, the movement of the pianist interacts theatrically with the video projection. As the focus shifts between the video and the virtuoso performance of the pianist, the film footage shows us an old man trapped in his own house as he struggles with loneliness, verging on insanity.

Another work by Zahra, All Work and No Play presents a visual and musical dialogue between the instrument and a video of a typewriter. The video acts as a visual backdrop as well as an instrument since the rhythmic character of the typewriter is included within the composition to create a ‘duet’ with the piano. The composer explores a novel relationship between video and music whereby the piano score is derived from sound material of the video. The piano imitates the rhythmic permutations of the typewriter, transposing the pattern across the keyboard.

Matre’s Dance by John Psathas from New Zealand is composed for percussion and piano and for this tour de force, I will be joined by percussionist Daniel Cauchi. The title refers to a dance performed by a group of fanatics in one of Frank Herbert’s Dune Books. The dance was non-repeating and exhausting for the dancers, who often collapsed or died before completing the extremely long, complex routine. I must say Psathas has managed to transpose this very same complexity and technical difficulty in his composition. Let’s just hope neither I nor the percussionist drop dead after playing it!

The highlight and grand finale of the evening is surely the ballet Parade. This dynamic performance is a reworking of the iconic 1917 ballet featuring the music of Erik Satie, scored to a one-act scenario by Jean Cocteau with costumes and sets designed by Pablo Picasso. Artistic director Ruben Zahra revisits the ballet with new media techniques such as stop-motion animation and projection dancing to embellish the choreography created by Diane Portelli & Dorian Mallia  from Moveo Dance Company. For this new version we are using Satie’s own version of the score for four-hands piano. I will be joined by Gisèle Grima on the piano and accompanied by Daniel Cauchi on the percussion.

What does being a part of this unique experience mean for you?

As a pianist and technology enthusiast, this type of performance creates endless possibilities for me and I am intrigued by the interdisciplinary aspect. I am excited each time I learn about a new composer and discover his works. An example of this is Psathas. I was introduced to his music during my visit to Australia where I was performing with the Australian percussionist Kayleigh Dunstan. She asked me whether I had ever played Matre’s Dance. I had not come across this monumental piece but all we needed was Wi-Fi and Spotify. The minute I heard it, I knew I had to play it, I just needed a percussionist willing to go on this ‘up-beat’ journey with me.

I also enjoy working with the composer throughout the creative process of a new piece. All Work and No Play portrays a ‘musical’ dialogue between the piano and video clips portraying the rhythmic clicking of a typewriter. I worked with Ruben to record the video footage used in this piece. It feels good to be involved from the beginning in the creative process of a new work.

Another important aspect for me is sharing the stage with other musicians. It’s wonderful to work with Gisèle on Parade. We are very different pianists: Gisèle is very thoughtful, has a great eye for detail and delicate in her piano playing, whereas I am more impulsive with a passion for rhythm. And yet we managed to create a good balance on the piano for this piece. As for Daniel, when I met him for our first rehearsal Matre’s Dance we felt as if the music was written just for us. We locked in immediately. I must admit, my favourite instrument to perform with is percussion.

What has the reaction been so far to the individual performances, and what can audiences expect from this show?

Well, you never know how the public is going to react to a performance, or to a new piece of music. I think about this often when I walk on stage with some electronic device attached to my arms or when I set my iPad on the music stand instead of playing from sheet music. I wonder what they think when I stand up and reach inside the piano to pluck the strings and create different sounds, or when I insert objects inside the strings to alter the sound of the piano. I often catch these curious looks from the corner of my eye and I’m happy because I know I got their attention.

The music I perform is New Music, meaning most probably nobody would have heard it before. There is always great satisfaction in bringing music to life but I feel it is even greater when the composer is alive, the music freshly-written and we’re all experiencing this incredible energy of a new work coming to life. After all, isn’t this what happened regularly when Mozart, Haydn, Beethoven and their contemporaries were alive? People would gather at home in their parlours where they listened to and/or played the music themselves in civilised company as entertainment. Many people ask questions about the music that was performed; others are curious as to how I manage to get in touch with composers from all over the world. So up till now, the reaction of the public has always been positive and enthusiastic!

Modern Music Days will be held on Saturday 15 September 2018 at 9pm at the Valletta Campus Theatre in Valletta (former MITP).
For more information, visit www.modernmusicdays.eu. Tickets are available from www.ticketline.com.mt

Through the Eyes of Dolly...