This month saw music icon Debbie Harry, also commonly known as ‘Blondie’ turn 75. The singer, who fronted the band by the same name is known for her punky glam style which has inspired rock-chicks and disco queens for decades.

The New Wave band, which formed in 1974, started out active on the New York gig circuit and reached dizzying fame in the late seventies early eighties with pop-punk hits like ‘Heart of Glass’ and ‘Atomic’. The band’s name actually derived from comments made by truck drivers on the road who catcalled “Hey, Blondie!” to Harry as they drove past.

With her trademark rooty peroxide hair and electrifying stage presence, Debbie Harry and her inimitable swagger continues to be a source of relevance for fashionistas and stylists to this day. On her birthday month, Indulge looks back at some of the styles that Blondie returns to time and time again for our second instalment of our Vintage Style Icon Series. If we can harness just a fraction of Debbie Harry’s coolness, we’ll take it! 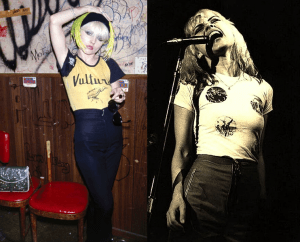 Ever worn a distressed band tee and jeans? Well, you probably have Miss Debbie Harry to thank for that! The original punk rock chick loved repping other bands on the scene on stage, paired with denim and a smoldering smoky eye. 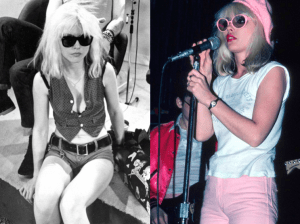 Nothing screams ‘Rockstar’ like messy hair and indoor shades, and Debbie Harry had a pair for every occasion! She was doing waistcoats and short shorts way before Kate Moss, and even manages to keep this cotton candy hued pair edgy. 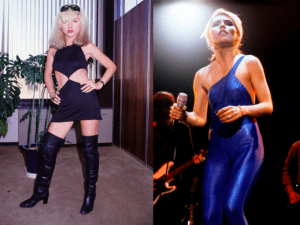 As much as she loved tomboyish tees, Debbie Harry could also do glam with a capital G. Blondie rose to fame at the height of disco, and apart from metallic pleats, she loved a good statement mini and a lotta lurex, like this one shoulder petrol blue number. 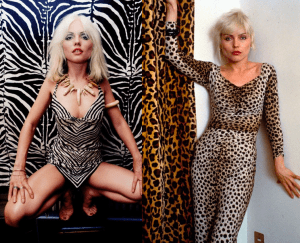 The OG of leopard print was Harry herself, and every fashionista nowadays knows animal print is a neutral. Don’t forget about the lesser-seen zebra print which is equally fierce! On another note, check out that blue eyeshadow and statement jewellery and take note… 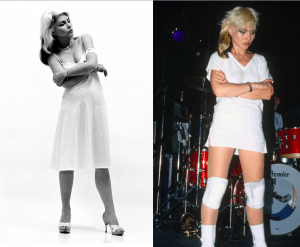 The album cover of the band’s third studio album ‘Parallel Lines’ is one of the most iconic of all time, and Debbie Harry’s white midi dress is almost a cheeky take on Marilyn Monroe’s. From that to a throw-on oversized white t-shirt, Debbie Harry is white-hot whenever she rocks the minimalist hue.

Who would you like to see next in our Vintage Style Icon Series? Let us know in the comments on Facebook! Xx

LOVE dining out? This new Maltese website is a foodie’s dream come true!