For some, it’s Marilyn Monroe, for others it might be Brigitte Bardot, but personally, my favourite vintage style icon when it comes to the actress/model crossover has to be Sharon Tate. A screen siren in the 1960s, Sharon landed small television roles before featuring in films such as pop culture classic Valley of the Dolls, a bona fide treat for the eyes of vintage fashion lovers!

The doe-eyed beauty was known for her gentle mannerisms, yet her sex-appeal was ramped up in the male-dominated movie industry of the time. As a former beauty pageant contestant, her stunning looks had her double up as a model, and before her life was tragically cut short by the sickening Manson Family murders in her Los Angeles home, Sharon was pregnant, happily married to director Roman Polanski and on her rise to super-stardom.

Prior to the dreadful circumstances of her demise, Sharon Tate lived a groovy life with the jet-setting Hollywood crew. If you haven’t already, you must watch Quentin Tarantino’s Once Upon a Time in Hollywood – a fictionalised interpretation of 1960s LA featuring Margot Robbie playing Sharon superbly. Here are just a handful of styling tips to get Sharon Tate’s look this month. 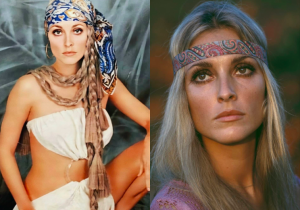 Nothing captures the hippy-luxe look quite like the narrow headband worn across the forehead. Sharon Tate is often seen in versions of this hairdo, and this paisley one is perfection. If you’re savvy with a sewing machine, you could try making one by hemming a thrifted men’s tie. 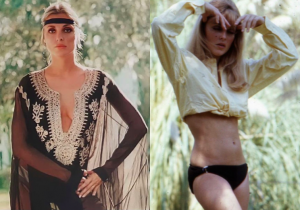 A cotton shirt tied at the front over a bikini is a super-easy way to get that retro look in hot weather. Very early 1960s pin-up. Kaftans make the perfect cover-up for swanning around in – they’re light and airy, and give off a mysterious bohemian vibe. We love the embroidery detail on Sharon’s floaty chiffon number. 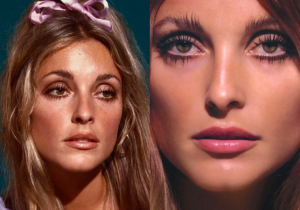 Sharon Tate’s complexion – with her California tan and sunkissed highlights – means just a light coverage is all she needs when it comes to foundation. Try mixing yours with an illuminating cream to form a tinted moisturiser. Follow with brown eyeliner, crème bronzer and a peachy lip. Upwards-combed eyebrows finish off the look. 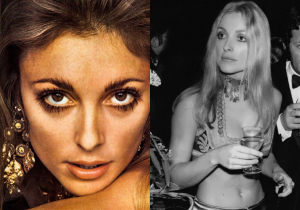 Sharon Tate reached her peak modelling and film career in the late 1960s, and peace and love were the themes du jour. Ethnic trends inspired by far-flung hippy-trail destinations like India and Morocco were all the rage, hence the jangly jewellery and garments like the kaftan and sarong. Look out for oversized danglers on your next flea market hunt! 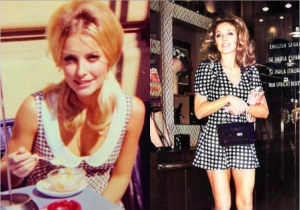 When Sharon Tate travelled to Europe, she adopted a more Continental look, compared to her boho LA aesthetic. This called for sharper tailoring in the form of fitted minidresses and Peter Pan collars for coffees in Paris and press appearances in Cannes… Gingham and bouncy hair is always a winning combination.

We went to the Rainforest Cafe!