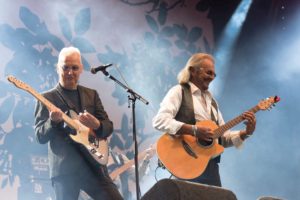 The 1970s are set to return to Gianpula Main Room on 9 November, in a one-night-only disco-tastic event that follows last year’s astoundingly successful ABBA Revival concert.
In support of the Save Valletta’s Skyline appeal, Disco Fever will feature the world-renowned tribute band, the Saturday Night Bee Gees. The six-member band will perform their acclaimed, fully live powerhouse show that transports us back to the boogie-era through the formidable songwriting talents of Barry, Maurice and Robin Gibb, with classic Bee Gees songs such as Stayin’ Alive and Jive Talkin’. Their outstanding repertoire also includes many other mega-hit party dance songs from greats such as Diana Ross, Tina Turner, Sister Sledge, Dionne Warwick, Candi Staton, Frankie Valli, and many more.
Continuing the ‘70s disco vibe even further will be a pre- and post-show party with one of the island’s most popular DJs and regular host of Isle of MTV, DJ Ian Lang.

“For many people, the disco fever of the ‘70s was the soundtrack of their youth, and for a younger generation it’s still being revived by movies and TV shows of the era,” explains organiser Kirsten Grenside. “We can’t wait to bring the disco decade back to the incredible Gianpula Main Room – somewhere everyone can let their hair down and boogie the night away for a great cause!” 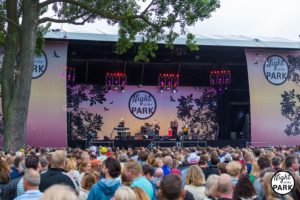 Disco Fever promises to continue the magic of last year’s hugely successful ABBA Revival concert, which welcomed close to 1000 revellers and contributed €26,753 to the Save Valletta’s Skyline appeal – a worthy cause that Disco Fever will once again support. The appeal hopes to preserve Valletta’s iconic skyline by raising more than €8 million to fund vital restoration work on the tower, spire and structure of St Paul’s Pro-Cathedral in Valletta.

“Valletta’s skyline is an iconic view that defines Malta, and Valletta is a treasure that everyone is justifiably proud of; unique, magnificent and a reminder to the world of Malta’s history and importance to Europe’s destiny,” continues Mrs Grenside. “Through the power of disco, we hope this fun-filled, boogie-tastic night will raise even more to help save the skyline.”

Disco Fever tickets are available now on www.ticketline.com.mt, with early bird discounts available until 30 September. The event will take place at Gianpula Main Room, Rabat, on Saturday 9 November 2019, with doors opening at 8pm. Please note that, for licencing reasons, Gianpula Main Room operates a strict ‘no under 17’ policy.

Story of Malta’s WW2 Courage to be Told at Phoenicia